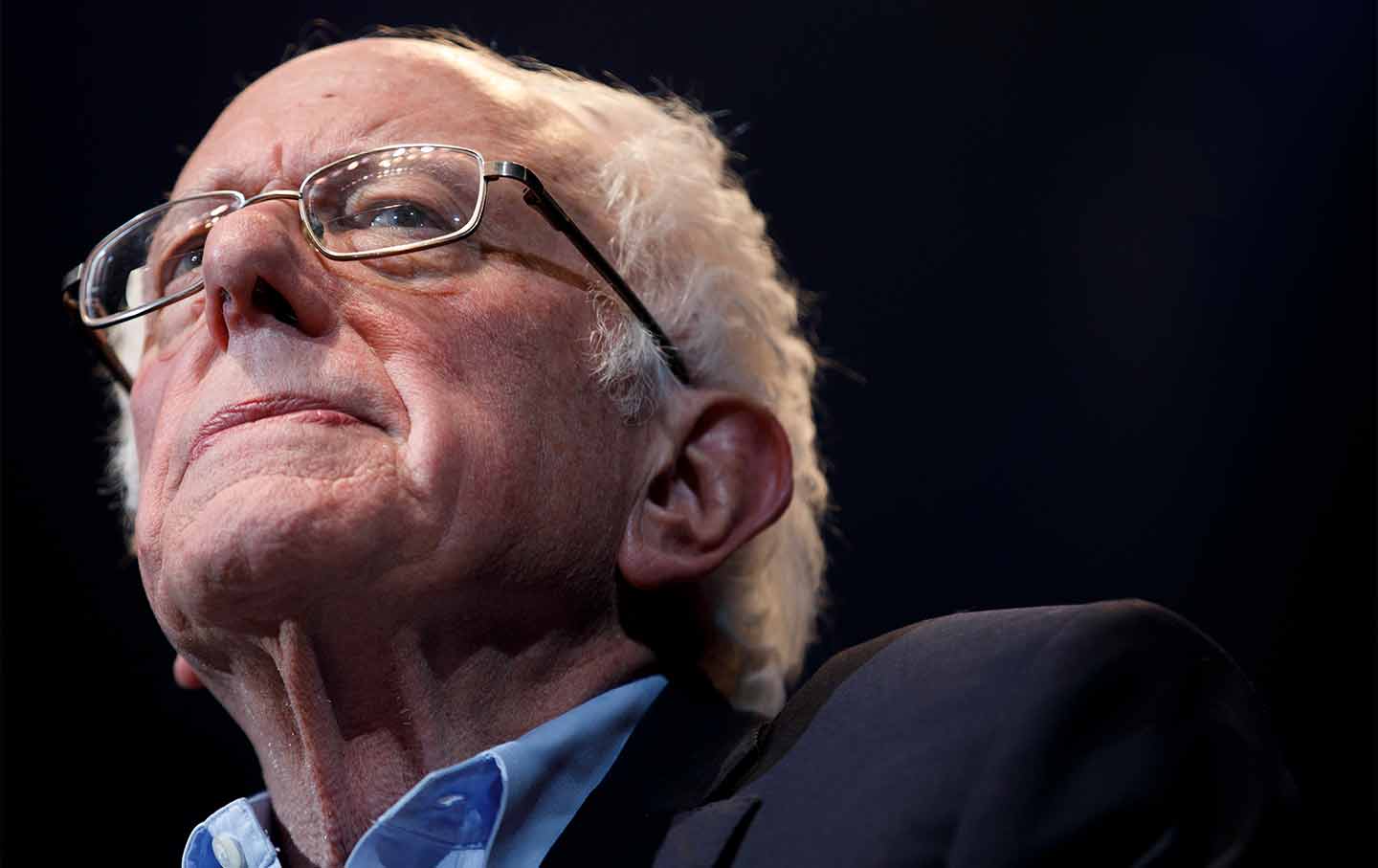 This Q&A was excerpted from an hour-long conversation between Vermont Senator Bernie Sanders and Nation National Affairs Correspondent John Nichols during the first-ever Nation Festival. Access the full video archive of the Nation Festival now, including this interview.

Vermont Senator Bernie Sanders joined the first-ever Nation Festival in mid-November, along with Prime Minister Katrín Jakobsdóttir of Iceland, author Naomi Klein, Black Lives Matter cofounder Alicia Garza, and more than a dozen other national and international leaders. Sanders and I spoke when it had become clear that Joe Biden won the presidency, but Donald Trump was refusing to accept the result.

JN: Did you ever imagine we’d be in a place where the defeated president was refusing to concede?

BS: No, I really have not. It turns out with this election, it wasn’t about health care or climate change or the economy or racial justice. It really came down to whether or not we were going to retain American democracy.

What frightens me more [is that] if you had a president who was off-the-wall and very fringy, that would be one thing. But what I think we should worry about even more is that this authoritarian president has completely transformed the Republican Party into a cultlike party. I know many of these Republicans. They’re not stupid. They’re not crazy. And yet, with very few exceptions, they are afraid to stand up and say, “Oh, Mr. President, you lost the election.” They can’t do that because they’re so terribly afraid of his hold on his base. That then takes us to an even scarier and more important issue, and that is not only “How does somebody like Trump get over 70 million votes?” but that the last polling I have seen is that 60 percent, 70 percent of his supporters think he won the election.

JN: You’ve always recognized structural insufficiencies in democracy. If we fail to address them, Trump won’t be the last of his kind, will he?

BS: I want to underline that point a dozen times. This is a guy who’s crazy and is completely undisciplined. What happens if you have the next person around who is not crazy and is not undisciplined, who does not go around attacking people like Dr. [Anthony] Fauci or the [network] correspondents? Then you’re in real danger.

We have gotten a reprieve. Democracy has gotten a reprieve with Biden’s victory. That’s all it is. We did not win a rejection of what Trump stands for. We have got to ask ourselves, “Why are we at a place where democracy is now so very threatened, and what do we do about it?” That is the question that every American should be discussing.

JN: Your 2016 and 2020 presidential campaigns sought to open up a debate about reconnecting the Democratic Party with working-class concerns. What needs to happen?

BS: The problem that we have—as I see it, and people may disagree with me—is it is one thing to be a Democrat and say, “We’re going to expand health care.” That’s good. But you’re not explaining to people why things are the way they are.

JN: After the election, a number of people—like former Ohio governor John Kasich and some other so-called never-Trump Republicans, but also some Democrats—suggested that Democrats didn’t do better in the election because of the left, because of talk of the Green New Deal, Medicare for All, defunding the police, democratic socialism. You pushed back. Tell me what’s going on there with that debate.

BS: Well, it’s what always goes on. The establishment will use any and every reason to attack progressive ideas, even when those ideas are enormously popular. Now, I’m not a great fan of polling or exit polls, but there was some exit poll done by Fox, I think, that asked the question, “Do you believe that the government should provide government-run health care to everybody?” And 72 percent of the people said yes. When you talk about Medicare for All, usually the polling is very, very good. Green New Deal, the polling is very, very good.

For access to the full Nation Festival archive, visit TheNation.com/festival.