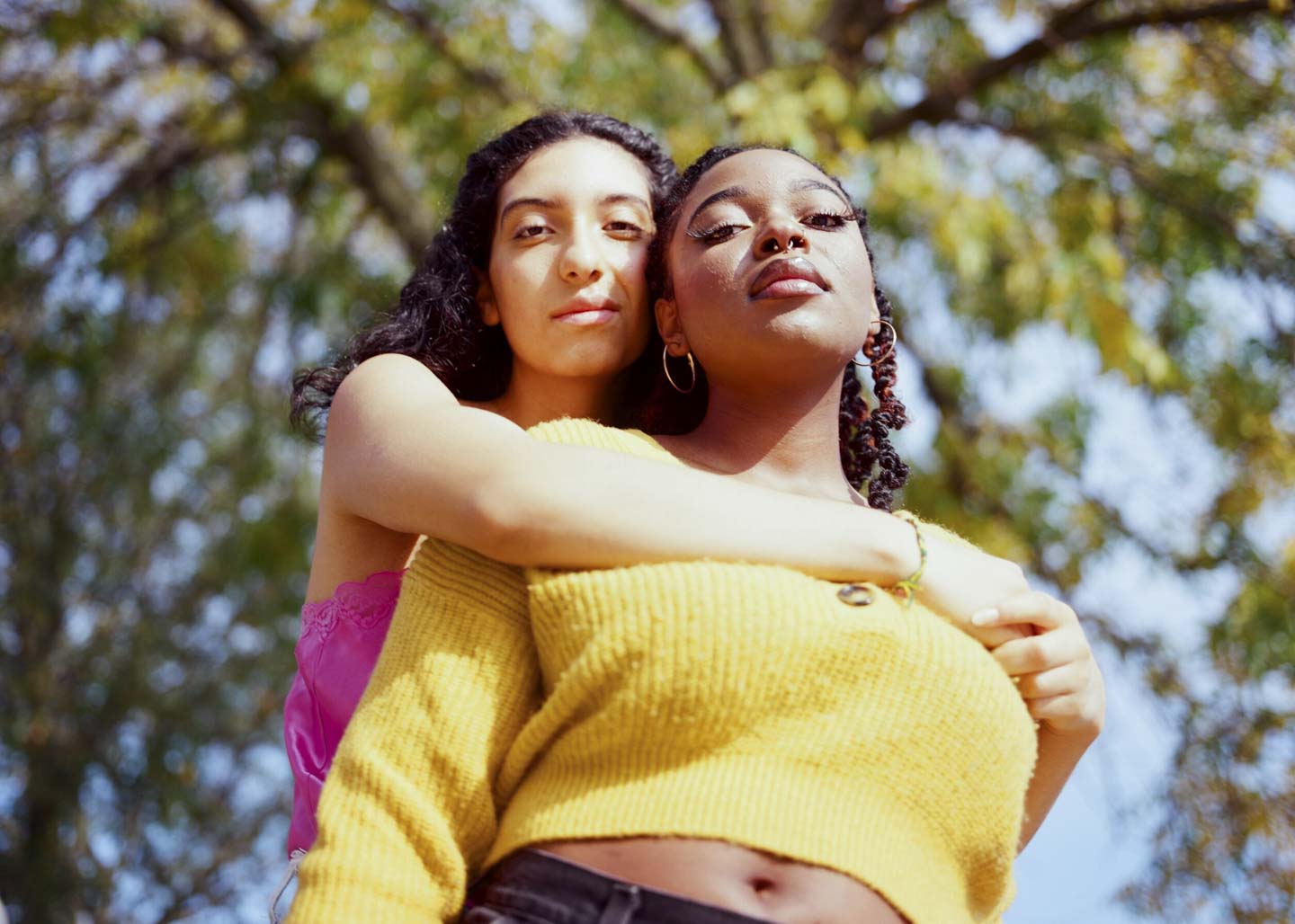 The ongoing struggle for racial justice. The future for immigrant families. The health and well-being of all Americans. The very fate of our fragile planet. The US faces a crossroads in this year’s elections. Seeking out the stories flying under the national radar, The Nation and Magnum Foundation are partnering on What’s At Stake, a series of photo essays from across the country through the lenses of independent imagemakers. Follow the whole series here. This installment was produced with support from the Economic Hardship Reporting Project.

It’s been a rough few years to be a young person in America. For those of us who were too young to vote in 2016, we’ve had to live through the administration of a president that none of us chose as it inflamed racial tensions, backed out of climate accords, and undid protections for queer and trans people. For the millions of first-time voters this year, this election is about more than picking the next president; it’s about staking a claim on the future of this country.

I know this story well, because it’s my own: I was 11 years old when Trayvon Martin was murdered in 2012, and his death and its aftermath, more than anything else, taught what it means to be Black in America. Almost a decade later, I am now in college but I am still witnessing the very same prejudices leading to the murders of black people. As the youngest of five Black women in my family, my mother and sisters always taught me to value my identity, and to fight for those like me. First-time voters of color like me know that this election could undo years of work, but regardless of who wins the presidency, we’ll need to keep fighting for the prosperity and justice we believe is our right.

My fellow first-time voters are the workers at your local grocery store, they are your neighbors, they are the students at your small-town high school classroom. In my years of participation in social justice work in the New York area, I’ve met countless young people making an impact on their communities, and got to know the issues they care about. As this election comes to a head, I reached out to some of them, to hear what they are prioritizing in this election, and in the coming years. 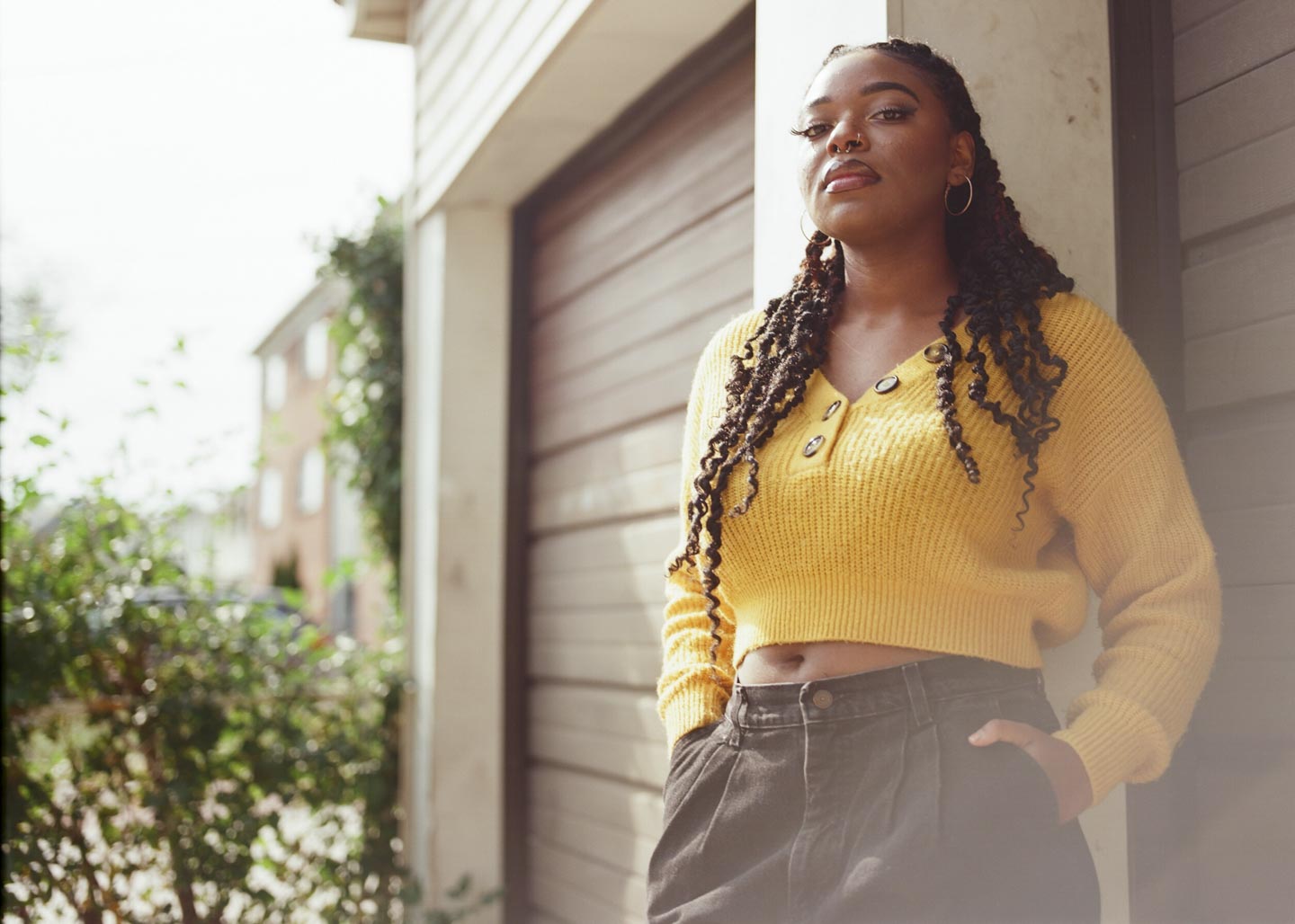 Ashley Mcharris and Kayla Medeiros are both 19, and they’re also best friends. They chose to study criminal justice and political science to address the wrongs they’ve seen in their lives. “We’re taking things into our own hands and finding power in the ways that we know how. We’re working with what we’ve got,” says Mcharris. “You can see the passion and the fire among the people our age and we don’t have nearly as much complacency as our parents did. We can’t stand by and watch our friends go through something and not demand a change.” The rise of social media has only accelerated political participation among young people, certainly, but this newfound awareness is not just a trend: For many young people, it is a matter of life and death for them and the people in their communities. “There’s a lot that we can try to do but we’re also not the ones with the resources, and the legislative power to do things. The fact that we can’t hold the adults already there accountable for the systems that oppress us is quite unbelievable.” Medeiros says. 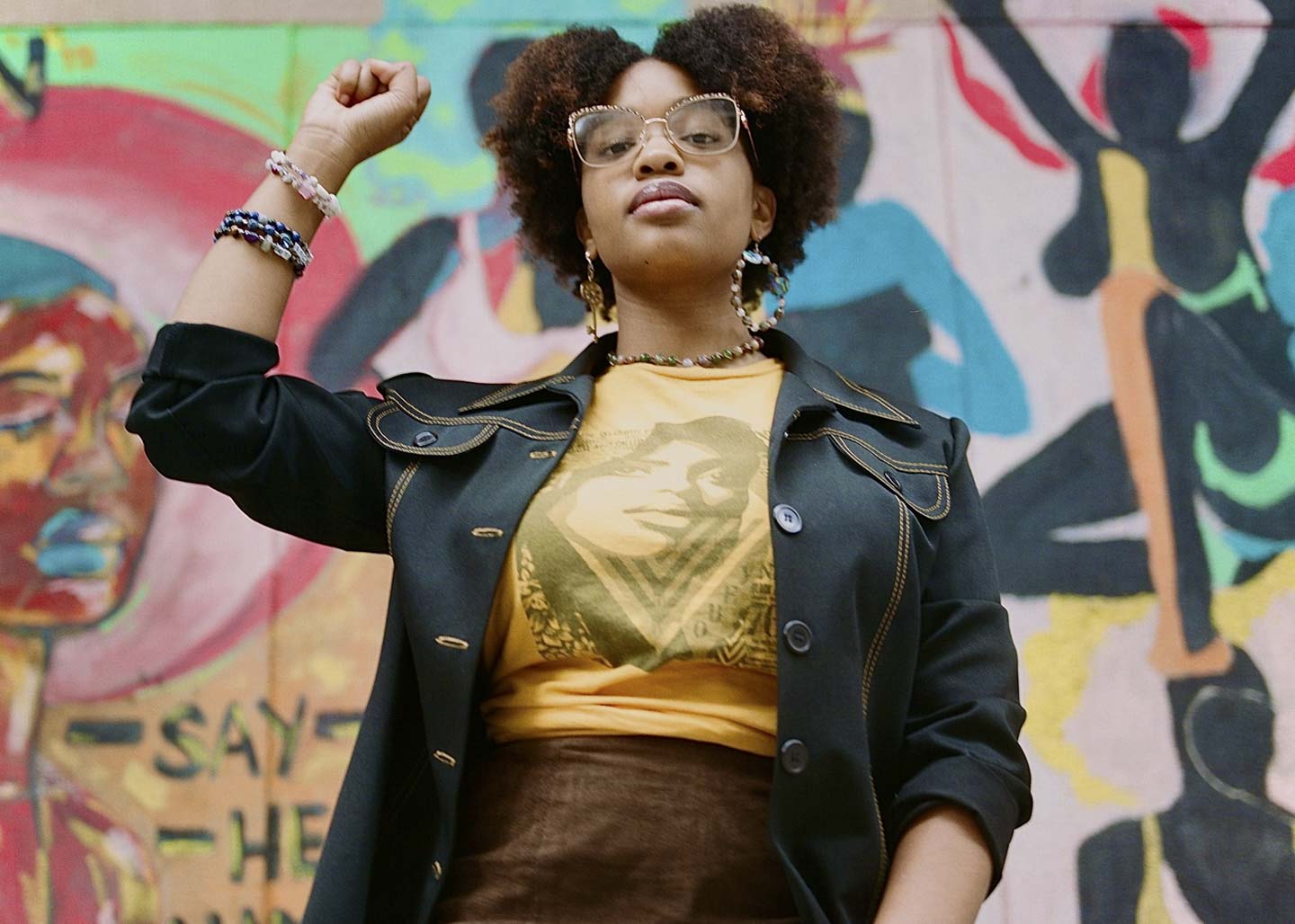 Keys Le’che, a senior business major at the Fashion Institute of Technology, stands in front of the mural she helped organize earlier this year in response to nationwide racial injustice. (Laila Annmarie Stevens)

Kiana (Keys) Le’che, a student at the Fashion Institute of Technology in Manhattan, also feels a disconnect between the challenges the country faces and what she sees as her own ability to make a difference—but she still wants to make a mark in the ways she can. “Although I’m a business major, I’ve always dabbled with the art students as vice president of BSU [Black Student Union],” Le’che told me, standing in front of a mural she organized to be created on the corner of 27th Street and Seventh Avenue. “I created the mural in July, to pay tribute to George Floyd, Breonna Taylor, and Oluwatoyin Salau. We wanted to make the public know how we feel while also empowering those in the Black community.” 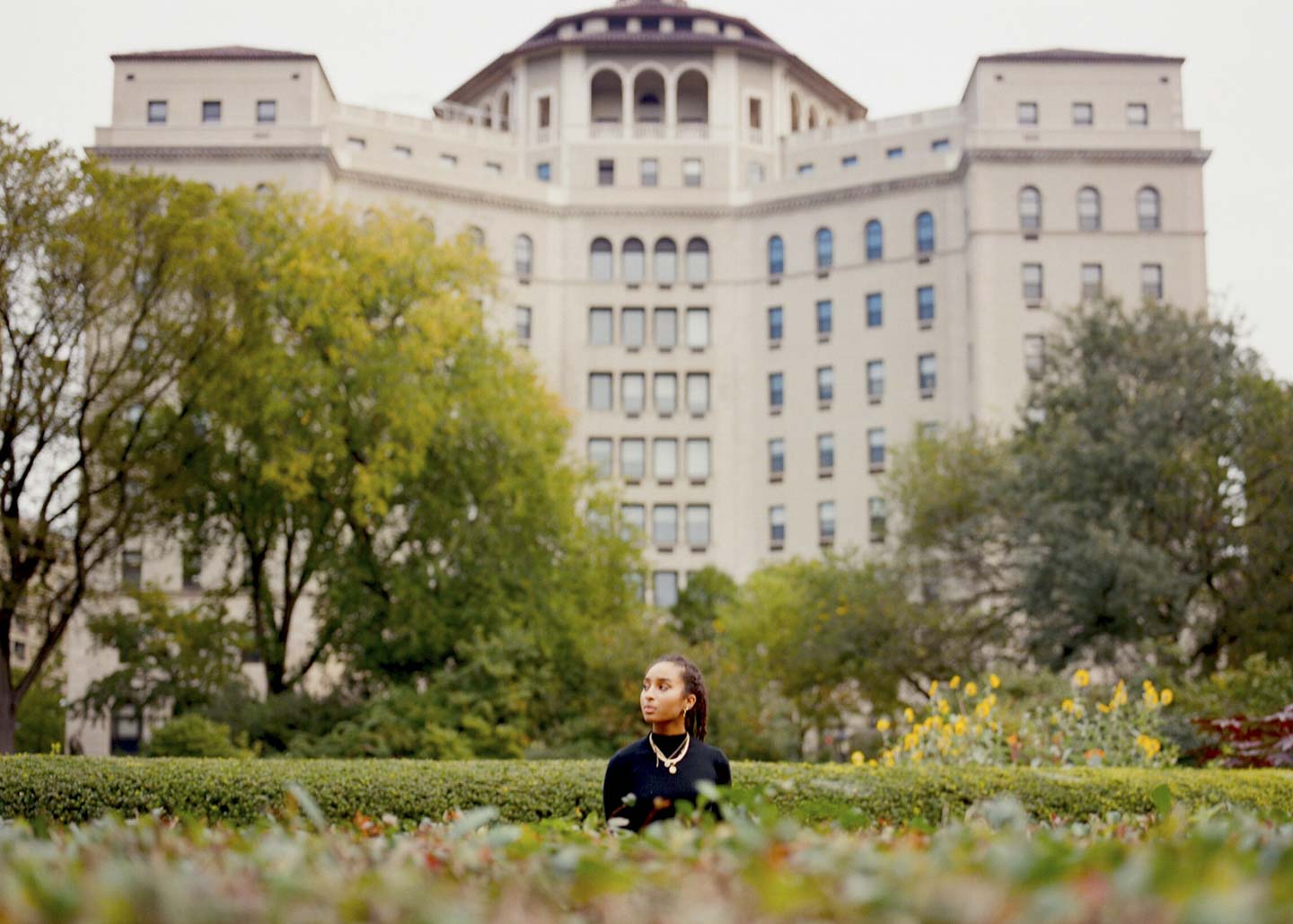 Although she’s not yet old enough to vote, New Jersey resident Diana Sinclair is not waiting to make a difference. At 16, Sinclair is a photographer, designer, and social media manager of @towards.utopia, a platform that raises funds to support Black trans young people and sex workers. “Working with Towards Utopia has been a great way to use my time,” she told me. “We’ve raised $15,000 by selling prints as a way to directly help fund the feeding and housing of Black trans people so they can get from point A to point B safely.” 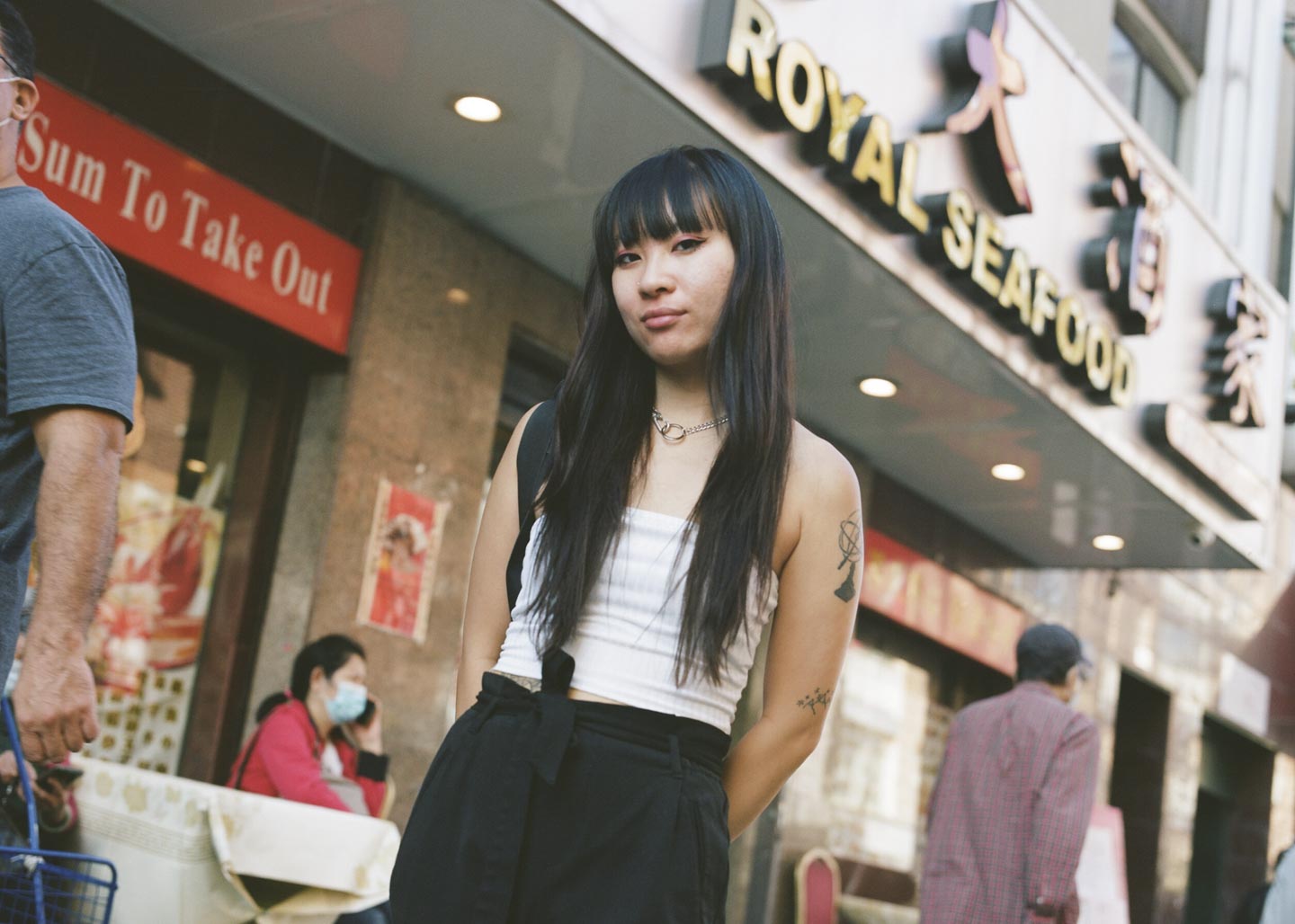 Fresh out of college, Annie Lian is 21 and trying to make it on her own in New York City. Growing up on Long Island, Lian would come to Manhattan’s Chinatown with her family, and continues to love the vibrancy of that community. Discussing the impact of the current election on residents of Chinatown, Lian says, “There’s been a rampant increase in racism since Trump has been president, especially in the past year. Overall, it’s my belief we need to be more accepting of immigrants coming into this country. Families shouldn’t be separated.” It has always been a place of community, care, and acceptance to Lian and she fears the discrimination will worsen if Republicans remain in power. 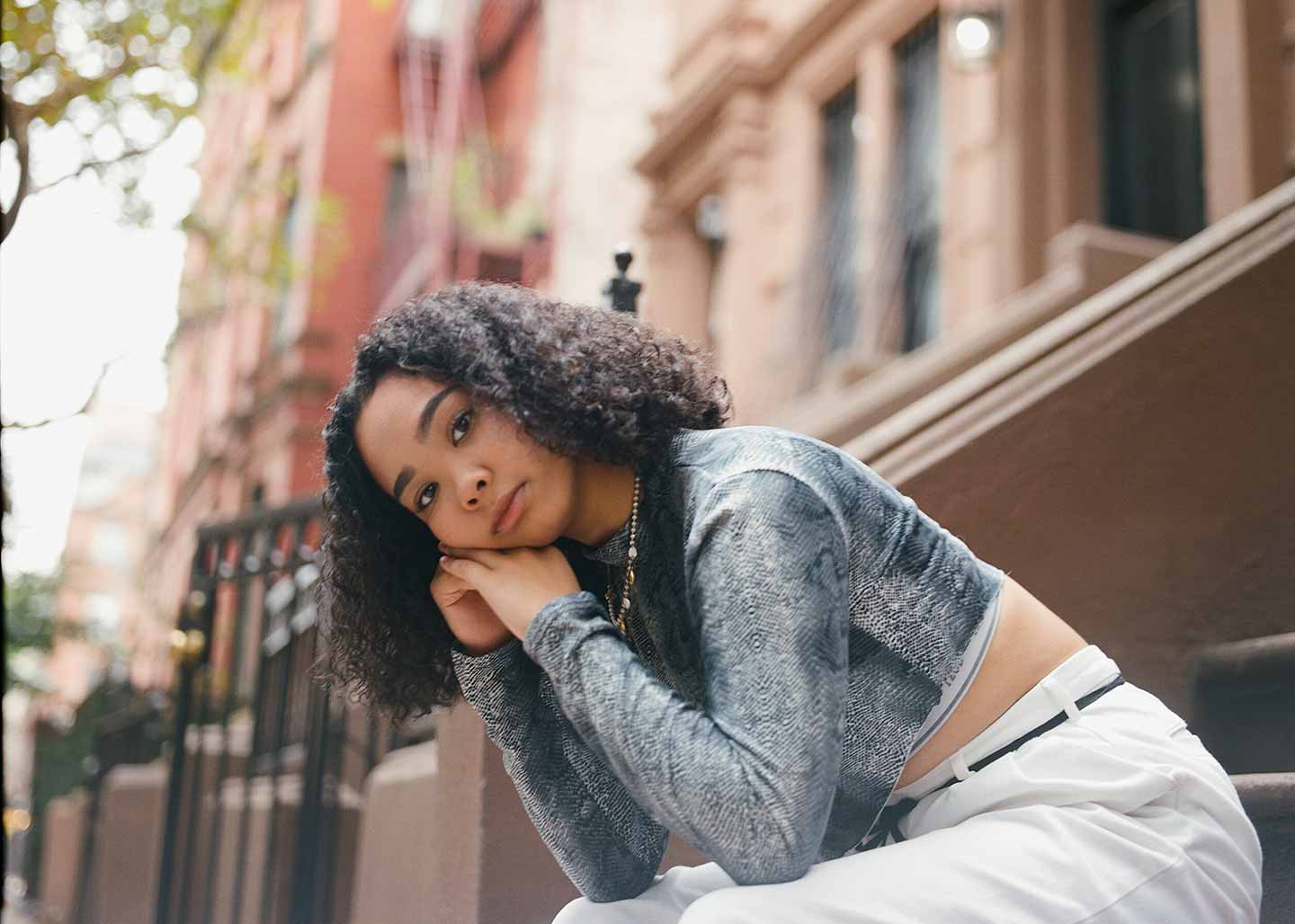 Amaya Hemmingway, 18, grew up in the diversity of Harlem as a kid before moving to Rochester, N.Y. (Laila Annmarie Stevens)

Sitting on her childhood stoop in Harlem, Amaya Hemmingway, 18, reflects on the identity she’s grown to take pride in. After growing up in Harlem, Hemingway moved to Rochester when she was older, and was the only person of color in her entire school. “It was a huge cultural shock. I faced racial discrimination from students and teachers alike.” After her experiences in Rochester, she decided to become a voice for the discriminated against. “These are my people. I look just like them. When I’m in diverse areas like these, I feel like home.” says Hemmingway. With her first vote, she hopes the future of politics will allow individuals of all communities to feel at home. 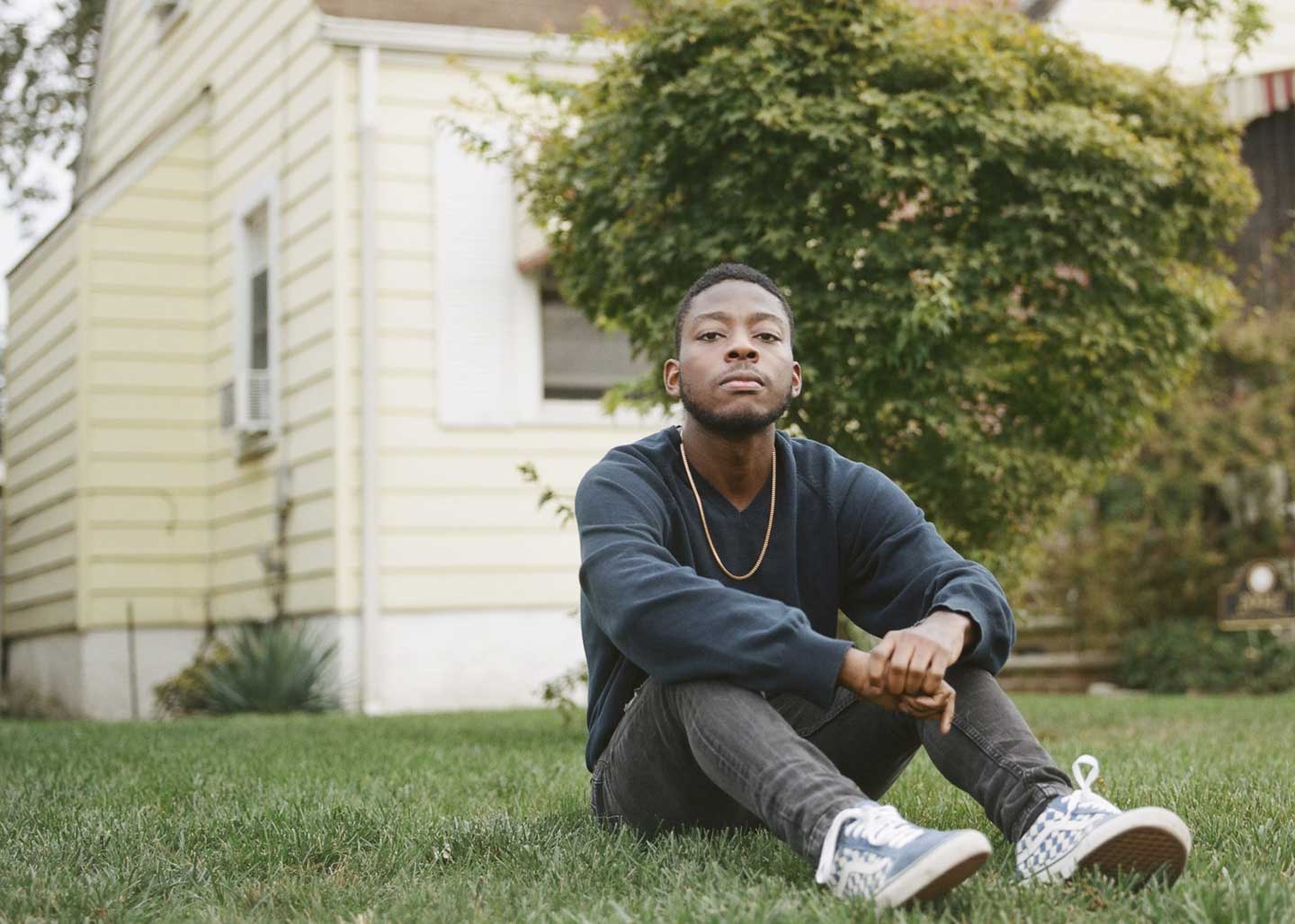 My cousin, Mi-Emy Howard, in front of our grandmother’s house in Queens. (Laila Annmarie Stevens)

My first cousin Mi-Emy Howard says, “The resurgence and uprising of white supremacy in this country, encouraged by the president, is a very scary thing to live with especially as a young Black man.” Sitting on our grandparents’ lawn, he told me, “I am hoping to change the person in the highest office with my vote.” 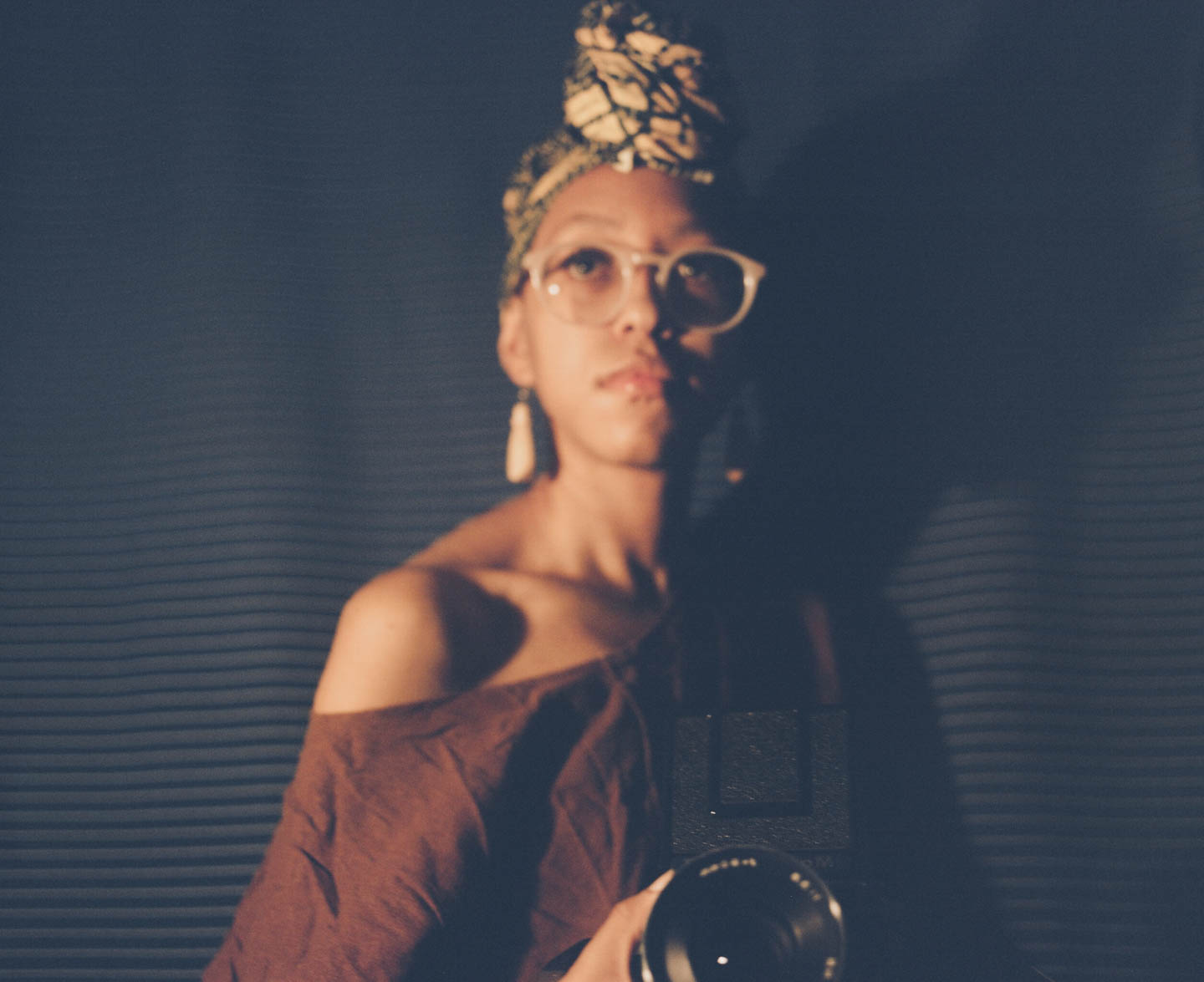 Self-portrait. This is the first election I’ll have ever been able to vote in. (Laila Annmarie Stevens)

That’s what I’ll be doing on November 3 as well, trying to make a change in the direction of the country. I’m voting for the first time in what feels like the most crucial election in many years. I am looking forward to casting my ballot, but I am also afraid that I may not reap the benefits of true political and economic freedom in my lifetime until Black people can sleep peacefully in their beds, or jog down the streets of their neighborhoods. The future of politics won’t be determined just by who is in the White House—though that will have a big impact. It will depend on the activism and action of the young people who are just now coming into the political arena.