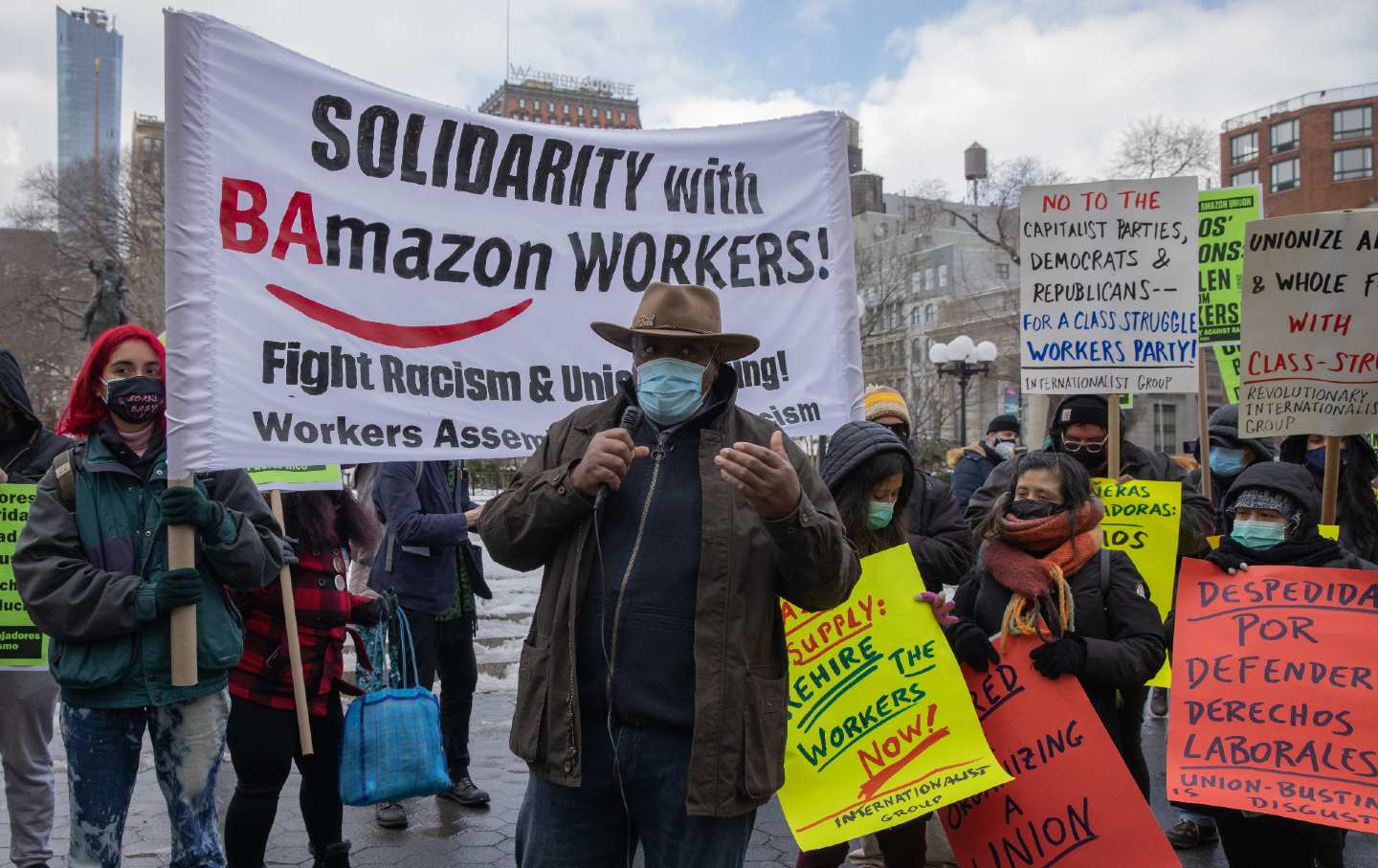 Demonstrators rally in Union Square Park in February 2021 in support of Amazon warehouse workers in Bessemer, Ala., who are seeking to form a union. (Ben Von Klemperer / Shutterstock)

For more than 40 years, America’s unions have endured body blow after body blow, inflicted by Republicans and abetted by the neglect of pro-corporate Democrats. But now, the tide is turning. The House is set to pass, for a second time, the Protecting the Right to Organize (Pro) Act, which would dramatically strengthen unions. President Biden, the most pro-union chief executive in recent history, issued an extraordinary message in support of workers in Bessemer, Ala., attempting to unionize a large Amazon warehouse. Polls show that young people strongly support strengthening unions. And a diverse new generation of labor leaders is forming coalitions to fight back against anti-union campaigns.

This is a moment of immense promise: By elevating pro-labor legislation and policies, we have the opportunity to revive union power and launch a new labor movement for the 21st century.

Strengthening unions would play a critical part in tackling our country’s staggering inequality. As proposals to raise the minimum wage to $15 face an uncertain future, expanding the ranks of organized labor would give more people a living wage. The Labor Department reports unionized workers’ median earnings are about 19 percent higher than those of nonunion workers. Unions also shrink wage gaps for women and for workers of color.