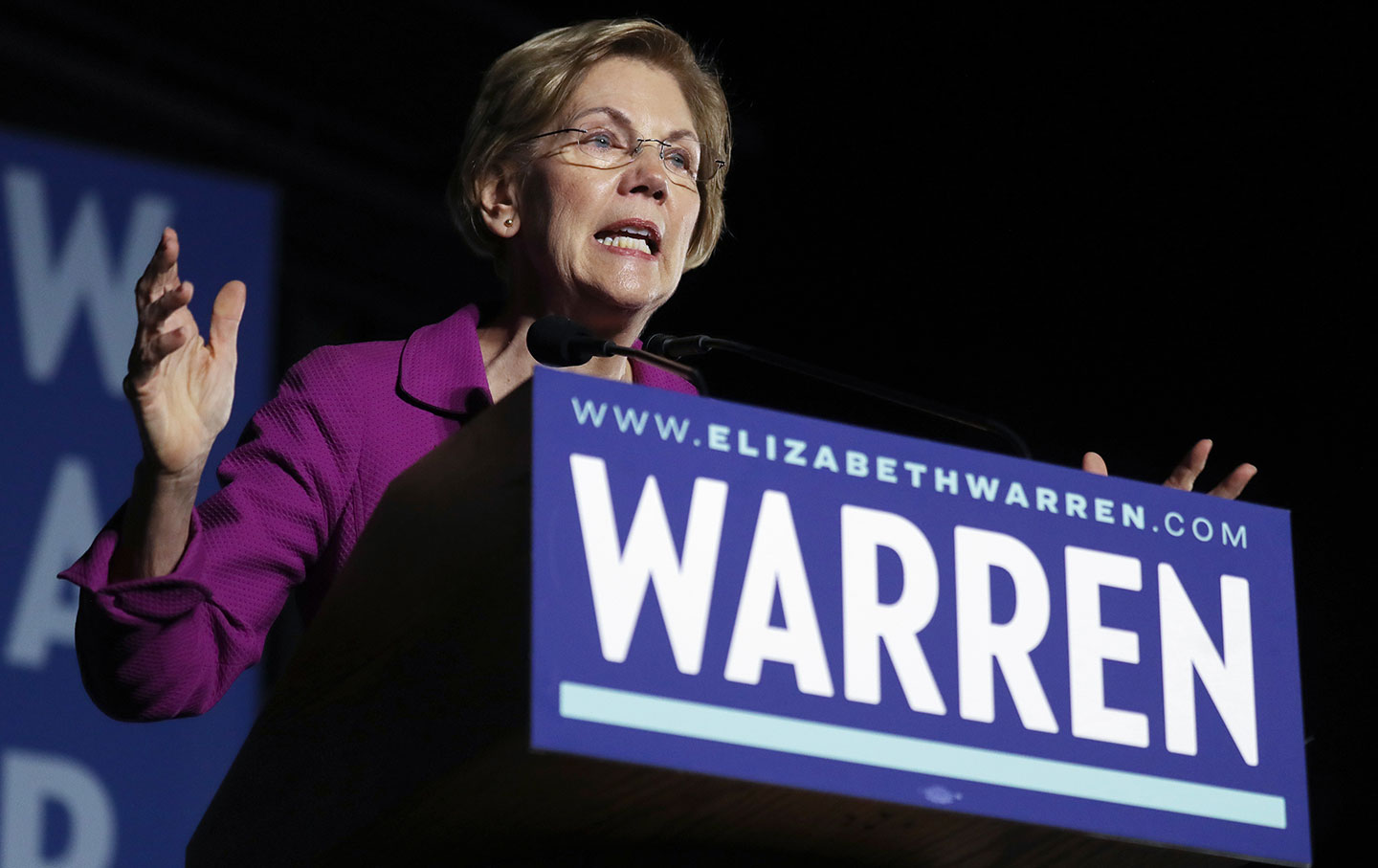 Minnesota Senator Amy Klobuchar immediately announced her support for former vice president Joe Biden when she suspended her presidential campaign Monday. But she might have helped another candidate too: Senator Elizabeth Warren, the last woman standing, who immediately received the endorsement of the feminist powerhouse and pro-choice women’s PAC Emily’s List.

I say “might have helped,” because to help Warren, Emily’s List’s backing would have to be widely known. But there was very little news coverage of the group’s decision (NOW/PAC, the political action arm of the National Organization for Women, came off the sidelines to back Warren on Monday, too).

Consulting Google News early Tuesday morning, I found only Axios, The Hill, and The Daily Beast writing directly about Warren’s new endorsements. The New York Times and The Washington Post mentioned the news, in passing, in the body of other pieces. Reporters covering Warren from NBC and CNN tweeted out the endorsements but didn’t file stories about them. It got a segment on CNN’s New Day, but I didn’t see anything about it on cable news last night. Even Politico’s Playbook, the gossip sheet for the political media world, skipped the news.

There are a few reasons for the news blackout that don’t have to do with bias. First of all, it was Joe Biden’s big day: He picked up not only Klobuchar’s endorsement but Pete Buttigieg’s and Beto O’Rourke’s as well. (Just a year ago, Buttigieg, Biden, and Beto were the “B-boys” whose coverage eclipsed that of the four female senators in the race; now they’re a boy band.)

Another reason has to do with those four female senators: With more than one pro-choice feminist in the race, Emily’s List had to stay on the sidelines, per its endorsement guidelines, meaning this endorsement might have come too late to mean much. “In this historic cycle, when we’ve seen multiple pro-choice Democratic women on a debate stage and occupying the top tier of the race at the same time, we are grateful for the women who have run hard-fought races while facing down unfair questions of electability,” the group’s president, Stephanie Schriock, said in a press statement. It had to be hard for Schriock to stay neutral, especially as Warren surged over the summer and fall; she famously helped convince Warren to run for the Senate back in 2012. But that’s her job.

The third reason the endorsements were virtually ignored is that Warren is, too: The media has decided she has no path to the nomination, except a brokered convention. But for all the attention to the Biden endorsements by Buttigieg and Klobuchar, it’s possible their departures from the race help Warren. She is the second choice of Buttigieg supporters, according to a February Quinnipiac poll, tied with Klobuchar at 26 percent—meaning more than half of his backers supported two women. With Klobuchar out, even more of them become available to Warren, as well as some of Klobuchar’s own. Right now some polls suggest she will win her home state of Massachusetts, and RealClearPolitics has her making the 15 percent delegate threshold in California, Virginia, and Minnesota. That’s not the same as a big win, admittedly, but if Warren picks up appreciably more delegates than had been expected Tuesday night, she might trigger a new story line.

Or not. It’s been astonishing how the media has written off Warren, going back to the Iowa caucuses a month ago. Traditionally, the media narrative says there are “three tickets out of Iowa,” but Warren immediately got her ticket canceled, despite coming in third. Biden’s collapsing became the big story, behind Sanders’s and Buttigieg’s essential tie. Now Warren’s story line is eclipsed by Biden’s rising, when in fact his Iowa failure and South Carolina success were the most predictable events in this primary. Go figure.

It was not at all predictable that Warren, written off by the media in early 2019, would be the last woman standing. She was polling at 2-3 percent nationally last January. But strangely, nobody’s paying much attention to that story line. “This is still a wide-open race and she shouldn’t be left out of the conversation,” argues Emily’s List’s vice president of communications, Christina Reynolds.

Despite Biden’s recent surge, it is still likely that no one will get to Milwaukee with a majority of delegates. The remaining candidates all know that, and have decided to stay in the race; only Warren is being hectored to get out. We’ll see if that changes when Super Tuesday results come in.