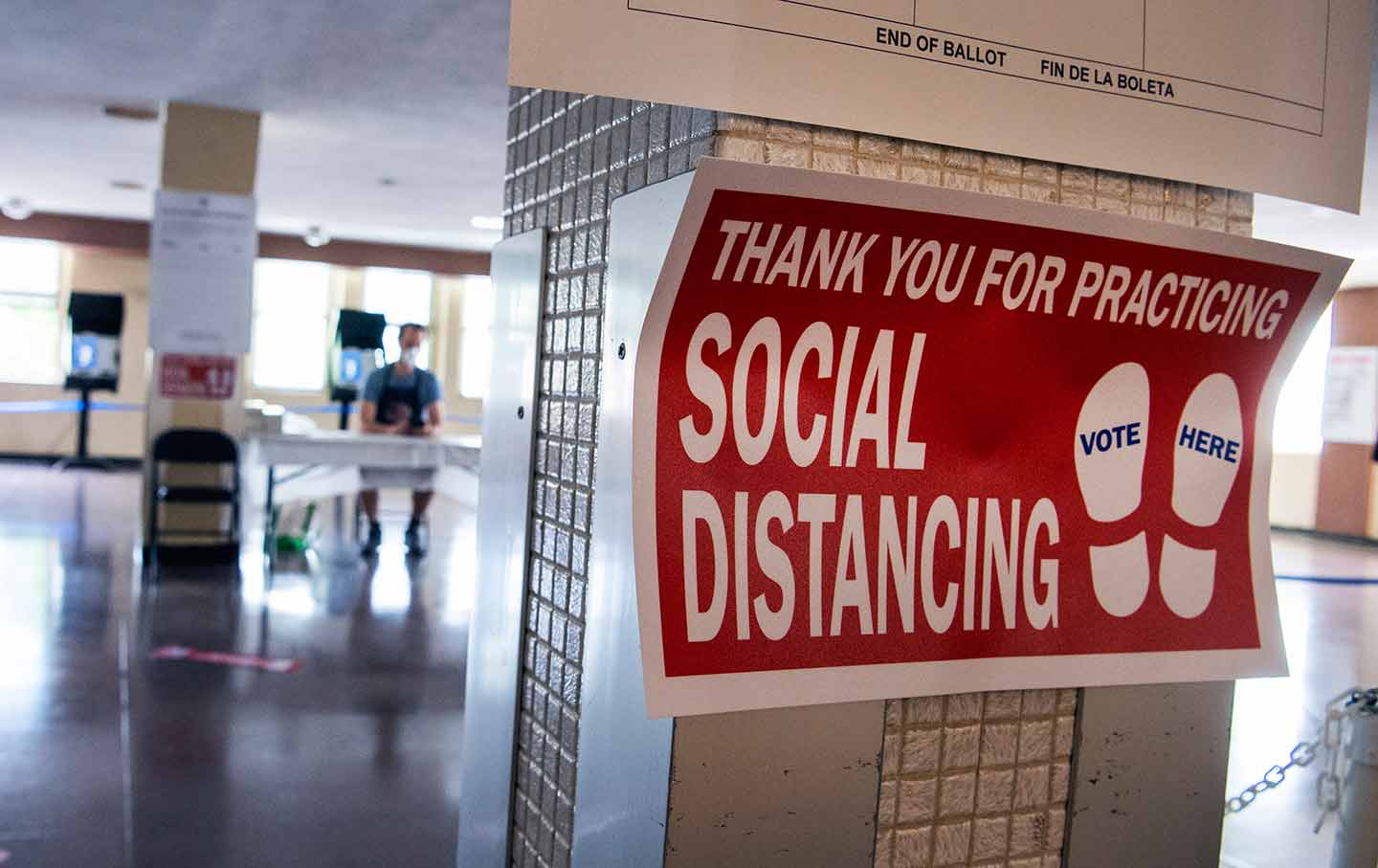 In 2018, despite months of hype about a looming blue wave, election night was a dud. Cable commentators sagged, trying to find meaning in what seemed to be mixed results. Democrats appeared to have lost high-profile statewide races in Georgia, Texas, and Florida. And while the party seemed to win control of the House, at midevening it looked to be by the narrowest of margins.

On Fox News, anchors mocked it as a mini-wave. CNN anchor Jake Tapper declared, “When you look at what’s going on here tonight, this is not a blue wave.” Donald Trump called the results “very close to complete victory” for Republicans the next morning. But a week later, CNN trumpeted a new rollout of election coverage: “Election Night in America Continued.” It was a belated acknowledgment that the elections remained an unfolding story. At that point, eight states­—including California, Florida, New York, and Texas—were still counting ballots. By the time the last race was called, more than three weeks after election night, House Democrats had notched an impressive 40-seat net gain. Ultimately, the party’s popular-vote margin was almost 9 percentage points, larger than in the legendary GOP wave elections of 1994 and 2010. There had indeed been a blue wave, and the rush to call election night a virtual draw let Trump spread lies about fraud when the story changed. A week later, as Democratic wins materialized in California and recounts in Florida continued, he was screeching about “infected” ballots on Twitter and demanding, “Must go with Election Night!”

Get ready for much, much worse in November. If the networks and the mainstream newspapers cling to the outdated model of trying to call races on election night, we are headed for a presidential legitimacy crisis—regardless of who wins, but especially if Trump loses. The Covid-19 pandemic has inspired dozens of states to expand vote-by-mail options, with many others offering a choice of early voting, voting by mail, or absentee ballots, along with traditional Election Day voting. Some experts estimate that the number of ballots cast by mail could be double what it was in 2016. Meanwhile, polls say many races are currently dead heats. There could be many more tight races, protracted recounts, and more emphasis on slower-to-count absentee or mail-in ballots than ever before.

While there are many groups working overtime to ensure ballot access at the federal and local levels, some are also working to persuade the media to take a longer view in its election coverage. A bipartisan blue-ribbon panel convened by the University of California–Irvine Law School’s Rick Hasen recommended that “the media educate the public about how election counts may take longer than past years and vote margins may change during the count as election officials process large numbers of mail-in ballots.” Or as Hasen told me, “Regardless of what candidates might say, the default has to be a race or a state is too early to call” if there are a lot of uncounted mail-in ballots. The panel has urged media outlets to, among other measures, “emphasize the need for a careful count, rather than reporting that [a complicated timeline] reflects an institutional failure,” and “explain why shifts in vote margins are routine as counts of mail ballots are conducted and not indicative of fraud.” 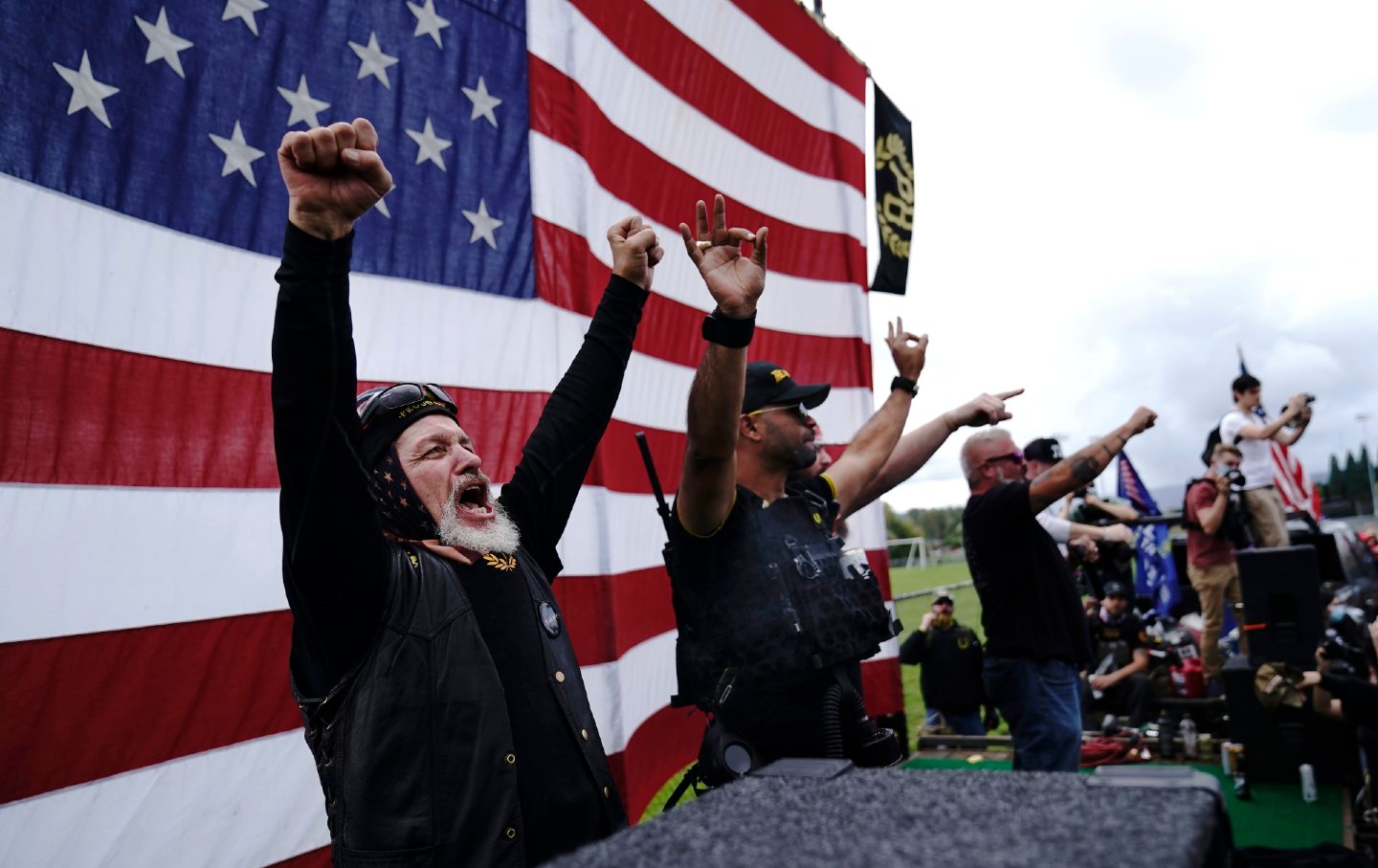 These steps should become routine in reporting election results. Although we knew it couldn’t change the outcome in 2016, Hillary Clinton’s 2.9 million popular-vote lead—validating for the resistance and maddening for Trump—was under 200,000 the morning after Election Day. It mattered that it grew, hugely, over the next month. Just this year, very few in the news media paid attention to Senator Bernie Sanders’s win in the California Democratic primary. Again, that couldn’t make a difference in the results, but it could change one’s perception of the strength of his coalition.

And to my cable friends especially, I say it might even be good for business. Normal election coverage peaks in a few nights of sky-high ratings; if news outlets promote a national month of high political drama, audiences will likely stay tuned. The 2000 presidential election was a nightmare for voters but a boon for cable news, whose audiences surged in November and December of that year.

Many major news organizations, to their credit, are grappling with this new reality. But let’s make sure that the longtime demand to call races on election night doesn’t override all those good intentions.