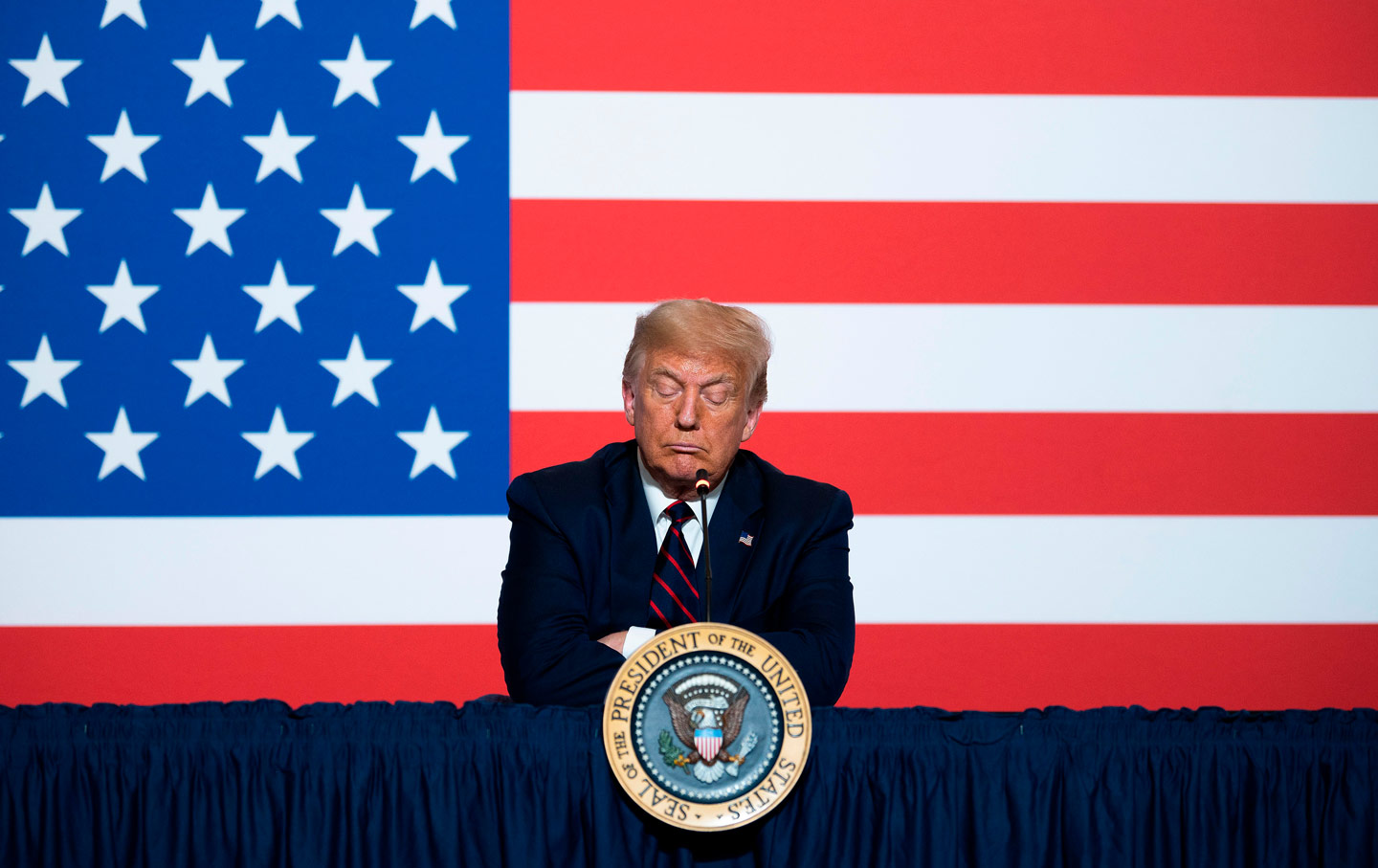 Birtherism fueled Donald Trump’s 2016 election victory, so it’s not surprising that he’s returned to it when seeking reelection. With the announcement that Kamala Harris will be Joe Biden’s running mate, Trump immediately started raising questions about her eligibility. “I heard it today that she doesn’t meet the requirements,” Trump told reporters at a White House briefing on Thursday. He was alluding to a discredited Newsweek article by John C. Eastman, a conservative lawyer who holds the view, rejected by the courts, that there is no birthright citizenship. Eastman claimed that because Harris’s mother was an immigrant from India and her father an immigrant from Jamaica, Harris has no birthright citizenship and is thus ineligible to run for president.

Trump’s elevation of Eastman’s fringe views is no surprise, given that he previously questioned whether Barack Obama was born in the United States. Nor have Harris and Obama been the only victims of Trump’s birtherism. In January 2016, Trump suggested that Ted Cruz would be a “very precarious” choice for the Republican presidential nomination because he was born in Canada. In June 2016, Trump argued that Judge Gonzalo Curiel, who was presiding over a case involving Trump University, was biased because of his “Mexican heritage.”

In July 2019, Trump said the members of “the Squad” (Representatives Alexandria Ocasio-Cortez, Ayanna Pressley, Ilhan Omar, and Rashida Tlaib) should “go back” to where they came from. This was a striking comment, since all are American citizens. With the exception of Omar, all were born in the United States. At least two of the women, Ocasio-Cortez and Pressley, likely had family roots in American society that went back further in the past than Trump’s own. The one commonality they had is that they were women of color and Democrats. For that reason alone, Trump felt he had the right to suggest that they were alien presences in America.

Trump’s birtherism isn’t only an instinctive political tactic for smearing his foes; it is also a direct ideological consequence of his particular form of white supremacy. If we look at the pattern of his birtherism and his other racist policies with regard to immigration, it’s clear that there is an underlying worldview at work that divides America into two types of citizens: white Americans, who are the real Americans, and nonwhite Americans, whose status in the country is provisional and can always be questioned if they don’t behave in ways pleasing to white Americans. 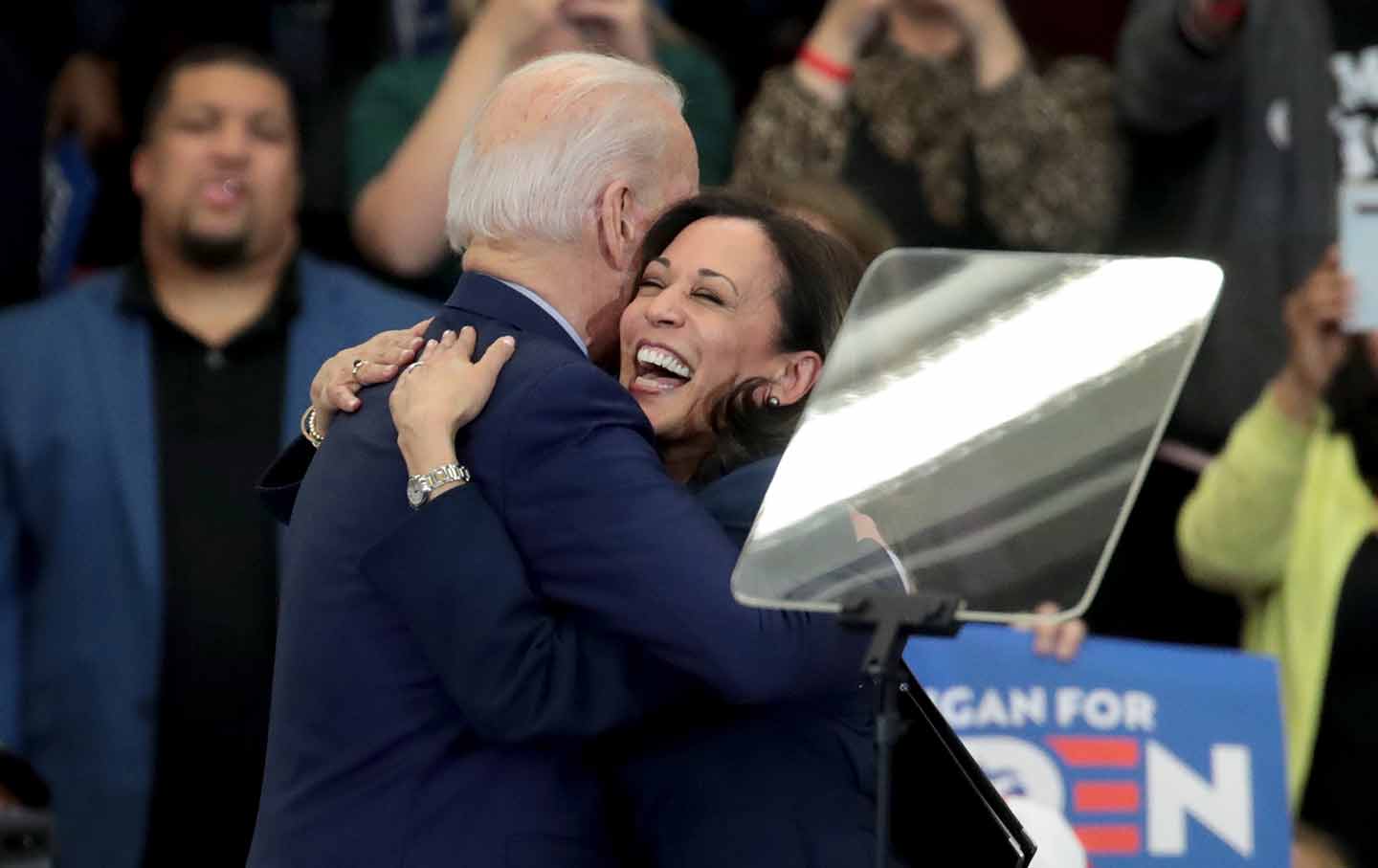 In 2014, New Yorker staff writer Jelani Cobb coined the useful phrase “contingent citizenship” to describe the paradox whereby African-Americans could hold high office, as Obama did, but still find their status as equal citizens hemmed in. As he explained in a 2015 lecture, contingent citizenship meant that “one is a citizen but still not entirely a part of society.… it was a citizenship that was contingent upon lots of other kinds of dynamics and variables.”

In a 2019 article in The New Yorker, Cobb fleshed out the history of this double standard in citizenship to explain Trump’s attack on the Squad:

The idea of selective citizenship is not uncommon in American history. The nation’s first immigration law, passed in 1790, allowed for the naturalization of white immigrants only. It took the Fourteenth Amendment to the Constitution, which was ratified in 1868, to establish that birthright citizenship also applies to blacks. As Jill Lepore notes, in her book “This America,” another thirty years passed before the Supreme Court found, in United States v. Wong Kim Ark, that birthright citizenship applies to a person of Asian descent, and it was another quarter century before the Indian Citizenship Act of 1924 declared that all indigenous people born in the United States are citizens. Trump isn’t just attacking four women of color; he is reanimating ideas whose prevalence wreaked havoc in the nation’s past.

Deeply rooted in America’s white supremacist history, the ideology of contingent citizenship underwrites Trump’s entire approach to race. Unlike certain types of white nationalists, Trump doesn’t believe in an all-white America. Nonwhite Americans have a place in Trump’s ideal society, but only as underlings. As long as white people are on top of the hierarchy and able to set the rules of society, it’s permissible to have nonwhites. But once nonwhites step out of line, their citizenship ends.

Contingent citizenship is the premise that has allowed Trump to set himself up as the national sheriff, or rather the national ICE agent. As the leader of white America, he has the right to demand to ask to see other people’s immigration papers and to question their status.

Part of Trump’s success is that he’s gotten some of his opponents to internalize the idea of contingent citizenship. According to The New York Times, worries about attacks along birtherist lines scuttled the possibility of Tammy Duckworth’s being selected as Joe Biden’s running mate.

The newspaper reports that

Duckworth was regarded by Biden advisers as among the candidates likeliest to help him achieve a smashing electoral victory in November. But legal advisers to the campaign expressed urgent concern that Ms. Duckworth could face challenges to her nomination in court: She was born overseas, to an American father and a Thai mother. While Mr. Biden’s team believed Ms. Duckworth was eligible for national office, campaign lawyers feared that it would take just one partisan judge in one swing state to throw the whole Democratic ticket off the ballot.

Trump’s birtherism, sad to say, has been victorious: It guides how even many powerful Democrats see politics. Until the underlying logic of this birtherism is attacked head-on, nonwhites will continue to be second-class citizens in America.