Women in the audience at a Detroit rally.

In the days before the Michigan primary, I flew down to Detroit to knock on doors for Bernie Sanders. My friend Natalie and I loped around the culs-de-sac of Dearborn—the country’s largest Arab American community, and hardcore Bernie territory—and climbed up the ramshackle Victorian porches of Southwest Detroit. Canvassing has its delightful moments. Natalie and I registered some young voters, and changed some minds. My mediocre Arabic got a workout. But it’s the sort of slog that comprises the most essential part of organizing.

In between canvasing, I drew rallies. In Detroit, I tried to capture the young hijabi women who shouted, fists up, when Bernie told the audience that Joe Biden had supported the Hyde Amendment. My pen wasn’t quick enough to catch the now internet famous Palestinian dabke dancers who opened up the event in Dearborn.

For all the rock-concert high that Bernie’s rallies always have, there was none of the false sense of inevitability that I felt sketching in New Hampshire. The crowds were black and white and brown, young and old—everyone really—and the next day I would run into some of the same people at the field headquarters, where, like me, they were lining up to get their lists of doors on which to knock. It was after Super Tuesday. Of course things would get harder. They have money. Our side has people. Our side has defiance, and a commitment to grind out unpaid hours in the cold. 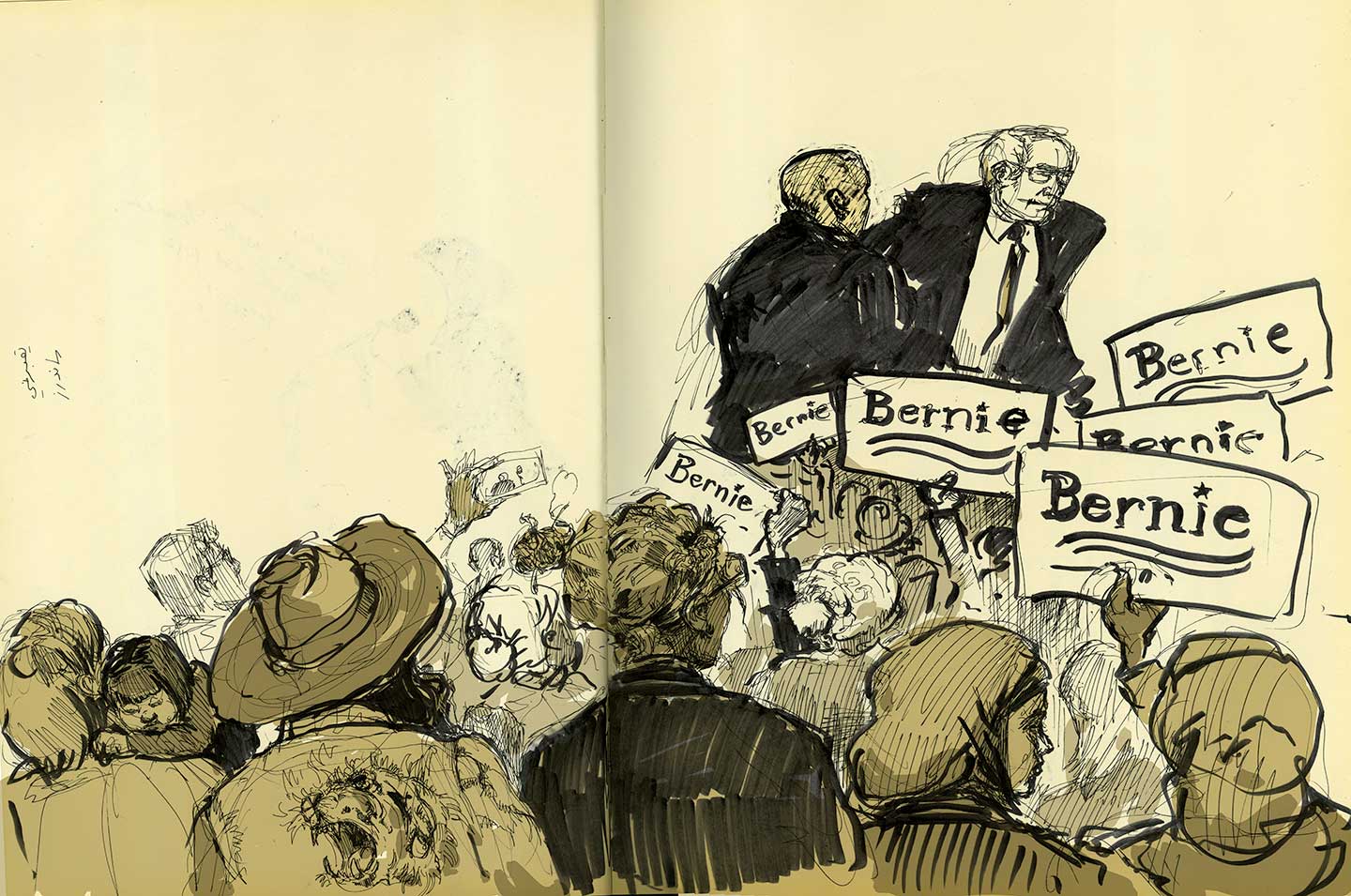 Bernie Sanders takes the stage at a rally in Dearborn. 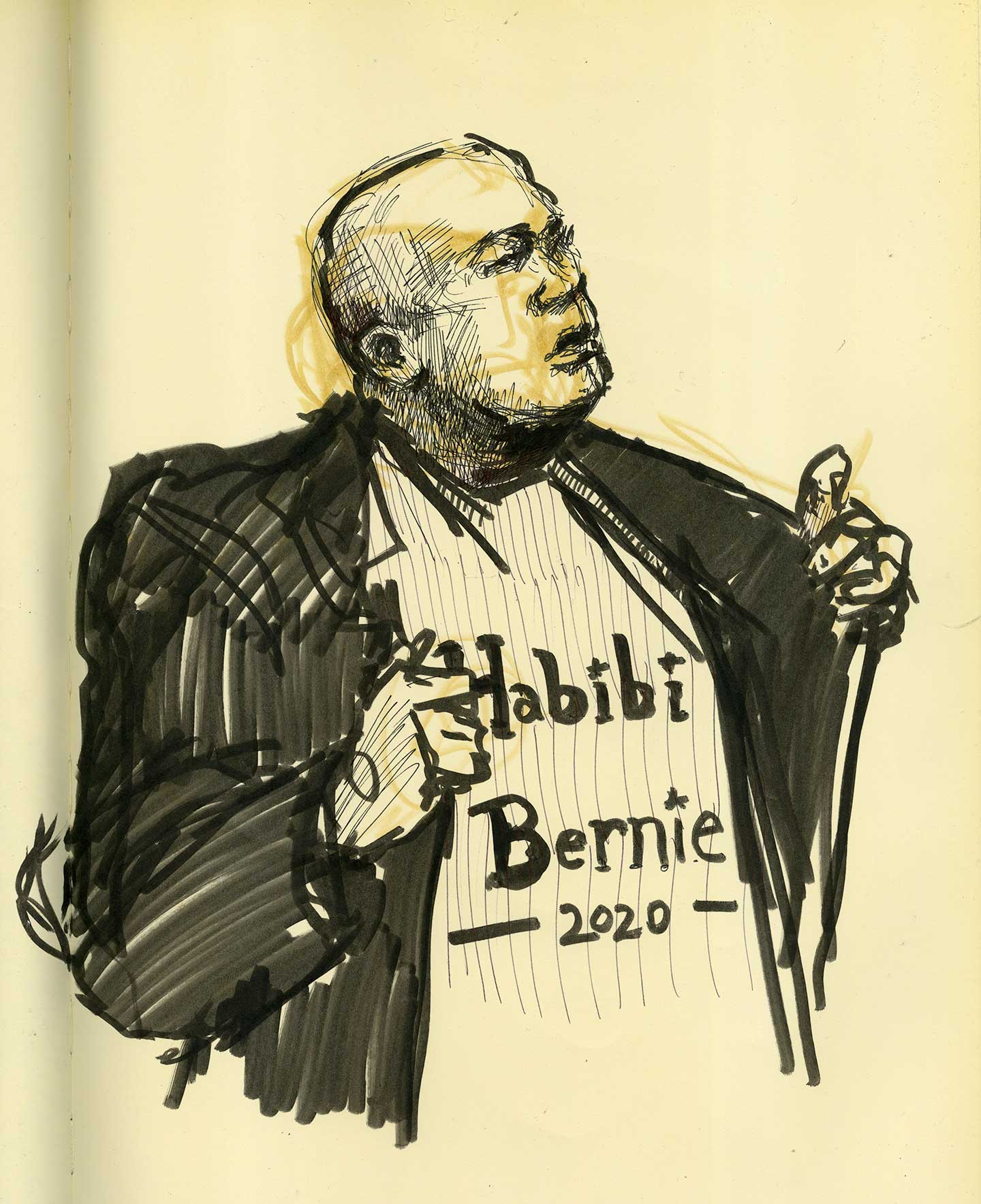 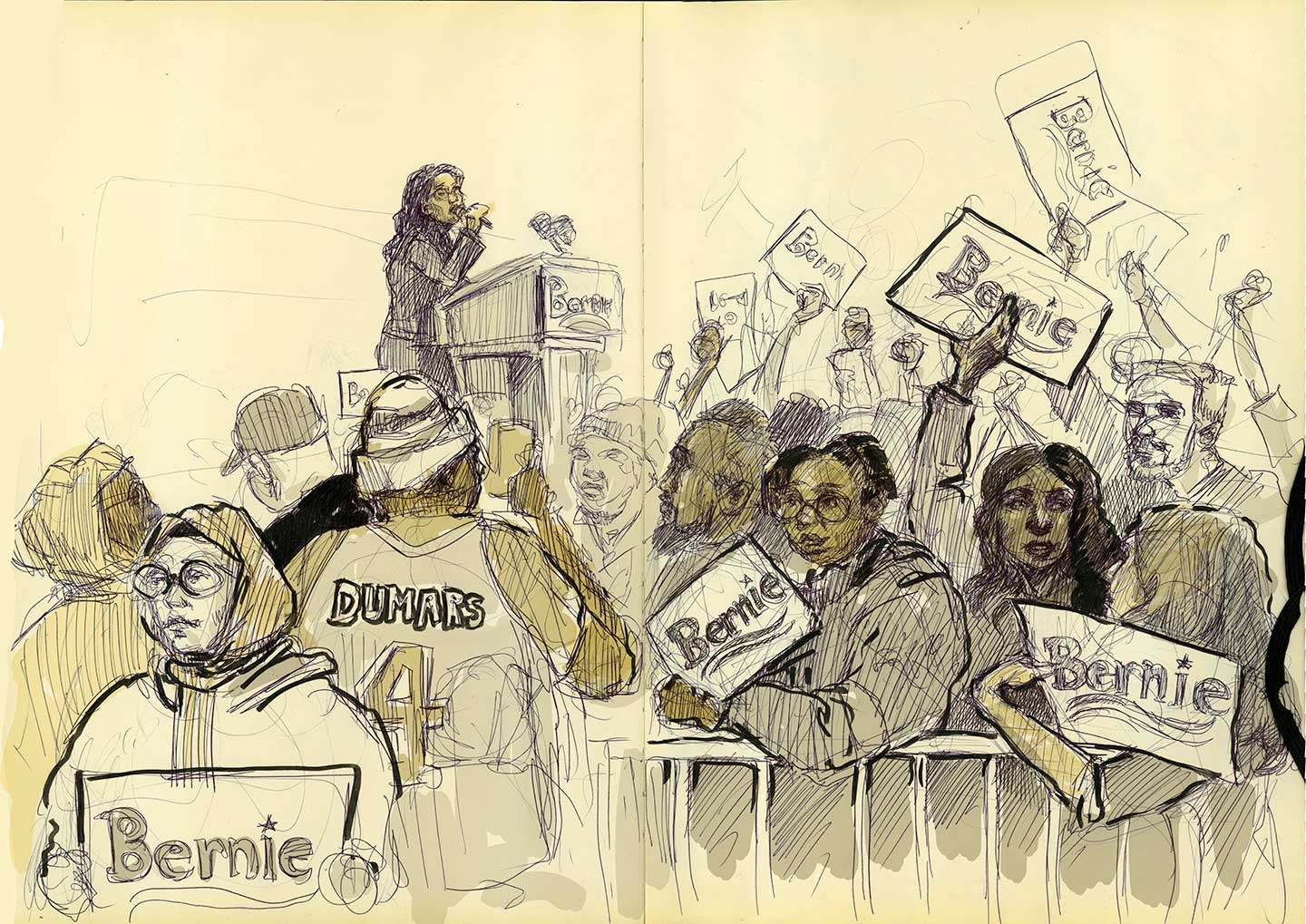 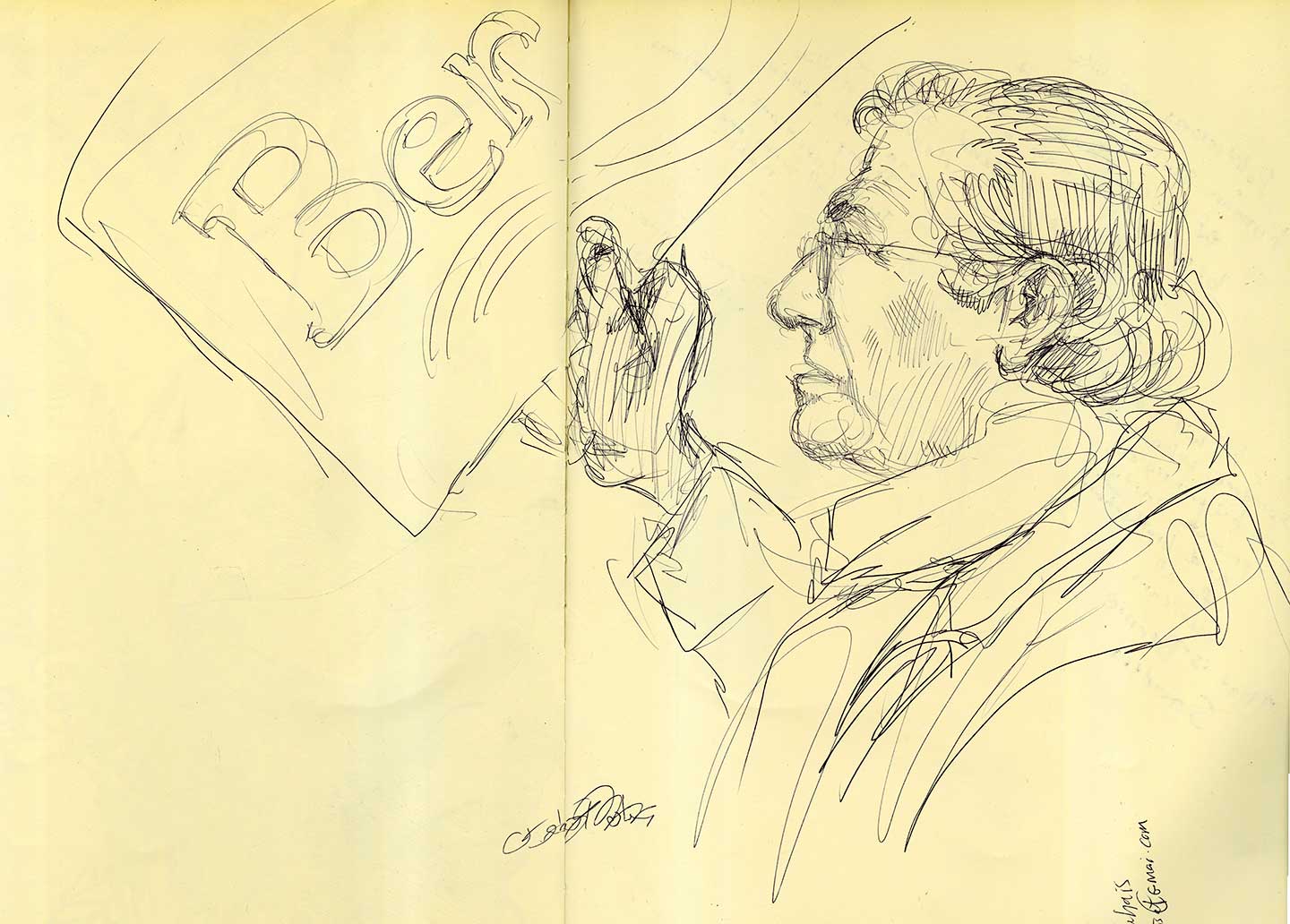