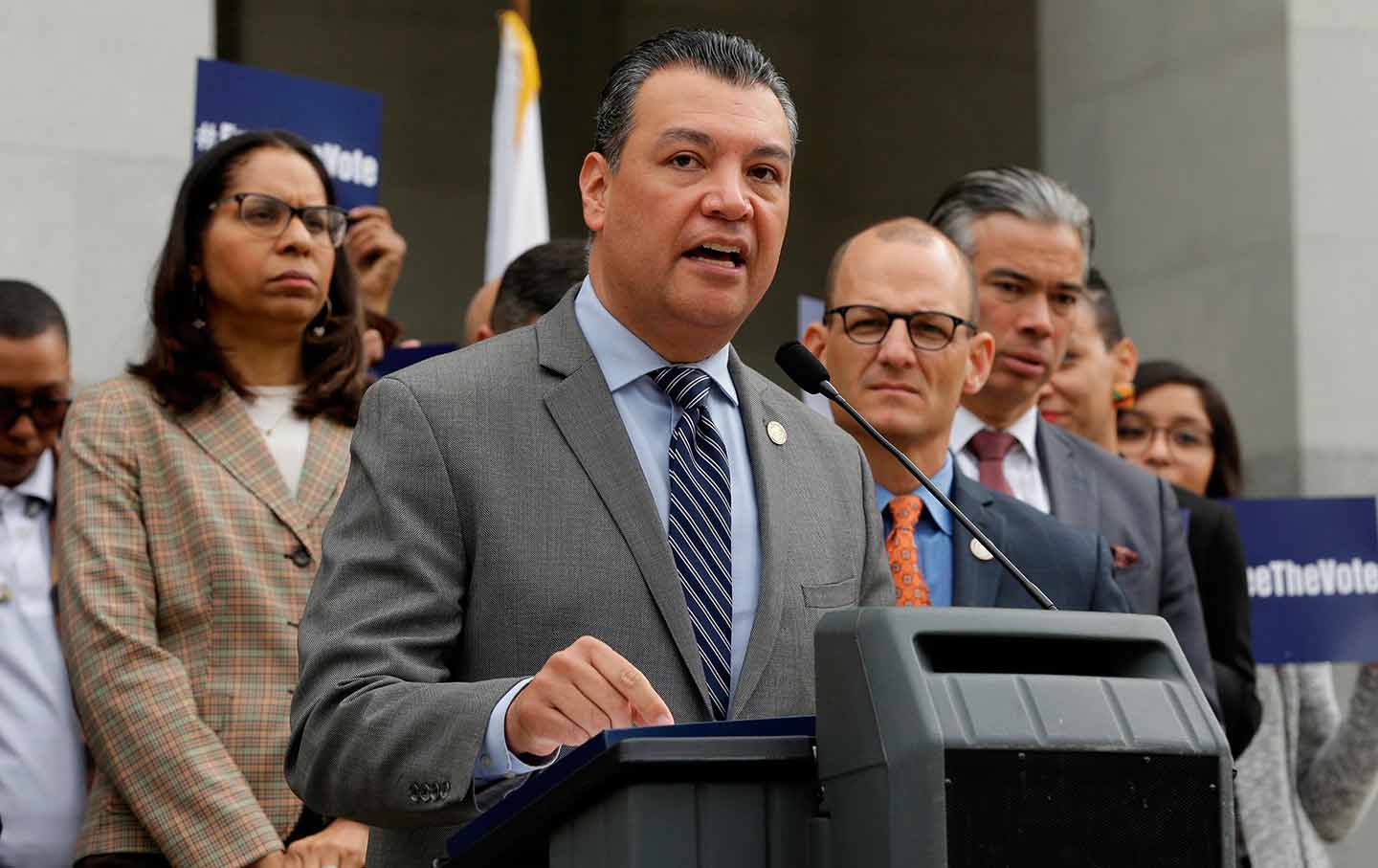 Watch this, and then try to argue Newsom made a bad pick. It’s tough.

Still, it’s also tough to see the Senate lose one of only 17 female Democratic senators—and its only Black woman. Californians have been represented by two women in the Senate for nearly 30 years, and with Senator Dianne Feinstein’s increasing challenges, politically and otherwise, it’s hard not to wish Newsom had been able to keep it that way.

He had an almost impossible job. A Latina Democrat would have been a perfect choice, but as evidence of the barriers they face, there are none in statewide roles and few in Congress in California. A coalition of 100-plus women connected with Black Women United urged the governor to pick either Representative Barbara Lee of Oakland or Representative Karen Bass of Los Angeles, two choices that would have pleased progressives too. Some progressives also pushed for Orange County Representative Katie Porter, who is white. But Newsom probably had to worry about removing another member of Nancy Pelosi’s shrinking House majority, at least until special elections, and Porter’s seat is purplish, not necessarily solid blue.

Predictably, liberal Latino advocacy groups praised the move. “We congratulate Secretary Padilla on his appointment to the United States Senate. This marks a long-overdue milestone for the Latino community, and it’s a bold step towards having a Senate that looks like the communities it serves,” said Nathalie Rayes, president of the Latino Victory Fund, which ran a “Pick Padilla” campaign.

Some of the black women who first pushed Biden to pick a black woman as vice president, and succeeded with Harris, but failed to get Newsom to appoint a black woman to replace her, are openly disappointed by the pick. “Well, now Black women don’t have a voice in the Senate,” political consultant Karen Finney tweeted quickly. She later amplified: “I am both disappointed having no Black women in the US Senate and happy for Alex Padilla who will no doubt serve my home state of California well. There is also a larger issue of structural, cultural and political barriers that create fewer opportunities for leaders of color to move up.”

Higher Heights cofounder Glynda Carr, who worked with Finney and others to push Harris last summer, shared her disappointment. “We made a major step forward with the election of Kamala Harris. This appointment is a giant step backward,” she told me. “So today we double down and accelerate the work to expand the number of women and elect Black women to the US Senate.”

Indeed. The problem is that Harris was the nation’s only Black female senator (and only the second ever elected), while Padilla will be California’s first Latino senator. These historic firsts have come too late; our communities, including Democratic women, should not be pitted against one another. Latinos are entitled to be elated; Black women are entitled to be disappointed. We need to increase the pipeline of women, young people, and candidates of color—especially progressive young female candidates of color—so these opportunities don’t play out, again and again, as a frustrating zero-sum game.