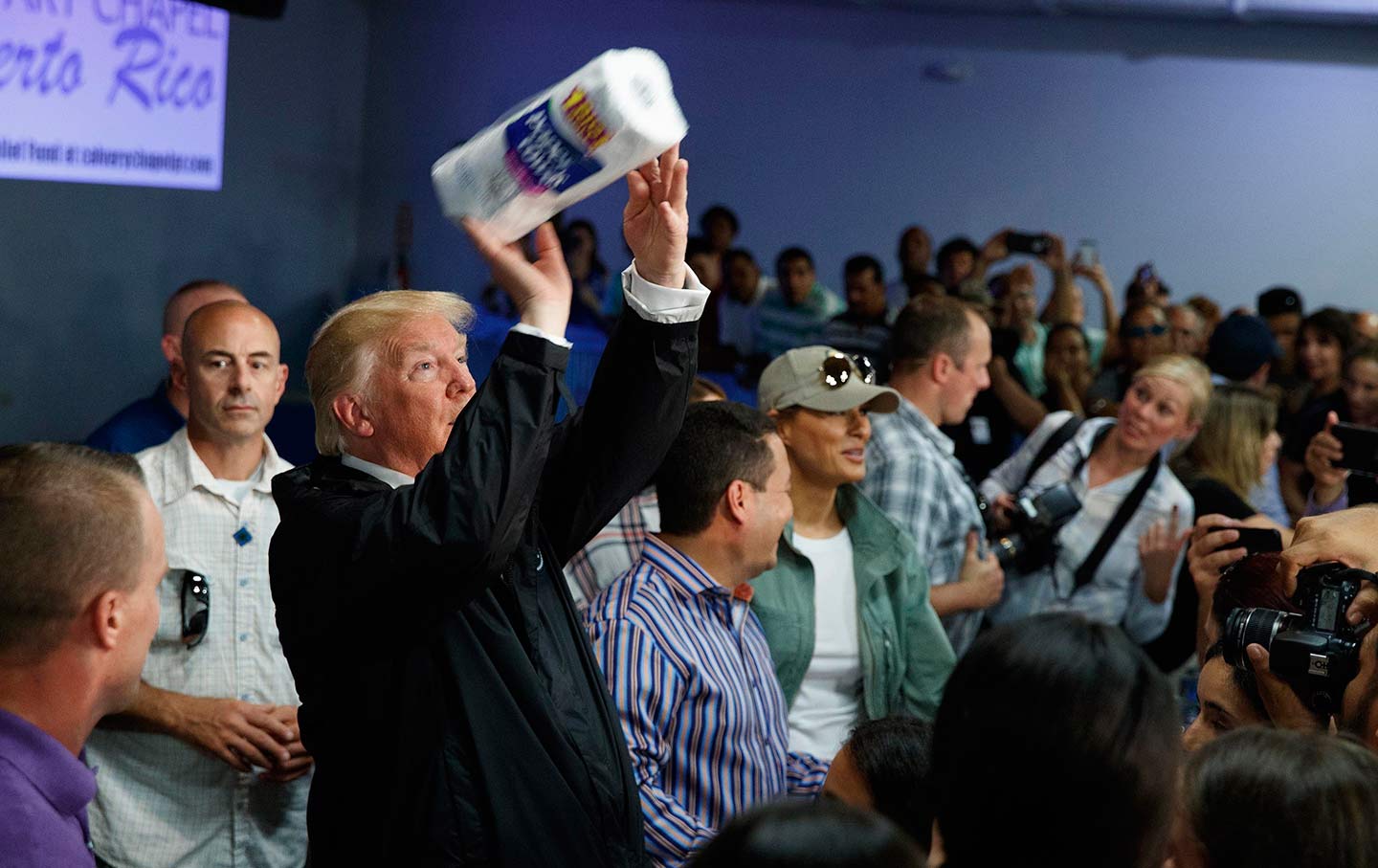 On October 30, 1975, the New York Daily News published one of the great headlines of all time: ford to city: drop dead. President Gerald Ford had just announced that the federal government would refuse to bail out New York if the city government went bankrupt. Ford later said that the headline and ensuing popular outrage helped cost him the 1976 presidential election.

Today, Donald Trump is inviting similarly damning headlines for his willingness to let New York flood from climate-driven disasters. “Sorry, you’ll just have to get your mops and buckets ready!” the president tweeted on January 18. He was responding to a New York Times article describing a possible plan to build a sea wall to “protect the city from floodwaters during fierce storms like Sandy,” the 2012 hurricane that killed at least 285 people and displaced thousands more.

The proposed six-mile-long barrier, extending from Queens to New Jersey, was to cost an estimated $119 billion. Now, as Gothamist reported on February 25, the Trump administration has “abruptly halted” the Army Corps of Engineers study of storm defense options for New York. The administration’s elimination of funding for the study is “dangerous and unprecedented,” Robert Freudenberg of the Regional Plan Association, an urban research and advocacy group, told Gothamist.

The move is only the latest in a series of harsh environmental policy rollbacks from the Trump team. Grist reports that the rollbacks are “deeply unpopular” among swing voters, but there’s a problem: Many don’t know anything about them. As we argued in the Climate Beat last week, with the stakes for our planet so high, the climate crisis must be a central focus of 2020 campaign coverage.

As the incumbent president campaigns for another four years in office, his cavalier attitude toward the crisis deserves much more attention and scrutiny by the press. So do the climate platforms of Democratic candidates. (Sadly, the moderators of CBS News’s February 25 debate in South Carolina asked not a single question about climate change, a noticeable contrast to the 16 minutes of climate discussion during NBC’s debate in Nevada on February 19.)

With Election Day eight months away, there is still time for national and local news outlets to give the climate crisis the visibility that science demands and opinion polls say voters want. And with the president tweeting about mops and buckets, killer headlines should come easy.