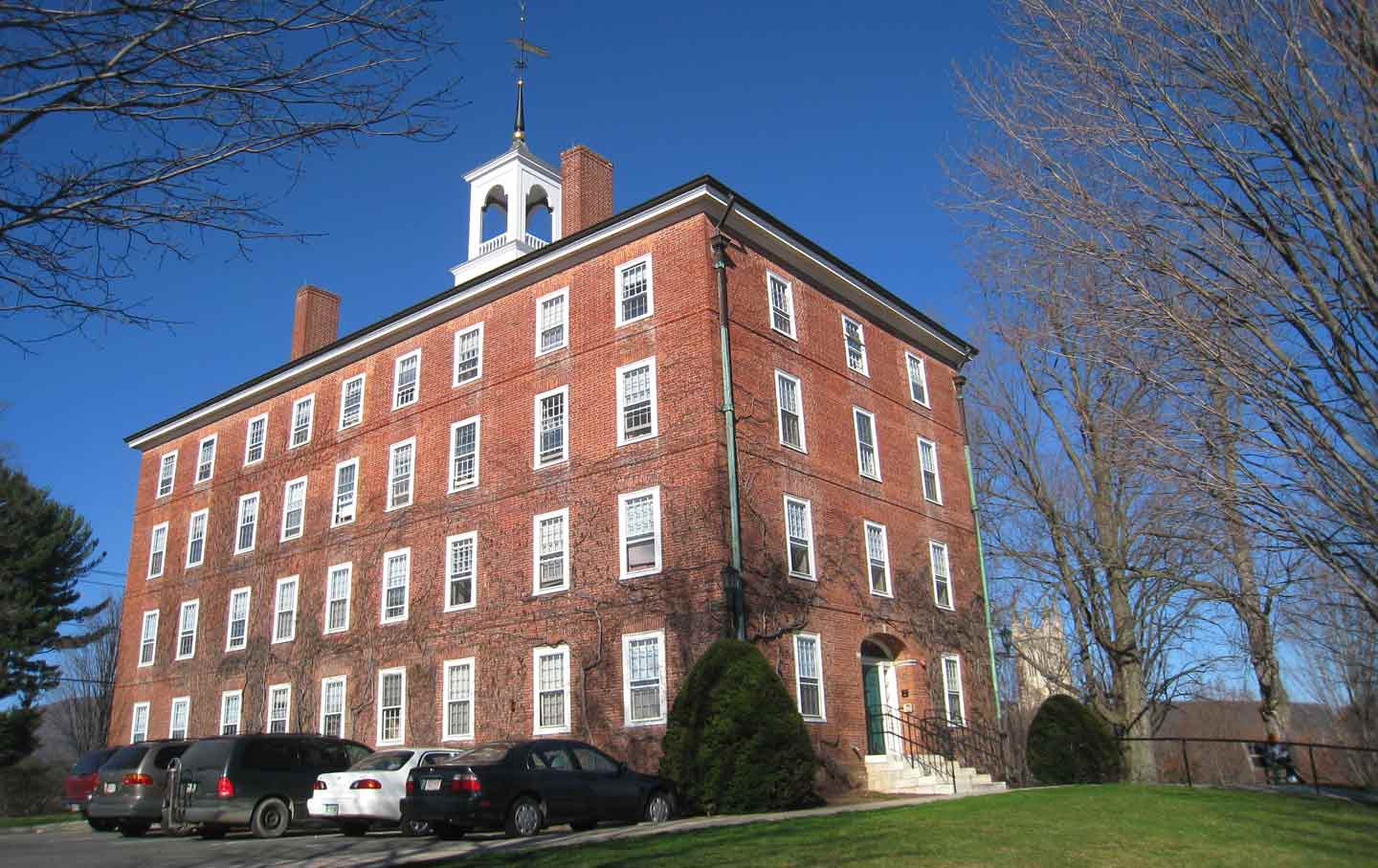 Students of color at universities, including Williams College, pictured above, have increasingly put pressure on administrators to confront longstanding issues of race in higher education. (Creative Commons )

Justice Antonin Scalia’s already infamous suggestion that blacks need “special schools” in reference to comments about Fisher v. University of Texas, is not only reminiscent of the pseudoscientific racism posited in Charles Murray’s The Bell Curve but also indicative of a dire lack of intellectual diversity in higher education.

At most colleges in the United States, students have to take courses in African-American studies to read the work of black thinkers in an academic setting. Meanwhile, the work of white male authors is taught in virtually every course that does not focus specifically on the experience of nonwhites.

I am a sophomore at Williams College, majoring in political science and philosophy. Throughout my freshman year, I took seven courses in the humanities and social sciences, from English and philosophy to political science and anthropology. Yet only two of the seven courses incorporated the critical thought and perspectives of at least one scholar of African descent. Those two courses were on African-American literature. In conversations with friends at other colleges and universities, I have asked if they have read in any of their courses the work of any scholars of black America, Africa, or the black diaspora, and each time, I’ve receive one of two answers. Either they say no, they haven’t, or they mention a course that they’ve taken on race.

If students are to enter into the world after college with a respect and concern for legitimate differences, be those of experience or opinion, this has to change. Colleges and universities across the country should confront the degree to which they advance the political and philosophical thought of white male thinkers in comparison with that of African-American thinkers. Needless to say, some of the greatest minds in the history of Western thought have been of African descent.

Integrating the political and philosophical thought of intellectuals of African descent into courses outside of African-American and Africana studies departments is imperative. Given that the most explosive issue in American society is race, any robust understanding of the world we live in and the challenges we face in this country must include the reality of black life and experiences from the point of view of black people themselves. Without knowledge of the subjective truths of black people’s collective experience, how can one come to understand, accurately describe, and attempt to solve the problems facing our multiracial democracy?

Further, the black intellectual tradition is corrective. In every field of study in the humanities and social sciences, the consciousness, experience, and identity of people of African descent has been misunderstood and thereby misrepresented. The black intellectual tradition in America, from its inception, has worked to refute notions of genetic, biological, and cultural inferiority echoed in Justice Scalia’s remarks. In fact, had Scalia read the work of Cornel West, Evelynn Hammonds, Charles Mills, Ann Morning, or numerous other African-American scholars who have written about the pseudoscience of race, he may not have made the same comments.

What I’m arguing for is an embrace of intellectual diversity: breaking up homogeneity and thinking through different perspectives on the most urgent issues of our time. Students who do not sign up for any African-American studies courses in college will likely graduate without reading the work of any thinkers of African descent in an academic context, one that forces them to interrogate their own understanding and those of the author.

I think every college student in America could benefit from reading the work of W.E.B. Du Bois, James Baldwin, John Hope Franklin, Toni Morrison, Cornel West, Henry Louis Gates Jr., and other thinkers of the black intellectual tradition. It would broaden and deepen their understanding of what it means to be American. This is why I hope that educators and administrators at colleges and universities across the country will embrace the challenge of diversifying their pedagogical choices.