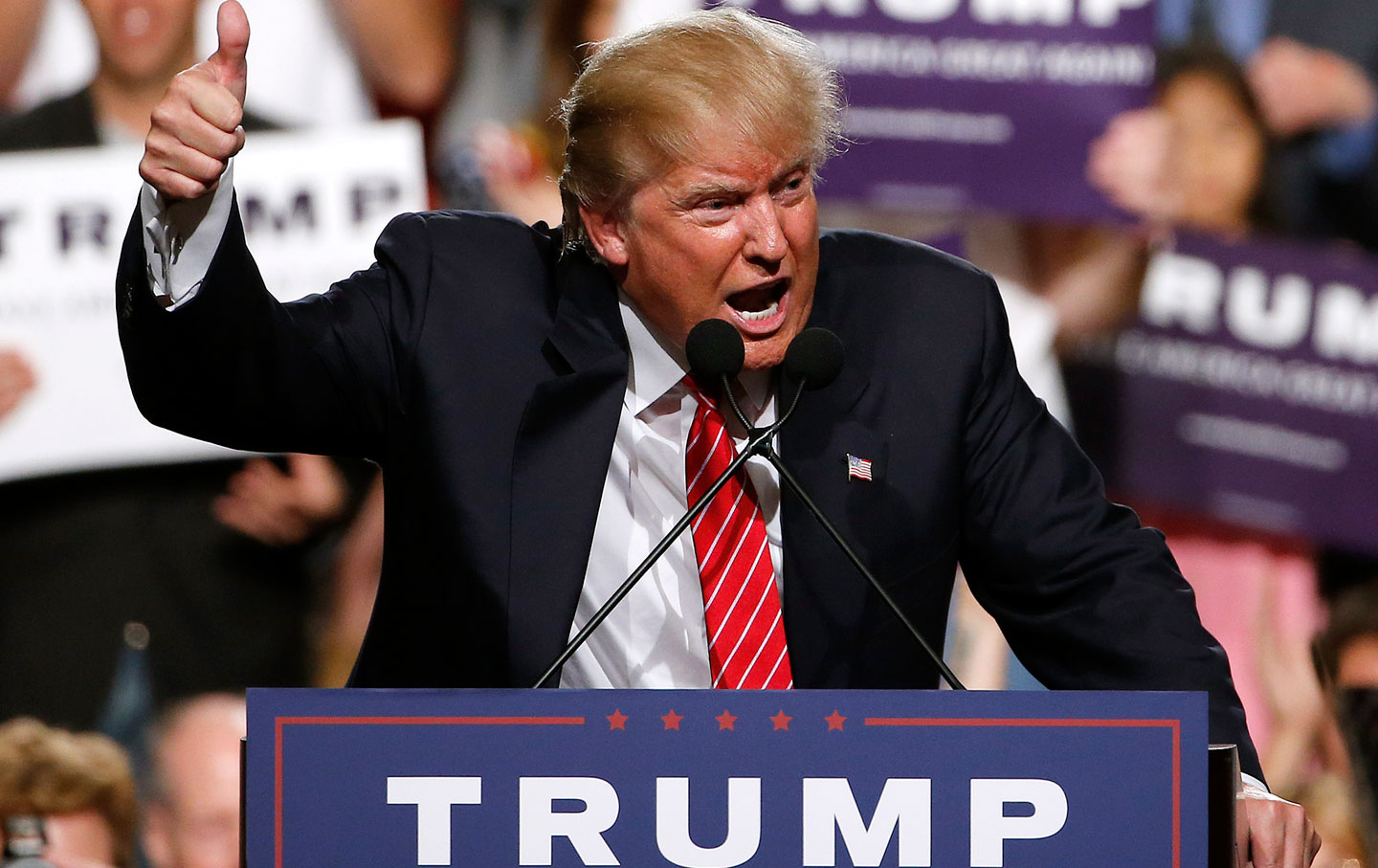 So much for Donald Trump’s relative moderation on reproductive health. During a Republican debate back in February, he offered what for today’s GOP counted as a heretical defense of Planned Parenthood. “Millions of women are helped” by the group, he said, though he also argued that it should be cut off from federal funding.

But during an interview with MSNBC on Wednesday, Trump swung himself to the outer fringes of the anti-abortion movement. “There has to be some form of punishment” for a woman who chooses to end a pregnancy, Trump said, though he didn’t specify what that might entail. What about consequences for the man who got her pregnant? That’s different, said Trump.

Laws that restrict access to legal abortion and those criminalizing self-induced abortion are on a collision course.

There are a few other conservatives who share this view—notably, National Review’s Kevin Williamson, who believes the proper punishment is hanging; and the co-chair of Ted Cruz’s pro-life committee, Troy Newman, who supports some sort of unspecified punishment for women, along with execution of abortion providers. But in general the anti-choice movement sticks to a careful public message that describes women as victims in need of protection from profit-hungry doctors. And indeed, facing criticism from his rivals, Trump backed down, and issued a statement clarifying his position to be that if abortion were to be criminalized, doctors—not women—should be prosecuted.

Obviously, criminalizing women who end their pregnancies in a country where one in every three women will do so has grotesque implications for public health and the criminal-justice system. Since at least 1500 BC women have risked imprisonment, pain, illness, and death in order to end pregnancies. There’s plenty of evidence in the historical record that criminalizing abortion makes it more dangerous, but none suggesting it will end the practice.

In fact, many states already criminalize women who end pregnancies themselves. Thirty-eight states have some sort of fetal homicide law, according to the Guttmacher Institute. Some exempt pregnant women, specifically, but many don’t. At least 17 people have been arrested or convicted for self-induced abortions in the United States, including Purvi Patel, who was sentenced to 20 years in prison last year for feticide. In 1990, a Florida teen who couldn’t afford an abortion shot herself in the abdomen, and was charged with third-degree murder. In 2009, a teenager in Utah paid a man $150 to beat her up, hoping it would cause a miscarriage; she was charged with solicitation to commit murder.

Meanwhile, pushed by the same activists who claim women shouldn’t be punished, states have been making legal abortion less and less accessible. Nearly 300 new restrictions on abortion services passed between 2011 and 2015. Texas lost half of its clinics in two years; only one remains open in Mississippi, and two in Louisiana. There are indicators that the closures are prompting more women to think about self-inducing. In 2011, when states enacted more than 90 restrictions, Google searches related to at-home abortions jumped by 40 percent, according to The New York Times. The states with the highest rates for searches about how to a pregnancy happen to be those that restrict abortion the most.

Laws that restrict access to legal abortion services and those that criminalize self-induced abortion are on a collision course, and it’s women who are caught in the middle. As Dani McClain reported recently, the problem is big enough that legal experts have formed a new coalition to help women who are prosecuted for taking medication or otherwise trying to end their own pregnancies—which, the group says, has become “the only available or acceptable method of abortion to growing numbers of people.”