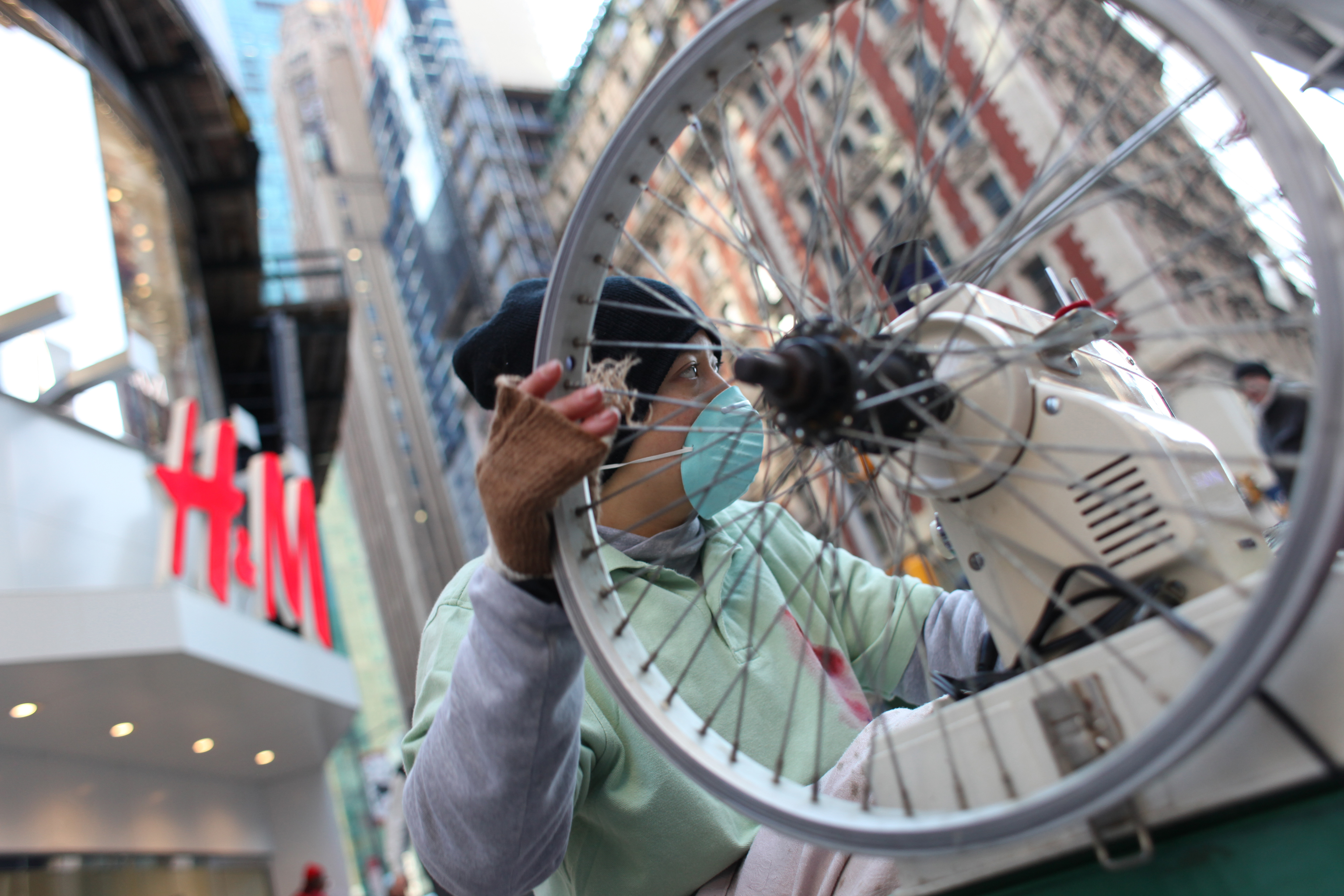 On January 17, Khmer-American artist Kat Eng sat for eight hours at the entrance of H&M’s flagship store in Times Square. She hunched over a hand-operated sewing machine, stitching together two and two-thirds dollar bills, the daily wage of a garment worker in Cambodia.

Eng said her performance was a direct response to a bloody crackdown of striking Cambodian workers on January 4, in which military police killed four people and wounded dozens more. She writes on her website, “It is an act of solidarity with the women who labor under the boot of multinational corporations and their collapsing industrial machines, women who literally create immense value with their own callused hands yet remain in poverty.”

Here’s a video introducing Eng’s performance, also from her website:

Violence broke out in Cambodian capital Phnom Penh following a demonstration by garment workers demanding a living wage. Military forces reportedly fired AK-47s at rock-throwing protesters, killing four. Workers and unions demanded a monthly wage of $160, as opposed to the government’s offer of $95. The Asia Floor Wage Alliance, a coalition of labor groups and unions, says the living wage for Cambodian garment workers is $283. Cambodian factories produce clothing for large American brands and retailers, including H&M, Nike, Gap and Adidas.

Eng says that along with showing solidarity with garment workers, she wants to bring attention to the perils of global capitalism. “I think that the production of fashion really hides the fact that the way these things are produced is really not beautiful,” she told The Nation. “There are no easy solutions, but the first step is to engage with the grim reality: our constant demand for new cheap clothes has an unaffordable human cost.”