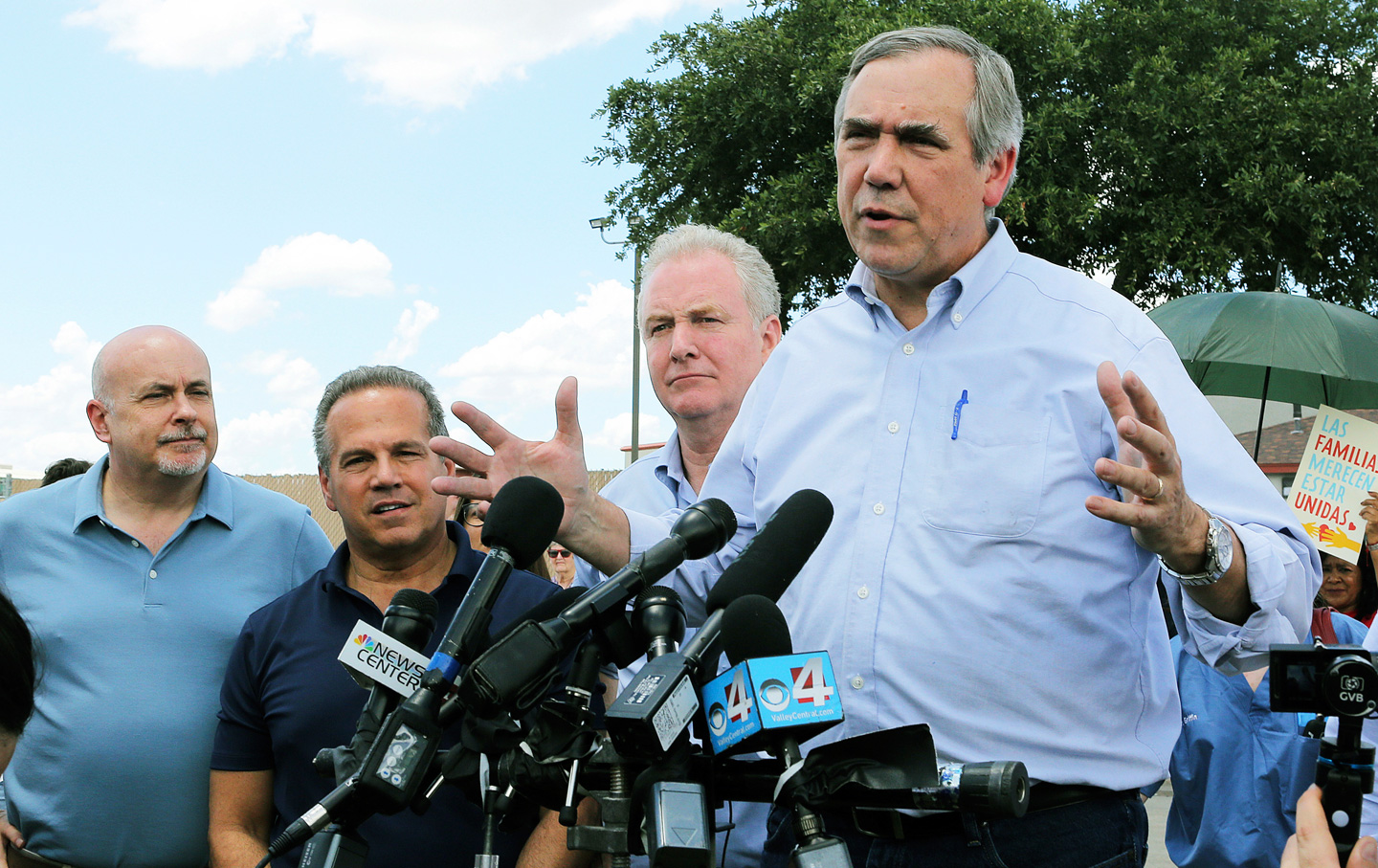 Congressional Progressive Caucus co-chair Mark Pocan (D-WI) traveled to the southern border last week and witnessed firsthand the humanitarian crisis that was unfolding, as federal authorities carried out President Trump’s brutally unjust and irresponsible anti-immigrant policies. He saw what was happening on the ground, at a moment when families were being separated and children were caged. While Trump has since dialed back some (though certainly not all) of his orders, the congressman wants to see a much bigger change in how the government enforces immigration policy.

The experience of visiting the border, and his consultation with advocates for reform, has led Pocan to conclude that it is time to abolish the federal Immigration and Customs Enforcement (ICE) agency. “During my trip to the southern border, it was clear that ICE, and its actions of hunting down and tearing apart families, has wreaked havoc on far too many people,” Pocan sxplained this week. “From conducting raids at garden centers and meatpacking plants, to breaking up families at churches and schools, ICE is tearing apart families and ripping at the moral fabric of our nation. Unfortunately, President Trump and his team of white nationalists, including Stephen Miller, have so misused ICE that the agency can no longer accomplish its goals effectively.”

With this in mind, the congressman announced that “I’m introducing legislation that would abolish ICE and crack down on the agency’s blanket directive to target and round up individuals and families. The heartless actions of this abused agency do not represent the values of our nation and the U.S. must develop a more humane immigration system, one that treats every person with dignity and respect.”

Pocan is not alone in his determination that ICE has to go. Congressmen Earl Blumenauer (D-OR) and Jim McGovern (D-MA) have endorsed its abolition, as has Congresswoman Pramila Jayapal (D-WA). A number of congressional candidates have done the same, echoing calls from activists.

New York Attorney General candidate Zephyr Teachout has also aligned with the movement to do away with ICE, declaring this week that:

We won’t rest until every family is reunited and until the policy of indefinite detention is totally abandoned. And as attorney general, I will use my powers to block the federal government’s illegal programs, to use the full reach of New York law to get information from the administration about the family separation program, and to protect the rights of separated children and parents.

But we need to go beyond the current moment and deal with the structural threat. We, as lawyers, must point out that unrestrained power is almost always abusive. Power corrupts; absolute power corrupts absolutely. It is not an accident that Ice and CBP [US Customs and Border Protection] have become tools of illegality: it is part of the design. Therefore, we must abolish Ice.

The specific work of abolishing the agency is a federal task, and Pocan is ready to get at it. He plans to advance would dismantle ICE and establish a commission charged with the responsibility of recommending a new approach so that the federal government can, according to language released by Pocan’s office, “implement a humane immigration enforcement system that upholds the dignity of all individuals, while transferring necessary functions to other agencies.”