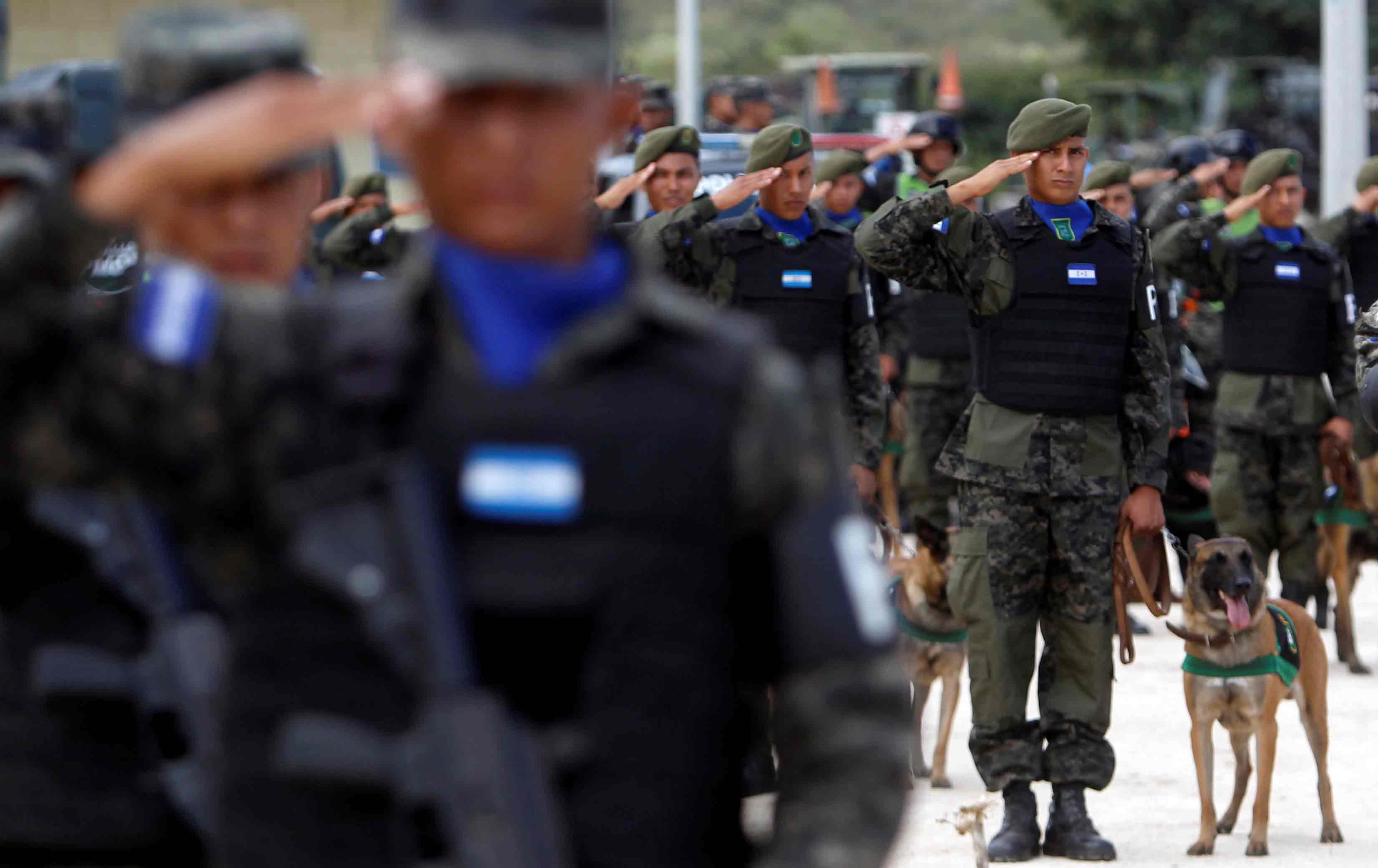 If you want to know how Donald Trump’s Latin American policy will play—and how he might deputize Israel to conduct a good bit of it—keep an eye on Honduras.

Honduras is both the coal mine (a country on the front lines of intensified energy extraction, mostly in the form of highly destructive and violent biofuel production) and the canary (the place where democratic activists, including those fighting deforestation, are killed at accelerating rates) of US foreign policy. In 2009, as Nation readers know, a decent, democratically elected, president, Manuel Zelaya, was ousted in a coup that was quickly legitimated by then–Secretary of State Hillary Clinton.

The post-putsch government consolidated some of the worst elements in Honduras: most importantly, a global financed-landed class committed to stepping up peasant dispossession; clear-cutting forests to plant lucrative African palm (especially in the Aguán Valley); and emboldened security forces, which, when they aren’t acting as death squads for landlords, are supposedly fighting a global war on drugs. If this were an honest war, most in the officer corps would have to summarily line themselves up against the wall, put their guns to their heads, and give the order to fire. They are the ones either running drugs or providing protection to those running drugs. Dana Frank sums it up: “On the one hand, we’re supposedly fighting a drug war there and pouring money into their military and police. And on the other hand, the government we’re supporting is widely alleged to be interlaced with drug traffickers at the highest level.”

To wit: The excellent Honduras Culture and Politics blog just reported that Honduras’s current minister of security—in charge of internal public order, the penitentiary system, and the national police—retired general Julian Pacheco Tinoco “was implicated as being part of a Honduran government drug trafficking ring by a DEA informant according to testimony provided by US Federal Prosecutors” at a drug-running trial taking place in Florida. The informant is José Santos Peña, a Mexican drug trafficker who used to work for the Sinaloa cartel.

Prosecutor: What was your meeting with Mr. Pacheco about?

Santos Peña: It was so that he could give me help to receive shipments from Colombia to Honduras. He was in charge of a part of the security in Honduras.

Prosecutor: What type of shipments?

Honduras, especially since the 2009 coup, provides no end of such revelations and outrages, including the execution of peasants by, according to The New York Times, “a commando-style squad of Drug Enforcement Administration agents,” which “accompanied the Honduran counternarcotics police.” Most recently, Honduras’s current president, Juan Orlando Hernández, has been greenlighted by the Congress and judiciary to run for a second term—an act that justified the 2009 coup in the first place (though, in fact, Zelaya wasn’t proposing that he be allowed to run for a second term).

In any case, in 2014, the post-coup government passed a law authorizing its army to shoot down suspect civilian planes. It was a step too far for Obama’s State Department, which, since Honduras technically isn’t a country we are at war with, administers military aid. According to Dan LaMothe at Foreign Policy, the law

codifies the Honduran military’s ability to shoot down the planes, in violation of the Chicago Convention on International Civil Aviation treaty the nation signed in 1953. The CIA used to participate in similar shootdowns through its Airbridge Denial Program, feeding information to local governments in Peru and Colombia that their militaries used to shoot down civilian planes believed to be running drugs. The program was eventually killed after the Peruvian jet shot down by its military killed an American woman acting as a missionary and her infant child in 2001, causing an uproar.

Earlier, in 2012, Honduras shot down two planes using radar information provided by the United States, leading Washington to temporarily stop sharing such information. The 2014 law supposedly led to a permanent ban on aerial intelligence; the US still works closely with Honduras on maritime intercepts.

So Honduras turned to Israel, with President Hernández and Minister of Defense Samuel Armando Ryes Rendon recently flying to Jerusalem to meet with Prime Minister Benjamin Netanyahu and Defense Minister Avigdor Liberman to sign a bilateral security cooperation agreement. The agreement includes $200 million in defense contracts, and entails “the refurbishment of the Honduran Air Force’s entire helicopter fleet, as well as many of its fixed-wing aircraft. These include US-made F-5 and A-37 jets and Bell UH-1 Hughes 500 “Huey” helicopters.” But US objection to Honduras’s “no-fly” narco zone could scotch the deal, since, according to The Jerusalem Post, “a State Department official confirmed that US approval must be sought for a third-party transfer to maintain or upgrade US technology on any aircraft of US origin.”

Shooting down planes does nothing to slow drug flow. Traffickers, in response, adjust flight routes, fly low, or move to fast boats (Venezuela passed a “shoot down” law in 2012, and regularly takes down small planes along its border with Colombia, yet there’s no evidence that it reduces drug trafficking). But it is easy to see a Trump administration giving the go-ahead. As head of the Pentagon’s Southcom, Trump’s nominee for Homeland Security, John Kelly, was close with Juan Orlando Hernández, cheerleading the Honduran president’s hard line.

Honduras is a small, relatively inconsequential country, but if the Trump administration sanctions the Israeli-Honduran deal it would confirm what seems likely: that its foreign policy would rest heavily a revived “Nixon Doctrine,” that is, using proxies to do its security work (a “doctrine” that, despite its name, is not exclusive to Nixon). It would also extend Israel’s warrant in Latin America. According to the website, InSight Crime, Israel:

has a long history of providing equipment and training to other countries in Latin America, most recently Argentina. At times, this cooperation has generated controversy, as was the case when Israel sold surveillance equipment to the government of former Panamanian President Ricardo Martinelli, who allegedly used it to spy on his political opponents. Additionally, a two-part report published last year by the human rights group Privacy International raised concerns that Israeli technology firms, along with counterparts in the United States and Europe, had helped Colombia construct a “shadow mass surveillance system in the absence of clear lawful authority, safeguards against abuse and opportunities for public scrutiny.” Israel also provided helicopters during the 1980s to the government of former Guatemalan dictator Efrain Ríos Montt which were reportedly used during operations that resulted in massacres of civilians. [NB: As Gabriel Schivone, and others, have noted, Israeli military aid to Guatemala in the 1980s extended well beyond supplying helicopters.] And a 1991 US Senate investigation found that Israeli mercenaries provided equipment and training to Colombian drug traffickers in 1988 and 1989.

Now, as in the 1980s in Guatemala, the relationships built by these security deals are more than mercenary; they help to draw together ideologues who see the world as one big Gaza or Aguán Valley and diplomacy as occupation management.