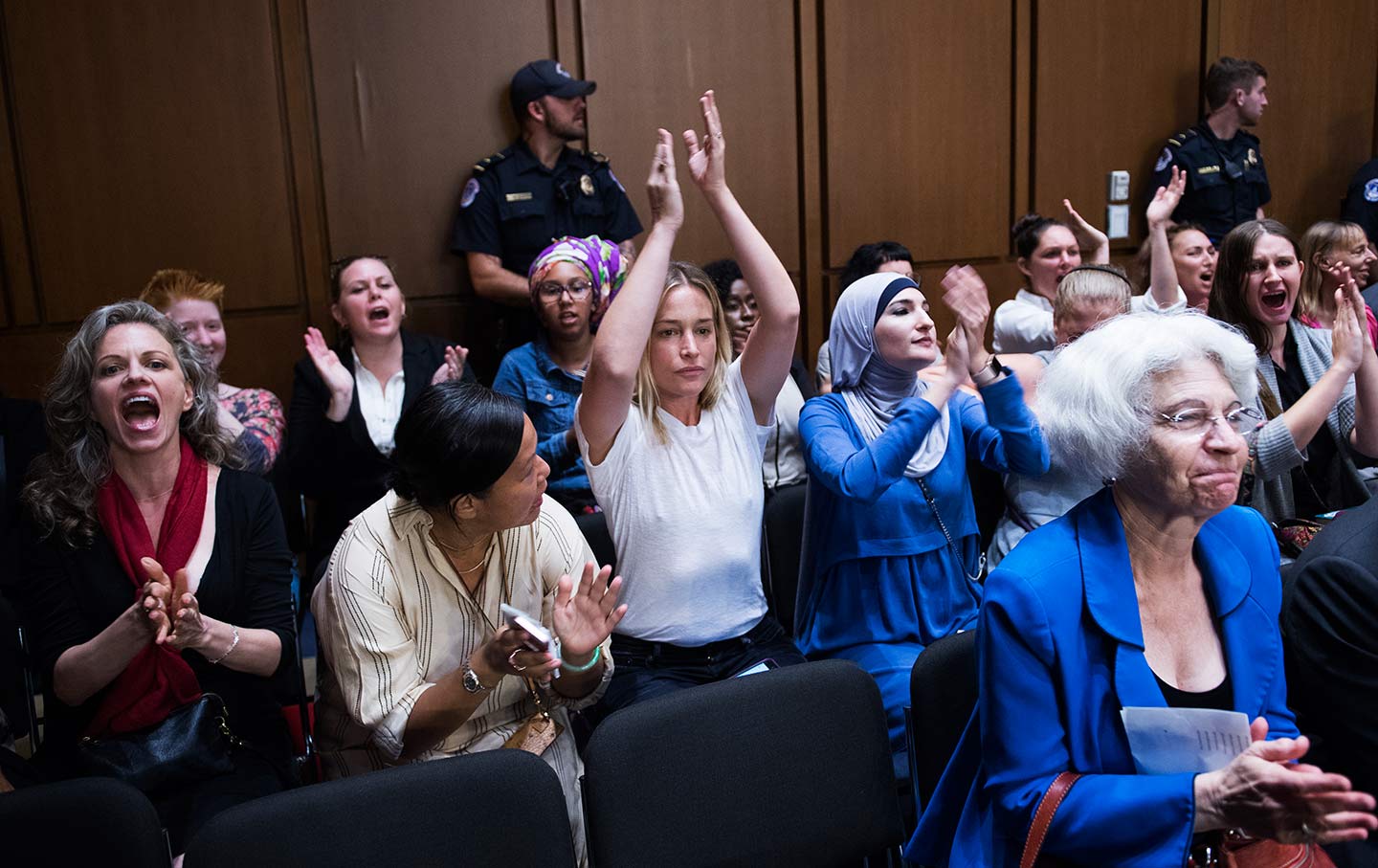 You are a progressive. You hate Trump. You always vote, even in the primary. You went to the Women’s March. You sometimes volunteer or donate to electoral campaigns.

You believe that Brett Kavanaugh poses a serious threat to American society. A fifth conservative on the Supreme Court would mean horrible things for our access to health care, our voting rights, corporate control of the economy, environmental protection, and, of course, accountability for President Donald Trump and his cabal.

You also believe Professor Christine Blasey Ford. You think it would be an abomination to elevate to the Supreme Court a man who has perpetrated such violence and lied about it so cavalierly.

But Donald Trump will not give up so easily. He and his allies will push as hard as they can to get Kavanaugh confirmed. Stopping them will take our full commitment of body and soul. 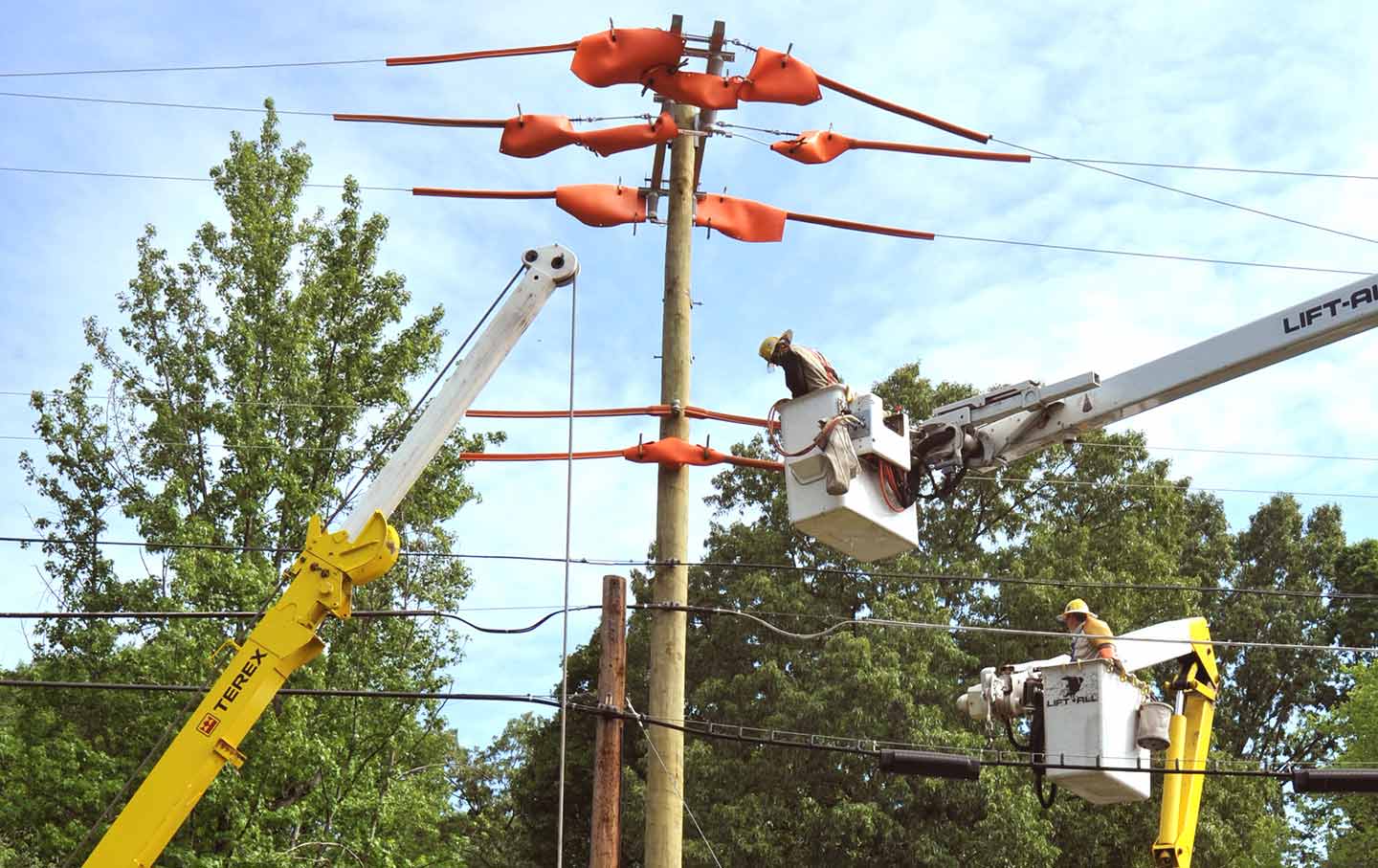 The Government Should Guarantee Everyone a Good Job

To stop Kavanaugh, you need to come to the Senate this Monday and engage in nonviolent civil disobedience with us. We know that this would be a first for you. We know the idea makes you a bit uncomfortable. But we’ve been doing this work for many years, and we can promise you that there is no more effective thing you can do right now to save our democracy. Let us answer your concerns.

“How will civil disobedience help?”

Two weeks ago, 200 brave protesters changed the entire dynamic of the Kavanaugh confirmation process by disrupting the hearings and giving voice to their objection. Those protesters, like generations of protesters before them, inserted themselves where they were not welcome. They interrupted business as usual, and they drew attention to the moral stakes of this nomination.

The Judiciary Committee will hold a hearing on Monday, and they appear set to take testimony from Ford and Kavanaugh. The nation’s eyes will be upon them. How we, the people, respond will determine the fate of the Kavanaugh nomination.

Imagine what will happen when hundreds of people descend upon the Senate at 9 am on Monday for that hearing. Imagine if wave upon wave of protesters say “no” to sexual violence, “no” to corporate control of the economy, and “no” to Kavanaugh. Imagine if the hallways overflow with nonviolent resistance fighters. They will not be able to overcome the moral force of our voices.

Kavanaugh’s nomination is hanging by a thread. His opposition to abortion rights, his repeated acts of perjury, and now the serious allegation of attempted rape have given even Republican senators many good reasons to vote no.

Decades of American history have shown us that civil disobedience has the power to make unaccountable decision-makers change their behavior. It helped earn white women the franchise. It was integral to workers winning the right to decent pay. It played a crucial role in defeating Jim Crow. It contributed to the end of the Vietnam War. It helped win medical care for people living with HIV. And last year, it saved the Affordable Care Act. It can surely win this battle.

Nonviolent civil disobedience is necessary now because the Republican Party has violated long-standing norms and stolen a seat on the Supreme Court. Now, it is engaged in a process that violates our moral and constitutional values. On Monday, hundreds of us from around the country will come to the hearing to bear witness to Prof. Ford’s testimony. We will not permit a repeat of the committee’s of Anita Hill.

We know that you have important obligations on Monday. A big meeting at the office. Your daughter’s basketball game. A long scheduled dinner. A family member who needs your help.

But we also know that this nominee will do tremendous damage to you and your loved ones for years to come. He will harm your health, your financial security, your children’s safety. A Justice Kavanaugh would send a horrendous message to every victim of sexual violence—and every perpetrator as well. Kavanaugh will harm your community, your country, your democracy.

You vote every election, even though there is little chance that your vote will be the deciding factor. You do it on principle. You do it because the stakes are so high. You do it because the small chance of making a difference is worth your time. The same is true here. Time and time again, we have seen how civil disobedience can pull victory from the jaws of defeat. It takes hundreds of thousands or millions of votes to win state and federal elections, and still you vote. We need only a fraction as many people to come to the Senate on Monday to give us a real shot at saving the Supreme Court for a generation. It is worth your time.

“Civil disobedience just isn’t for me.”

You may think of civil disobedience as something that activists do. And you’re not that kind of person. Well, desperate times call for desperate measures. American society is under unprecedented threat. If our children’s children are going to grow up in a democracy, it will be because our generation took responsibility for preserving it. All of the great social-movement victories in our history were the result of ordinary people deciding to leave their comfort zone and step out into the light of collective action. We need you to make that leap now.

Civil disobedience is an invigorating and liberating experience, because it allows us to resist injustice alongside sisters and brothers who share our values. There will be singing and laughing. There will be powerful stories and inspiring speeches. You will be safe. The Capitol Police may even whisper in your ear, “I support you,” as they place the handcuffs on your wrists. You will most likely be asked to pay a “post and forfeit” fine. You will probably not go to jail. If you do, we will have lawyers there waiting for you. But, either way, you will leave Washington, DC, empowered and hopeful, filled with the self-respect that comes from knowing that you are doing everything you can to make this country better. It will be a day that you will never forget.

For answers to more of your questions and to sign up for this act of civil disobedience, go to http://bit.ly/WeBelieveChristine. And if you would like to join us, but do not want to get arrested, we would still greatly appreciate your solidarity. There is room for everyone.

Correction: The hearing and protest have been moved from Thursday to Monday, and the text has been changed to reflect that. Because of the schedule change, Rev. Dr. William J. Barber II will no longer be able to attend. The article also initially had an incorrect byline; Ady Barkan is the sole author of this piece.