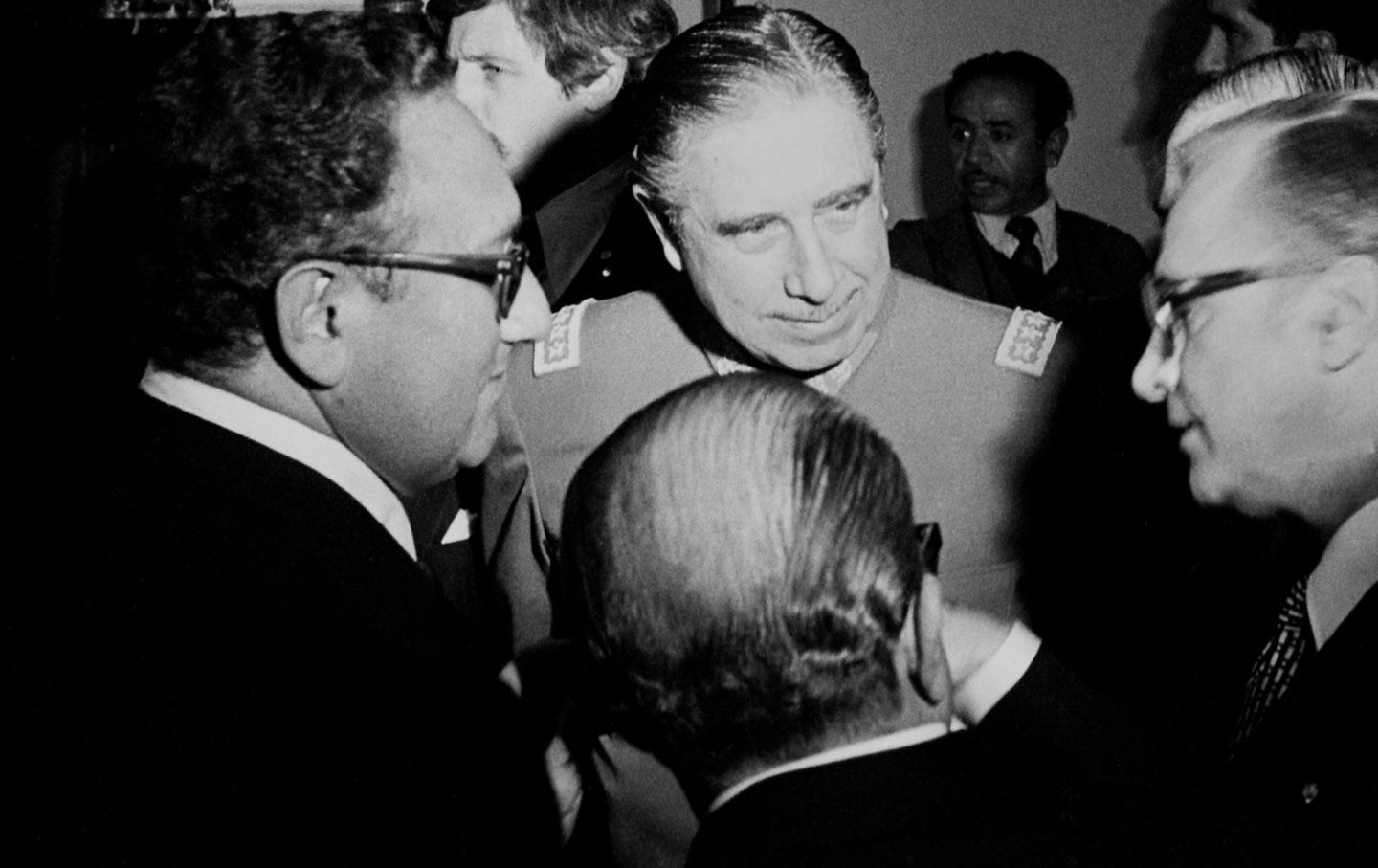 In the fall of 1987, Secretary of State George Shultz faced a formidable challenge: to convince President Ronald Reagan that the time had come to jettison his favorite anti-Communist dictator, Gen. Augusto Pinochet, and openly align Washington with the forces of democracy in Chile. In September, Shultz sat down with CIA director William Webster, who briefed him on Pinochet’s direct role in the September 21, 1976, car-bombing in Washington, DC, that took the lives of the leading critic of Chile’s military regime, former Chilean diplomat Orlando Letelier, and his young colleague at the Institute for Policy Studies, Ronni Karpen Moffitt. The CIA had “convincing evidence,” Shultz learned, that “Pinochet personally ordered his intelligence chief to carry out the murders.”

In a secret report titled “Pinochet and the Letelier-Moffitt Murders: Implications for US Policy,” Shultz made his case to the president. “The CIA has never before drawn and presented its conclusion that such strong evidence exists of [Pinochet’s] leadership role in this act of terrorism,” the Secretary of State informed Reagan. “It is not clear whether we can or would want to consider indicting Pinochet,” Shultz advised. “Nevertheless, this is a blatant example of a chief of state’s direct involvement in an act of state terrorism, one that is particularly disturbing both because it occurred in our capital and since his government is generally considered to be friendly.”

“The only clear case of state-supported terrorism that has occurred in Washington” —George Shultz to Reagan, 1987

Washington could not continue to support a mastermind of what was, before 9/11, “the only clear case of state-supported terrorism that has occurred in Washington, D.C.,” Shultz concluded his argument to President Reagan.  “What we now know about Pinochet’s role in these assassinations is of the greatest seriousness and adds further impetus to the need to work toward complete democratization of Chile.”

This dramatic document was among 282 declassified records on the Letelier-Moffitt case that Secretary of State John Kerry turned over—on a ceremonial pen-drive—to Chilean president Michelle Bachelet during a visit to Santiago last week. “It was a surprising gesture,” Letelier’s son, the popular Senator Juan Pablo Letelier, noted in a radio interview in Chile. “I think this practice of declassifying documents is very positive.”

Indeed, Secretary Kerry and the State Department’s Policy Planning Staff deserve significant credit for practicing “declassified diplomacy”—using US documents as diplomatic currency to advance the cause of human rights and redress the dark, interventionist history of US-Chilean relations. The Clinton administration started this unique practice after Pinochet’s arrest in London in 1998, undertaking a special Chile Declassification Project on CIA covert operations in Chile and Pinochet’s repressive 17-year dictatorship. “Such information could assist in encouraging a consensus within Chile on reinvigorating its truth and reconciliation process,” stated an NSC tasker ordering the review and declassification of 23,000 never-seen-before CIA, NSC, Defense, and State Department records that were turned over to Chile’s National Library in the fall of 2000.

The just-released documents on the Letelier-Moffitt case—many carry declassification stamps of October 1, 2015, just days before Kerry’s trip to Santiago—were intended to be released along with those 23,000 records. But after the families of Letelier and Moffitt, along with the Institute for Policy Studies where they worked and my organization, the National Security Archive, pressed the Clinton White House to indict Pinochet as a terrorist, the administration decided to withhold these records as potential evidence in a future prosecution.

Before leaving office, Clinton’s attorney general, Janet Reno, received a recommendation from her Justice Department investigators to indict Pinochet for this act of political terrorism. She left the draft indictment for her successor in the incoming George W. Bush administration, John Ashcroft, to implement. But President Bush never lifted a finger to prosecute Pinochet—even as fighting international terrorism became the central theme of his presidential tenure.

Had the CIA evaluation of the dictator’s role in international terrorism been leaked or declassified, the pressure to bring him to justice—here or in Chile—would have been overwhelming. Instead, Pinochet died in 2006 without ever being prosecuted for the murders of Letelier and Moffitt. Their families, and the public, were left with the worst-case scenario: neither truth nor justice.

Earlier this year (with the support of the National Security Archive) the Chilean government of Michelle Bachelet—herself a victim of Pinochet’s human rights abuses—petitioned the Obama administration to finally release these key records. The State Department was receptive, and mobilized the declassification bureaucracy to locate the missing Letelier papers. Kerry’s trip to Santiago for an international conference on oceanic law provided a target date, and a golden opportunity, to declassify the documents and personally carry them to Chile. Headlines such as “Pinochet Directly Ordered Killing on US Soil of Chilean Diplomat, Papers Reveal” are now circulating around the world.

To be sure, there are key documents in the Letelier-Moffitt case that remain classified. The CIA has yet to declassify its “convincing evidence” on Pinochet’s culpability. Nor has the FBI released its investigative report to Attorney General Reno recommending that Pinochet be prosecuted. But with this model effort of “declassified diplomacy,” the Obama administration has opened a Pandora’s box of evidence—once again proving the power of declassified US documents to provide historical vindication, if not legal accountability.