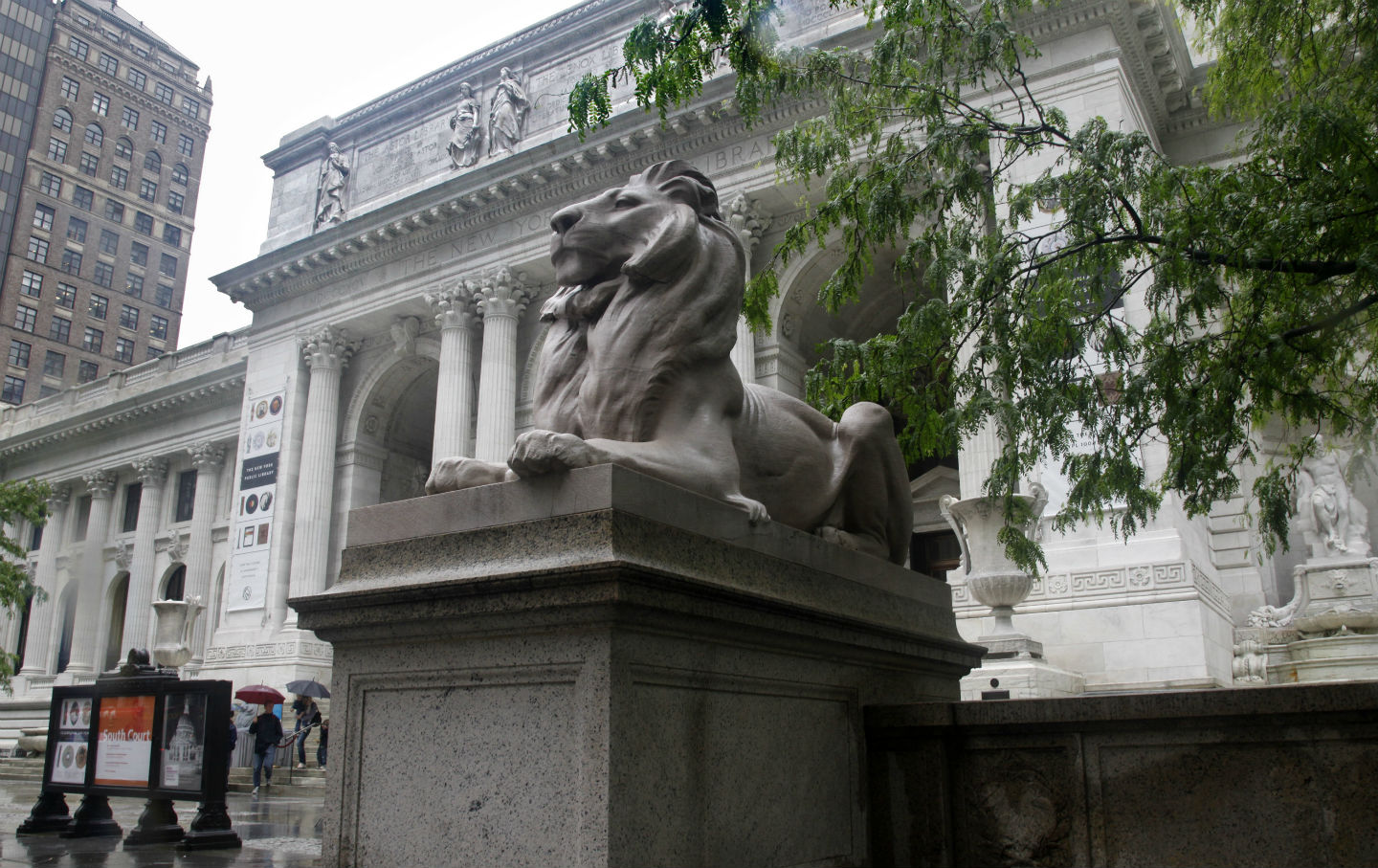 There are more public libraries in America—some 9,000 central buildings and 7,500 branch locations—than McDonald’s restaurants, making them one of the most ubiquitous institutions in the nation. Far from serving as obsolescent repositories for dead wood, libraries are integral, yet threatened, parts of the American social fabric. Libraries, after all, are truly democratic spaces where all are welcome and where everything inside is available to everyone. Few American institutions strive for “equity of access,” a core principle of the American Library Association, and even fewer pay more than lip service to the idea that services like the Internet are necessary aspects of life that simply must be made available to all members of society. But despite their impact and import—much of it hidden from people of means who can independently (and often expensively) secure for themselves those services provided by the library—America is starving its libraries, cutting off millions of people from the stream of information that, like oxygen, powers the development and basic functions of society.

In response to a 2010 story by Chicago’s Fox affiliate, “Are Libraries Necessary, or a Waste of Tax Money?”, Commissioner of the Chicago Public Library Mary A. Dempsey explained, “There continues to exist in this country a vast digital divide. It exists along lines of race and class and is only bridged consistently and equitably through the free access provided by the Chicago Public Library and all public libraries in this nation. Some 60 percent of the individuals who use public computers a Chicago’s libraries are searching for and applying for jobs.” It might be amusing to quip about musty, 19th-century-era card catalogs and smudgy, analog newspapers racked on giant spindles, but the access to contemporary society that public libraries provide is deadly serious.

In New York City, library funding is down $65 million since 2008, even though demand for library services is surging. At the 217 local library branches across the city, there are waiting lists for English-language classes and computer-coding classes. One-third of city residents—about 2.8 million people, more than the entire population of Chicago—has no home Internet access and must rely on services available at the public library. Indeed, the Queens Library, which serves the most ethnically and economically diverse communities in the United States and which loaned out 15.7 million items during the 2014 fiscal year, has the highest circulation rate of any public library in the country. Yet despite their popularity, City libraries are literally falling apart, and some branches in Brooklyn and the Bronx more resemble subway stations than literary oases. New York’s three library systems are requesting $1.4 billion in city funding to upgrade infrastructure over the next ten years, and Mayor De Blasio—whose administration says it’s “made a clear commitment to libraries”—needs to listen. After all, you can’t get more populist than the public library.

While it would be wonderful to assume that all media are available to all New Yorkers at all times—and that the only thing standing between us and the world is a sticky connection or a malfunctioning server—this simply isn’t so. And if you spend a morning observing a job-search program at the public library—where recent immigrants, perhaps, and parolees and recovering addicts sign up for their first email addresses and struggle with a QWERTY keyboard for the first time—you recognize such a sentiment as woefully naïve. As The New York Times editorialized last month, “The libraries are where poor children learn to read and love literature, where immigrants learn English, where job-seekers hone résumés and cover letters, and where those who lack ready access to the Internet can cross the digital divide.” Imagine everything you did today that utilized the Internet—checked your checking-account balance, ordered a birthday present for a friend, read your hometown newspaper—and now imagine having to go to the library, during library hours, to do it. Can’t make it to your local branch between 10 and 6 (between 1 and 6 at many Queens locations)? Tough luck. Hop on the bus and try again tomorrow during your 20-minute lunch break.

Beyond mere fairness, there are viable economic reasons for sustaining New York City’s public libraries. In 2010, the City of Philadelphia spent $33 million on its public libraries; private donations contributed $12 million more. Subsequent to the funding, the value of an average home located within one quarter-mile of one of the city’s 54 public library branches rose $9,630. In the aggregate, the public libraries contributed $698 million to home values in Philadelphia, which translated into an additional $18.5 million in property taxes for the city and school district. Other studies have demonstrated that for every tax dollar that libraries take in, communities receive anywhere between $2.38 and $6.54 in return. Simply put, it’s not just cruel to starve our libraries—and the communities that utilize them. It’s bad for business, and bad for America.

We must not abandon the egalitarian living rooms that our public libraries have become. Scott Sherman’s extraordinary reporting The Nation (as well as his new book) set in motion a chain of events that led the New York Public Library to abandon its Central Library Plan. Armed with Sherman’s reporting, New Yorkers (and others around the country and the world) demanded that NYPL, well, serve New Yorkers and other readers, and the library has started to respond. Sherman’s reporting shows that our libraries don’t need to be endangered at all, as long as we are willing to stand up for them. Our support is due, and empty, abandoned stacks are late fees we just can’t afford to pay.