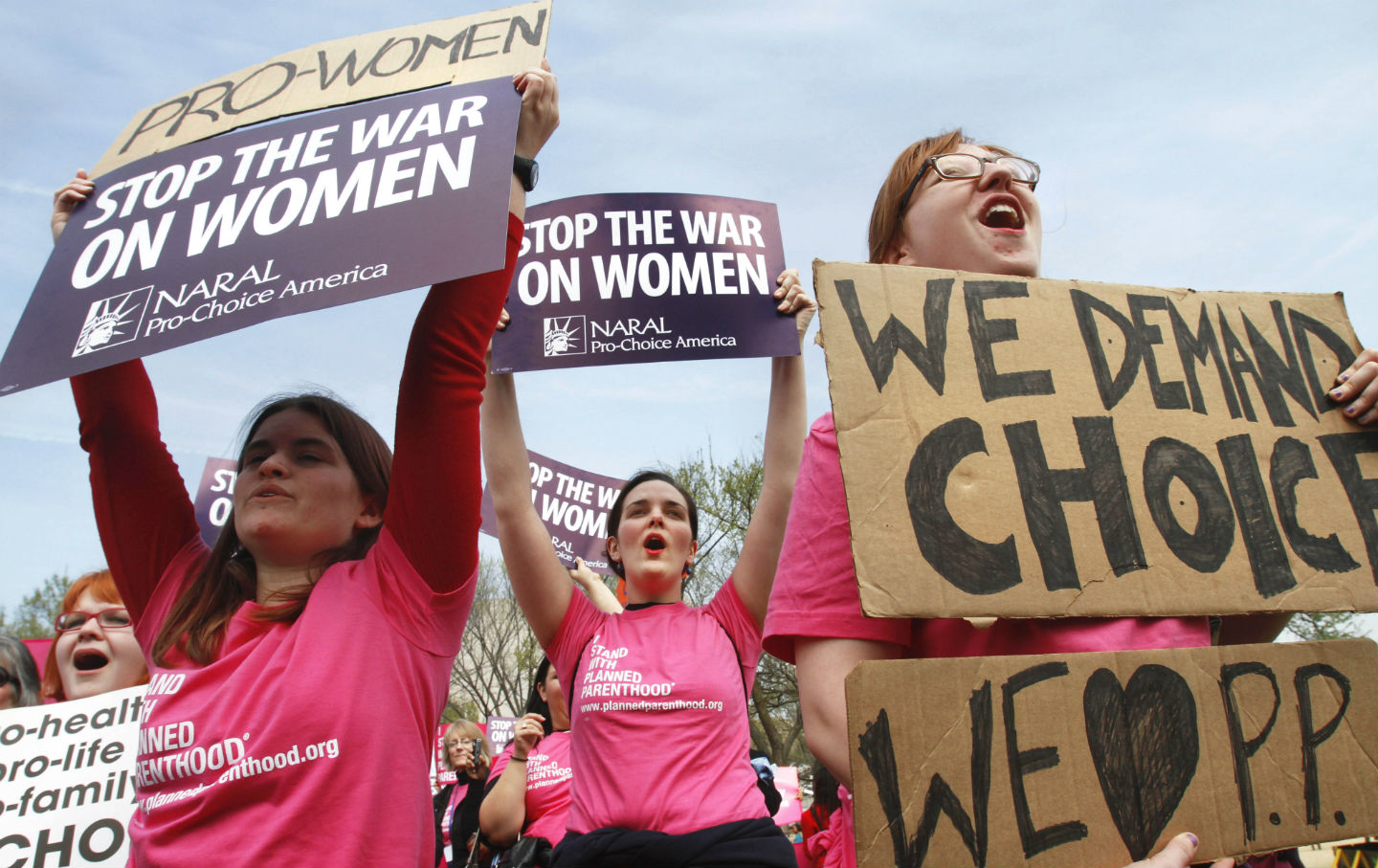 Well, we knew this was coming. Today, the Center for Medical Progress, the anti-abortion group waging a guerrilla media war against Planned Parenthood, released its second undercover video. Once again, activists posing as representatives of Biomax, a fictitious biomedical procurement company, met with a senior Planned Parenthood official—in this case, Dr. Mary Gatter, medical director of the Pasadena affiliate and president of Planned Parenthood’s Medical Directors Council. Once again, the recording does not support the Center for Medical Progress’s central claim, which is that Planned Parenthood “sells” fetal body parts. Even in the heavily edited version of the recording that the Center for Medical Progress initially put out, Gatter repeatedly makes it clear that she’s not interested in profiting. “[W]e’re not in it for the money, and we don’t want to be in a position of being accused of selling tissue, and stuff like that,” she says. “On the other hand, there are costs associated with the use of our space, and that kind of stuff.”

Nevertheless, on a purely political level this is pretty bad for Planned Parenthood, and for the cause of reproductive rights more broadly. What’s going to resonate is the clip of Gatter haggling over the price of tissue. In response to the “buyer” asking what sort of compensation she expects, Gatter says, with a bit of a smirk, “Well, why don’t you start by telling me what you’re used to paying?” The buyer again tries to get Gatter to make an offer, saying, “I would like to know, what would make you happy?” Gatter doesn’t bite, replying, “Well, you know in negotiations the person who throws out the figure first is at a loss, right?”

Reading the whole transcript, its clear that Gatter doesn’t actually try to push up the price. The buyer eventually offers $100 per specimen, giving Gatter an opportunity to counter it. She doesn’t. “It’s been years since I talked about compensation, so let me just figure out what others are getting,” she says. “If this is in the ballpark, it’s fine, if it’s still low then we can bump it up.” Then she says, “I want a Lamborghini.” It’s a line that the right is going crazy with—“Lamborghini” is currently trending on Twitter—but she’s obviously joking. She doesn’t want to be taken advantage of, but she’s not trying to exploit the situation either.

If there is one place where Gatter flirts with doing something ethically dubious, it’s in the discussion of abortion methods. The federal law authorizing research on donated fetal tissue requires that “no alteration of the timing, method or procedures used to terminate the pregnancy” be made “solely for the purposes of obtaining the tissue.” Gatter, however, suggests that she might talk to the clinic doctor about using manual as opposed to electronic suction in order to preserve intact specimens. “I think they’re both totally appropriate techniques, there’s no difference in pain involved, I don’t think the patients would care one iota,” she says.

Now, she only says she’s going to raise the issue with the doctor—there’s no evidence that any change was actually made. However, there are already three congressional committees and seven states investigating Planned Parenthood as a result of the Center for Medical Progress’s first undercover video. This gives them a new line of inquiry, and will likely result in further subpoenas.

Planned Parenthood is preparing for things to keep getting worse. In a letter to the chairman of the House Energy and Commerce Committee yesterday, Planned Parenthood’s attorney, Roger K. Evans, writes, “At this point, we do not know the full extent of Biomax’s illicit conduct. We believe that on at least one occasion a representative from Biomax was shown a highly sensitive area in a clinic where tissue is processed after abortion procedures.… We also believe that in at least one interaction at a Planned Parenthood facility, the Biomax representative asked questions about the racial characteristics of tissue donated to researchers studying sickle cell anemia, apparently seeking to create a misleading impression.” We can expect future videos with gruesome images of second-trimester fetuses, and uncomfortable conversations about the fact that women of color are overrepresented among abortion patients.

So far, Planned Parenthood’s response has been to point out that the people behind the Center for Medical Progress are anti-abortion extremists. This is true: As Eli Clifton and Amanda Marcotte wrote in The Nation, one of the board members of the Center for Medical Progress is Operation Rescue President Troy Newman. As a defense, however, this only goes so far. It is highly unlikely to sway anyone disturbed by the footage, or to be anything more than a single talking point for pro-choicers engaged in debate.

What’s needed is a forthright defense of fetal-tissue donation, which has been used to develop vaccines, to search for treatments for Parkinson’s, Alzheimer’s, and cystic fibrosis, and, crucially, to protect infants. “Fetal tissue is often used in research on diseases and disorders that affect babies,” Danielle Paqette writes in The Washington Post. “Scientists use it to better understand fetal anatomy and how it may react to certain treatments. Liver is particularly helpful when assessing whether a medicine may be toxic.” Refusing to use fetal remains for research would do nothing to curb abortion. It would only make sure that nothing positive could come from abortions that will happen regardless.

More people should be out there saying that—not just Planned Parenthood, but researchers, patient advocates, and neonatologists. We should be having the same debate we had about stem cells. The anti-abortion movement can’t expose something that isn’t kept in the dark.