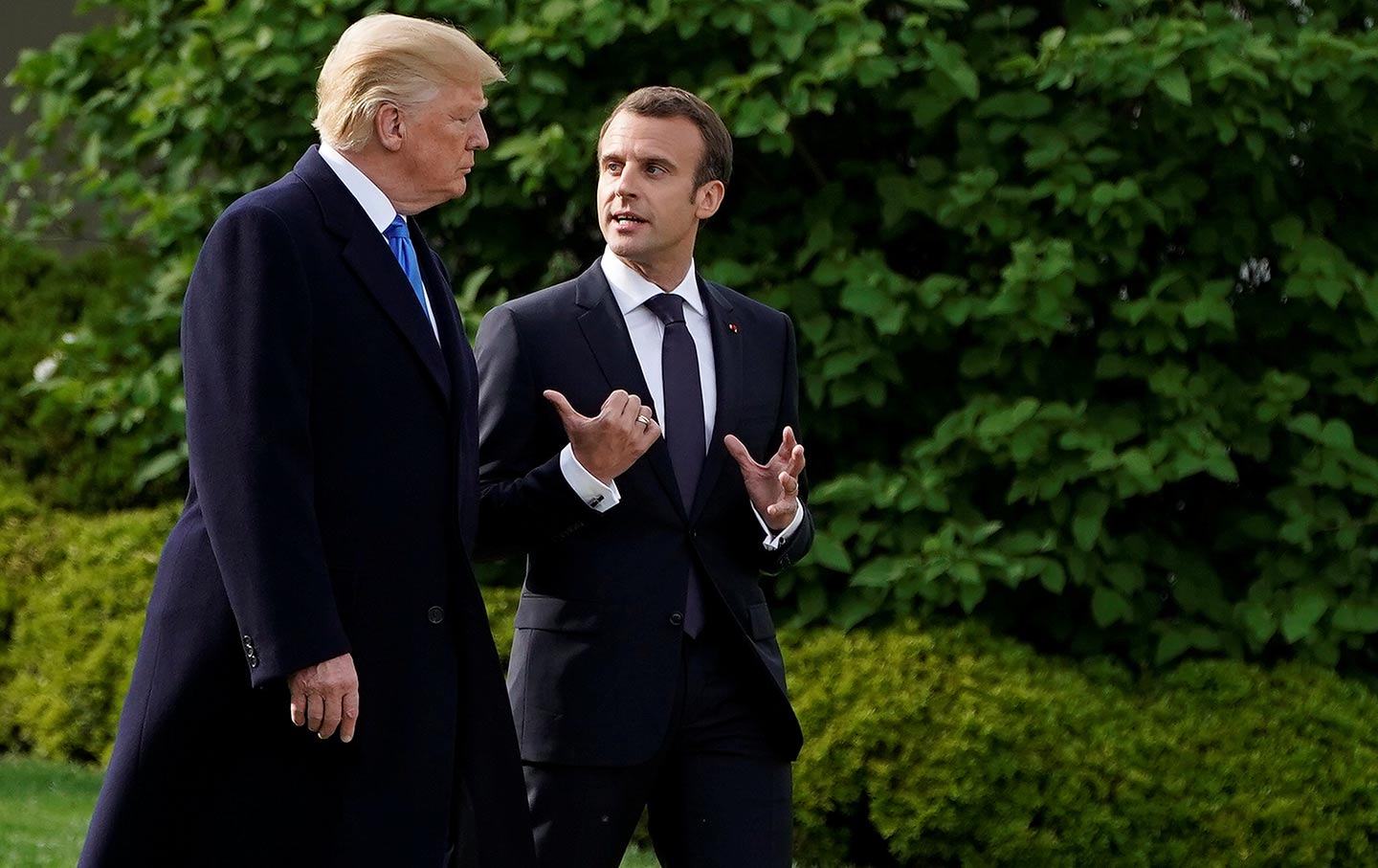 If, as appears almost certain, President Trump announces on or before May 12 that the United States will withdraw from the Iran nuclear deal, formally known as the Joint Comprehensive Plan of Action (JCPOA), we will start down a path leading to increased regional tensions, the further spread of nuclear weapons, and, in the not-too-distant future, the outbreak of another Middle Eastern war. All that stands in the way of this terrifying scenario is the possibility that the JCPOA’s three European signatories—Britain, France, and Germany, or the “E3”—will devise a last-minute plan to assuage some of Trump’s objections to the deal, and that the Iranians will remain within the accord despite the threat or actual reimposition of US sanctions.

As it now stands, the Iran accord is one of the world’s most successful efforts to curb the spread of nuclear weapons. Although the Iranians never admitted they were seeking a nuclear arsenal, their development of a massive infrastructure to produce enriched uranium and other materials that could be used for bombs suggests a secret drive to do so, or at least to acquire a nuclear-weapons capability. To subvert this effort, Washington and its partners pursued a twofold strategy, imposing tough economic sanctions even as they invited Iran to engage in denuclearization talks. This resulted, in July 2015, in the adoption of the JCPOA by Iran, China, Russia, the United States, the European Union, and the E3.

Under the accord, Iran agreed to significantly curb its nuclear-enrichment capacity, substantially reduce its uranium stockpile, and disable a reactor at Arak that could have been used to produce weapons-grade plutonium. Some of these limitations (such as the curbs on uranium enrichment) are set to expire in 10 or more years, while others (such as the dismantling of the Arak reactor) are permanent; all are subject to highly intrusive monitoring by the International Atomic Energy Agency (IAEA). In return, Iran was promised the lifting of all nuclear-related sanctions (although not those imposed for other reasons, such as human-rights abuses).

By all accounts, including those from the IAEA and the State Department, Iran is fully complying with the agreement. “The deal is working,” said Federica Mogherini, the European Union’s foreign-affairs chief, in January. “It is delivering on its main goal, which means keeping the Iranian nuclear program in check and under close surveillance.” 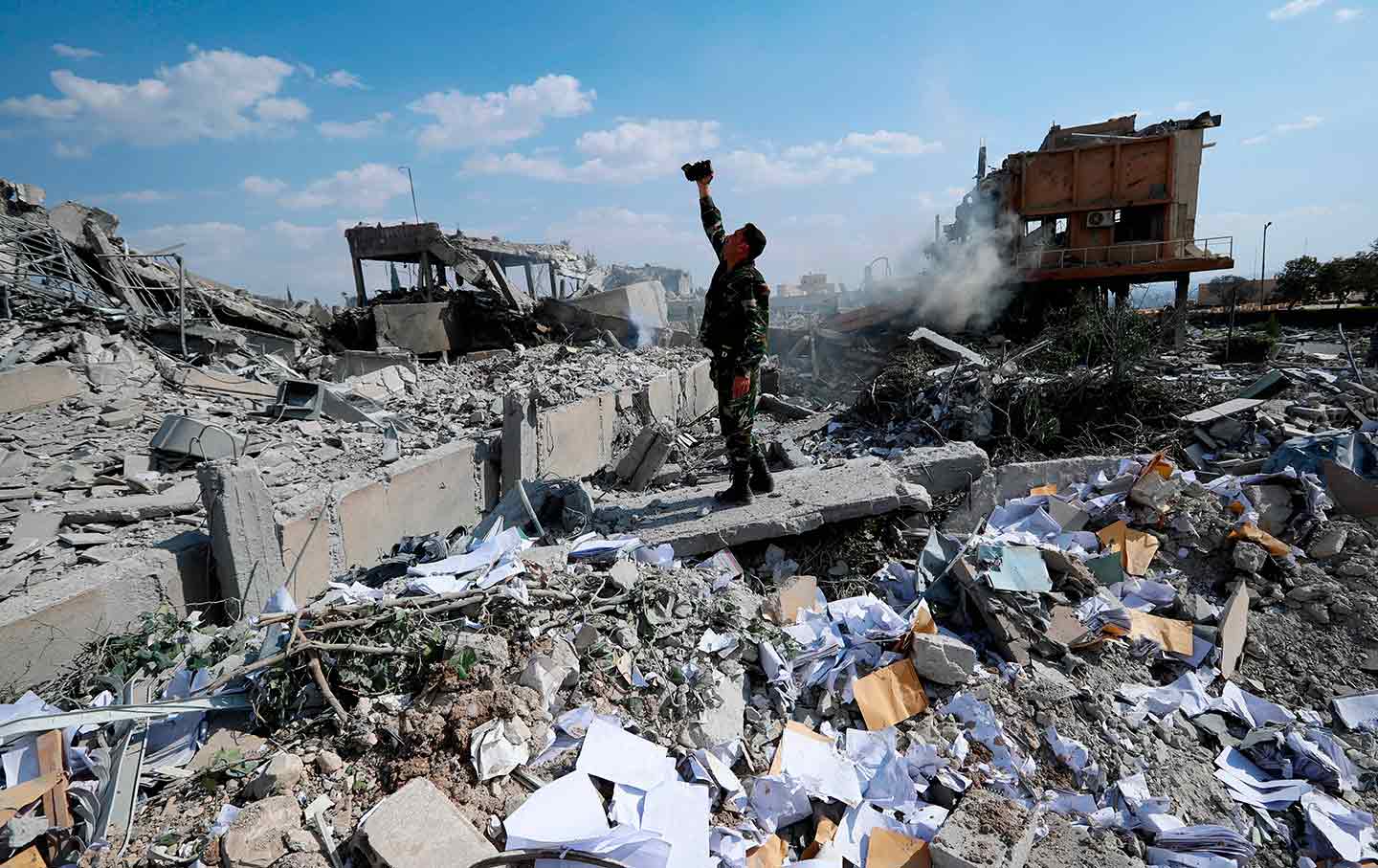 Ignoring these facts, Trump insists the JCPOA is “disastrously flawed” and must be “fixed.” Among other things, he claims that it fails to curb Iran’s ballistic-missile ambitions or its disruptive activities (such as in Syria and Yemen) throughout the Middle East—neither of which are relevant to the agreement. He also wants to make permanent some of the time-limited restrictions on Iran’s nuclear program, a nonstarter for the Europeans and Iran.

Our best hope is that the E3—following the lead of French President Emmanuel Macron in his speech before Congress on April 25—will reaffirm their strong commitment to the JCPOA by telling Trump that a renewed sanctions regime is unacceptable. They can also try to devise a plan that would satisfy at least some of his concerns, such as those over Iranian missile testing, which Trump could then use to declare “victory” and refrain from further attacks on the accord. Failing that, Washington is likely to resume strict sanctions and obstruct efforts by other countries to continue trading with Iran—which could impel Iran to leave the JCPOA, allowing it to rapidly reconstitute its uranium-enrichment program.

This, in turn, could spur other countries in the region, including Saudi Arabia, to seek nuclear arms of their own, and could eventually trigger military strikes on Iran by some combination of Israel, Saudi Arabia, and the United States—which could easily ignite a larger regional conflagration. It is essential, then, that the Europeans do everything they can to preserve the JCPOA. Congress can help to ensure this outcome by asserting its continued support for the deal and by doing all it can to facilitate the E3 initiative.