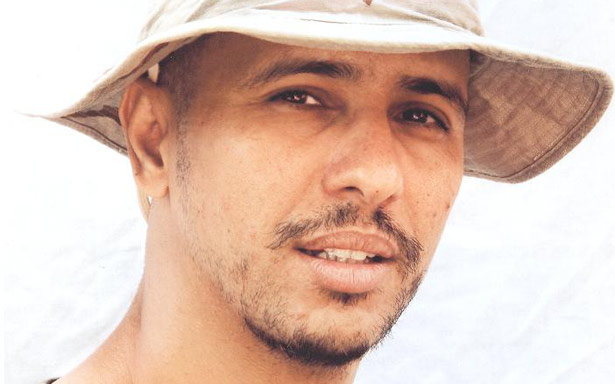 Guantánamo Diary is the only written account by a Guantánamo detainee who is still imprisoned there: Mohamedou Ould Slahi. John le Carré calls the book “a vision of hell, beyond Orwell, beyond Kafka: perpetual torture prescribed by the mad doctors in Washington.” We spoke with Slahi’s attorney, Nancy Hollander, and his editor, Larry Siems.

JW: Who is Mohamedou Slahi, and how did he end up in Gitmo?

Larry Siems: Mohamedou is a 44-year-old man from Mauritania. He went to Afghanistan as a young man to join the fight against the communists there. To do that, he trained at an Al Qaeda camp and pledged loyalty to Al Qaeda. He has said repeatedly that he broke all ties with them after the communist government there collapsed in 1992.

Nancy Hollander: In 2001, he was at his mother’s house in Mauritania and got a call from the police. He turned himself in—and his family has never seen him again. He was taken by the United States to Jordan, where he was detained for eight months. Then he was taken to Bagram Air Force Base in Afghanistan, then finally to Guantánamo in August 2002. He’s been there ever since. Originally, the United States thought he was a suspect in the millennium bombing conspiracy to blow up LAX. The government concluded that Mohamedou had nothing to do with that. Then they accused him of being a recruiter of pilots for the 9/11 attack. They then figured out that he probably didn’t even know about 9/11. He won his petition for habeas corpus in 2010 when a judge ordered him released, but the Obama administration has appealed, so that’s where he is today.

JW: What is this diary, and why has it been published?

LS: This is a 466-page manuscript that Mohamedou wrote in Guantánamo in 2005. It was declassified finally in 2012. It’s an account of what he calls his “endless world tour of interrogation and detention” at the hands of the United States. It’s told in a way that, for the first time, lets us understand what it’s like to endure that sort of treatment, and lets us see that, even in this incredibly dehumanized world, there are remarkable and even redemptive human exchanges.

JW: His treatment, according to The New York Times, “involved extended sleep deprivation, loud music, shackling for days in a freezing cell, dousing with ice water, beatings, threats that he could be made to disappear and that his mother would be arrested and gang-raped.” What did the government learn about Al Qaeda from torturing Mohamedou?

NH: The government learned nothing from torturing Mohamedou. There was nothing to learn—except perhaps how to make someone give up and say whatever the government wants to hear.

JW: Secretary of Defense Donald Rumsfeld specifically ordered that Mohamedou was not to be allowed to pray.

LS: That was an illegal order, a violation of religious freedom, as Mohamedou points out. The Defense Department highlights that they respect religious freedom at Gitmo; they say the call to prayer is played five times a day. In fact, in these “special interrogations,” those freedoms were routinely denied. In one of the more poignant scenes in the book, one of his guards tells Mohamedou, “I’m going to hell because I forbade you to pray.”

JW: Many passages in the book Guantánamo Diary have been blacked out by American censors.

LS: There are about 2,600 redactions. Many seem absurd. When a guard tells him not to worry because he’ll soon be home with his family, Mohamedou writes, “I couldn’t help breaking in [redacted].” My guess is that the word is “tears.”

JW: What is going to happen to Mohamedou now?

NH: Obama could send Mohamedou home simply by stopping the fight against this habeas order. Also, they’ve started “periodic review boards”—not real trials, but another means by which he could be released. We believe we would win that too, because Mohamedou is not a threat, and never was a threat. He is an innocent man. He’s been in Guantánamo for fourteen years. He should go home. I would like it to be soon.

Sign the ACLU petition to free Mohamedou Slahi at aclu.org/secure/free-slahi.