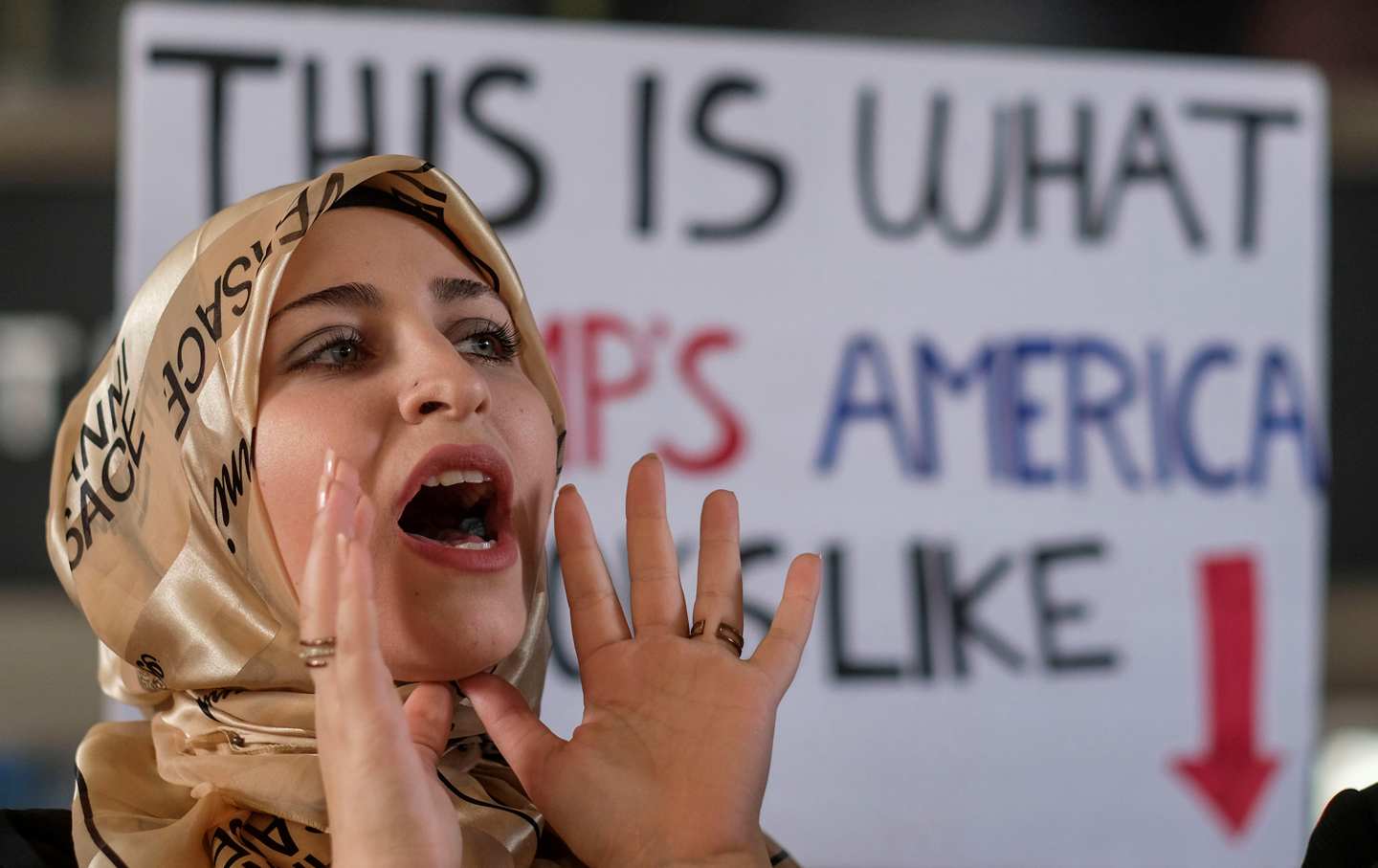 “Where did you get your name from?”

These were the questions asked of Muhammad Ali Jr. at Fort Lauderdale–Hollywood International Airport on February 7, before being detained for “several hours” by immigration and customs officials. Yes, that’s Muhammad Ali Jr., as in the son of the Champ, one of the greatest athletes and humanitarians to ever walk the earth. That’s Muhammad Ali Jr., as in the son of a man whose funeral in June was televised across the nation; a man who was lionized by political leaders who are now turning a blind eye to—or actively defending—what’s happening to this country. That’s Muhammad Ali Jr., detained for hours in the country of his birth, 20 minutes from his house because of those two questions: “Where did you get your name from?” and “Are you Muslim?” He answered, “My dad was the heavyweight boxing champion Muhammad Ali,” and, “Yes, I certainly am.”

The Philadelphia-born, 44-year-old Ali Jr. was returning from Montego Bay, Jamaica, on a Black History Month speaking gig alongside his mother, Khalilah, before his detention. Family attorney Chris Mancini said the family was considering legal action and that, “To the Ali family, it’s crystal clear that this is directly linked to Mr. Trump’s efforts to ban Muslims from the United States.”

Perhaps the most harrowing part of the story is hearing about 67-year-old Khalilah Camacho Ali, Muhammad’s second wife and the mother of four of his children, running around Fort Lauderdale–Hollywood International Airport in a state of panic, trying to enlist people to help find her son.

Khalilah Ali was critical to Muhammad Ali’s political transformation from boxer to global antiwar icon. They were married during the Champ’s most trying years, 1967–77. Her role in the extraordinary saga of Muhammad Ali has long been under-told. But those who were around Khalilah and the Champ during those years of government persecution and resistance knew. Nineteen sixty-eight Olympian John Carlos said to me, “The champ always had his style and rhythm. He was born with it. As long as I knew him, he had that special spark to captivate an audience of three or three thousand. But the ideas that allowed his passion to connect with young people across the world who were fed up with war and hatred…that was Khalilah. He was the music. She was the lyrics.”

In 1967, when Muhammad Ali was convicted to a five-year prison sentence for opposing the war in Vietnam, and was somehow able to persevere, this was a tribute to Khalilah Ali’s strength. When Muhammad Ali was banned from boxing, and toured campuses around the country in 1968, the one person who physically stood by his side on every campus was Khalilah Ali. When Muhammad Ali spoke in front of hundreds of college kids, it was Khalilah who stayed up with him late at night and assessed how he could improve. As the year went on, and Muhammad Ali went from being uneasy in front of these college crowds to mastering his audience and out-debating William F. Buckley, Khalilah Ali was always by his side. Khalilah Ali also figured out how to make the Champ’s rhyming style a weapon against war. Their divorce in 1977 coincided with Ali’s retreat from a more radical political critique of war and empire.

Now there are new lyrics on the tips of all of our tongues: “Muslim ban,” “border wall,” “war on the press,” “hate crimes.” They are heard in the resistance to Donald Trump, the type of human being who extolled Ali upon his death and now lords over the persecution of the Champ’s own flesh and blood. We need to stand with the entire, close-knit Ali family. We also need to remember the Champ’s last political words before his death: “We as Muslims have to stand up to those who use Islam to advance their own personal agenda.” We who are not Muslims need to do the same, or we will be next. Government agents had the temerity to ask Muhammad Ali Jr. where he “got his name from.” In my dreams, he answers that question with a left hook.