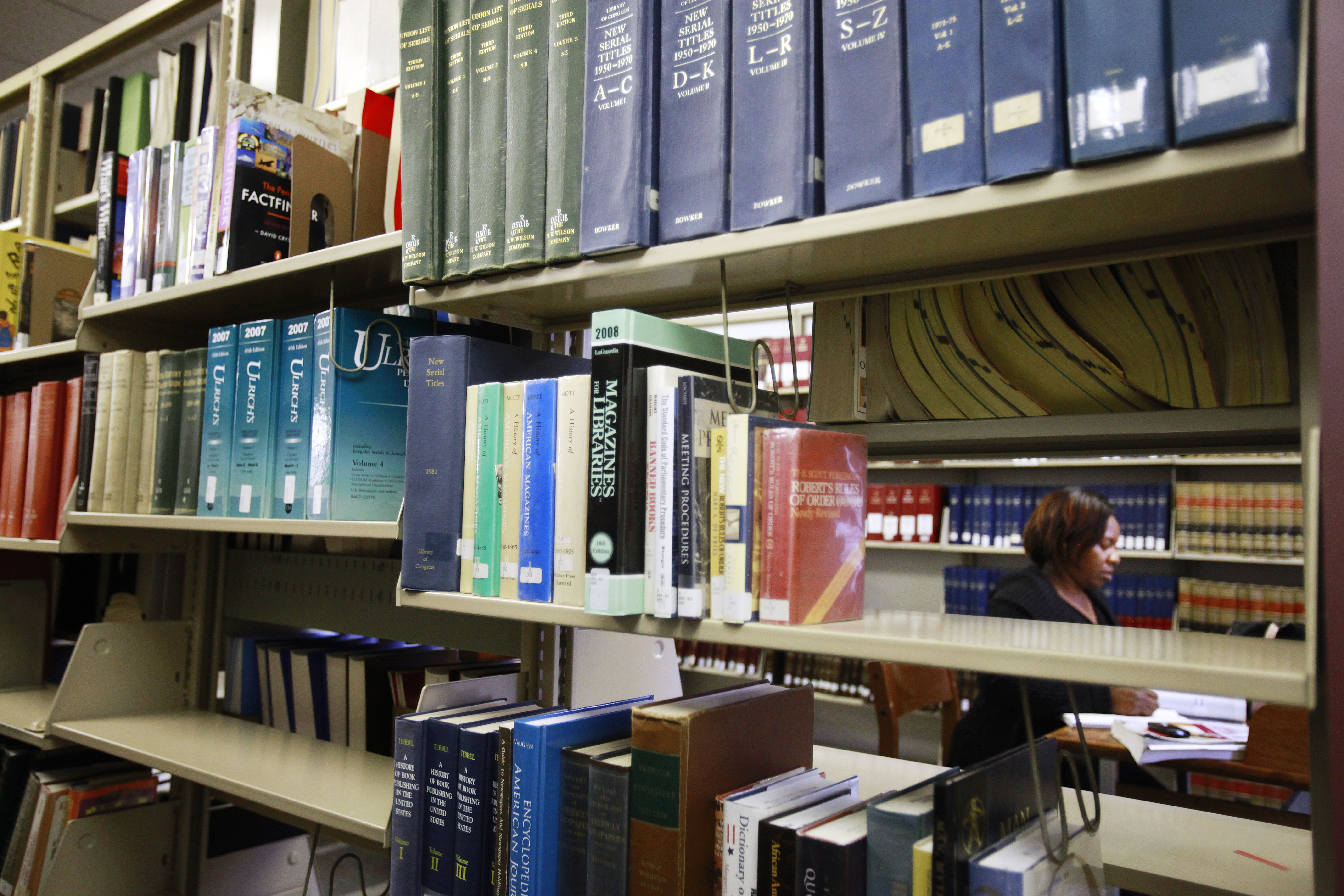 This article (by a former Nation intern!) provides an excellent examination of the Iraqi political context by analyzing three seminal books on the topic. It serves as a powerful corrective to many pieces approaching Iraq in a political vacuum. Beyond the focus on ‘sectarianism,’ which depoliticizes and dehistoricizes current developments, Youhana reminds us that there is nothing inherent in sectarian identities, which are formed, transformed and abandoned like any sense of belonging to a group, according to the political context. The article also analyzes the consequences of the American invasion on oil production and its strategic importance for pressuring Iran. Most crucially, it lays bare the undemocratic, dysfunctional, US-influenced constitution that followed American occupation but was in line with it. It laid the ground for current lawlessness.

The irony of the relationship between higher education and the prison industry is quite frustrating, especially for a current college student like myself. One of the biggest takeaways from my college experience thus far has been gaining awareness of the problems within the prison industrial complex. It’s quite easy to ignore how universities operate on a corporate level when it’s often the place where students confront many political and social issues for the first time. Reading this article makes me question how much of higher education’s “mission” is a PR stunt after all.

This article tackles the unlawful incarceration of Jane Doe, a 16-year-old trans girl who is being held in solitary confinement (without charge or trial) in the Connecticut State Prison after allegedly attacking Department of Children and Families staff. Katherine Cross begins this piece with the assertion that “[v]ery few of us are ‘perfect victims,’” a powerful statement, which she then uses to address the dehumanization and stripping of personhood of specific types of bodies. Jane Doe’s story is one of an individual existing outside of the legal system, described as a violent threat—someone to fear. This case is unfortunately not an exception to the rule that some human beings are treated as disposable on the basis of their difference. As Cross explains, “[t]he trick is that trans women and women of color are forever regarded as inherently imperfect.”

“How to encounter a black woman’s body: The politics of Mammy Sphinx,” by Brittney Cooper. Salon, June 24, 2014.

With Kara Walker’s A Subtlety or the Marvelous Sugar Baby: An Homage to the unpaid and overworked Artisans who have refined our Sweet tastes from the cane fields to the Kitchens of the New World on the Occasion of the demolition of the Domino Sugar Refining Plant closing in little more than a week on July 6, it is more than refreshing to read this piece from Dr. Brittney Cooper. By encountering the black woman’s body both as problem and as relic, Cooper asks readers to toil with place, gentrification and eviction—the literal and disproportionate “locking out” of black women which occurs today at epidemic levels. “This history of imminent displacement seems incredibly difficult for black women to shake,” Cooper writes, “especially when our bodies remain tethered to controlling images that will not turn us loose.”

In the face of a weak imitation of a recovery, with wages stagnant and student debt rising, the notion of whether higher education is worth it is often thrown into doubt. But as Derek Thompson explains, it’s only when comparing college graduates’ wages to those who never completed their degrees that college’s value shows (like sunscreen, he says, it takes seeing a bad burn before the wisdom of applying it is reinforced). When the press is deluged with stories of mushrooming student loan debt, tuition that rises at many times the rate of inflation and ever dimmer employment prospects, it’s a hard sale to make (pithy, oversimplified statements like “BA is the new SPF” don’t exactly help). As a graduate that’s had my share of curt phone conversations from collectors at Sallie Mae (hey, guys! I’ll call you back), such statements can come off more as than a little tone-deaf, as they do not take into account the perspectives of plenty of others who get left behind in the global economy (those who never attended college, those who didn’t finish and are left saddled with huge bills or those who didn’t complete high school). The upside of attending college that Thompson offers his perspective on is, in the face of panicked, provocative pieces that college “isn’t worth it,” still couched in bleak terms. After rising in the Eighties through the mid-2000s, the wages of graduates are falling—just not as fast as everyone else’s. It shows us that our work is cut out for us.

Over the past year, we’ve seen many examples of men using Twitter to intimidate women who they disagree with, combating their words not with counter-arguments but with threats of sexual violence. In her recent article for Medium, Sonia Faleiro discusses how this trend has picked up in India, which, with the Election of Narendra Modi as Prime Minister, is now dominated by the right wing Hindu party, the BJP. In conjunction with this political change, privileged, conservative Hindu men have felt compelled to use Twitter as a platform to threaten women who belong to oppressed castes and minority religions, and women who they perceive as threatening in their modernity. Such women are typical targets for the Indian right wing, but now men may harass them from the safety of their computer desks as well as in the streets.

Felix Sanchez, co-founder of the National Hispanic Foundation for the Arts, recently went on Public Radio International to discuss what he found to be a disconcerting facet to Univison’s World Cup broadcast. The issue? Univison broadcasters were referring to Afro-Costa Rican players not by their names or jersey numbers, but by the color of their skin (“moreno”) and the texture of their hair (“greña”). Though “moreno,” which means “dark skin,” is not concerned offensive in Latin America and can actually have endearing connotations, the term can without a doubt have negative, racialized connotations when used in the US. The same goes for “greña,” which means “messy hair,” or more colloquially, “nappy hair.” While Sanchez acknowledged that Latin@ culture and the Spanish language affords certain deviances from American, English language broadcasting norms, he was firm to remind Univision that they are still a US broadcaster. “Therein lies part of the issue, which is regardless of the fact that it’s being broadcast in Spanish, it’s still by a US broadcaster that needs to abide by American standards and American sensibilities,” Sanchez said on the show. Granted it’s important that Univision uphold its Latin@ character, but it’s equally important that Univision (and Latin@s as a whole) remember that Latin@s living in the US don’t live in the same worlds as US and Latin American television shows. “We have one foot in each world,” Sanchez said.

“Modern-Day Slavery in America’s Prison Workforce,” by Beth Schwartzapfel. The American Prospect, May 28, 2014.

With the highest incarceration rate in the world, the United States relies on the exploitation of inmates to sustain the prison system. In her article, Beth Schwartzapfel calls into question the labor policies that allowed for the creation of “modern day slavery.” Schwartzapfel describes how the absence of fair wages, lack of education behind bars and exclusion from employment after prison all contribute to recidivism. Not only bringing to light the political decisions that sustain the prison industrial complex, Schwartzapfel states “in America, breaking the law has become more than just an occasion to be punished or even rehabilitated. It has become a permanent mark of who you are and what our country thinks you’re entitled to earn.”

Earlier this month, Governor Andrew Cuomo declared that statewide abuse of heroin had reached “epidemic proportions,” especially among young people. He announced a plan to double down on law enforcement by adding an additional 100 investigators to the State Police Community Narcotics Enforcement Team. In his opinion piece, Michael Tracey points to a lack of evidence among not only law enforcement and politicians but the media as well. He notes use of heroin has actually decreased from 2011 to 2013, according to government data. (Tracey points out that New Jersey and New York officials have attributed overdose deaths to the unsanctioned use of prescription opiates.) Nevertheless, youth-oriented governmental efforts focused on heroin are being introduced, like the “multijurisdictional drug task force” in New Jersey. Tracey argues that programs like these suggest “that authorities are prioritizing criminal punishment, rather than enacting prudent measures such as genuine public health services that would reduce heroin use.” Across counties in New Jersey and New York, hundreds of arrests have been made leading to possible terms of at least five years in prison for simple possession. Heroin related bills have passed New York state’s Senate in an effort to redouble criminalization efforts. Tracey reminds us of the consequences of such wrong-headed policies prevalent during the span of the failed war on drugs: “Like the drugs they plan to banish, these laws come with their own adverse effects: over-crowding prisons with nonviolent offenders, breaking up families, authorizing overzealous policing tactics, and breeding undue fear.”