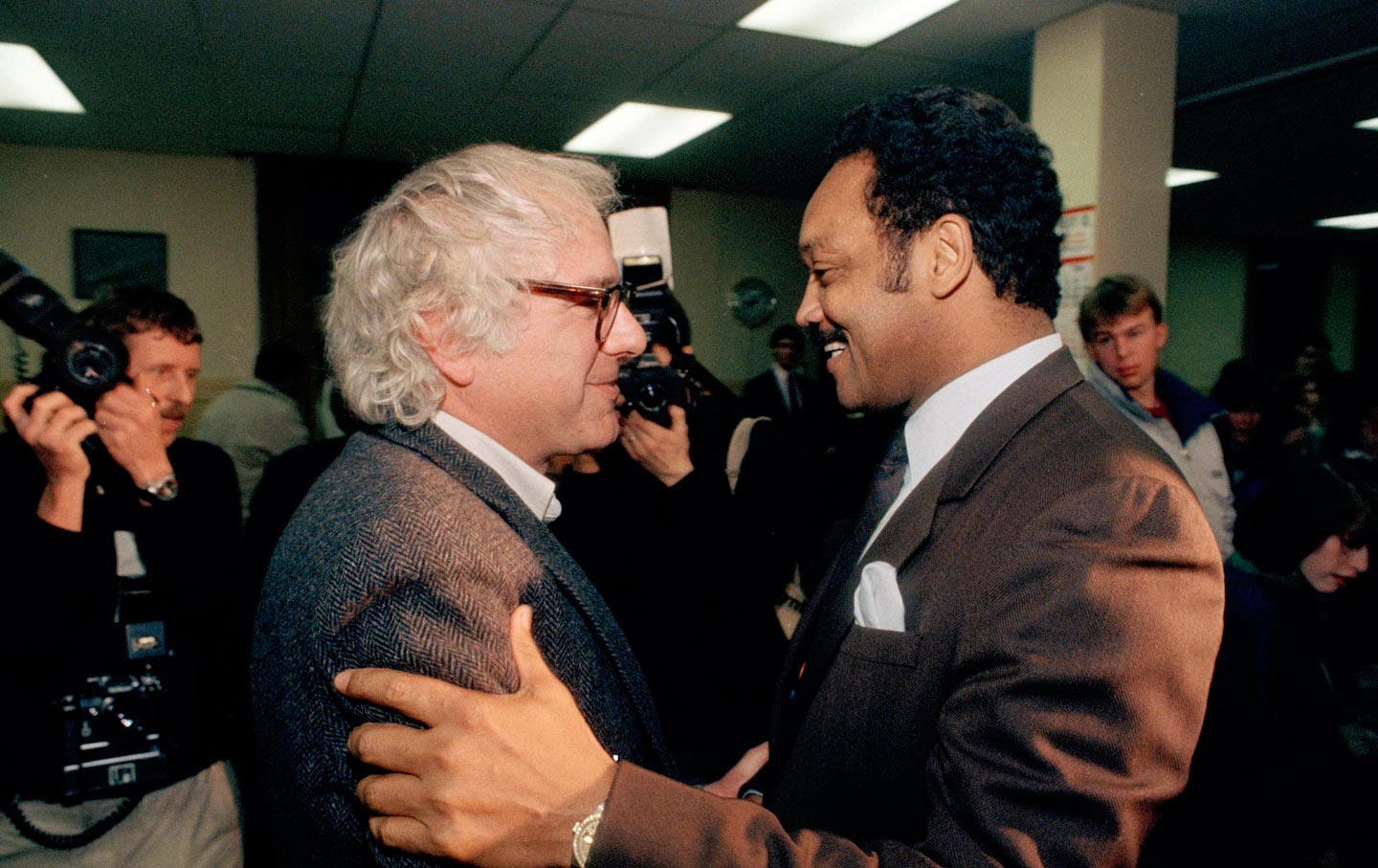 I was in junior-high school out in New Mexico when John Lewis showed both his moral and physical courage on the bridge at Selma. So I have no personal knowledge about his comments disparaging Bernie Sanders’s participation in the civil-rights movement of the early 1960s: “I never saw him. I never met him.” I also notice that Congressman Lewis has walked back his comments, which I think is a good thing. I hate having my heroes at odds with each other.

But the incident did remind me of a later important moment in civil-rights history, one I am fortunate enough to have some personal knowledge of and one that is worth relating—the time a quarter-century ago that Bernie Sanders endorsed Jesse Jackson for president.

Only a few prominent, white, progressive elected officials supported Jesse when it counted. The two I remember most risked their own political career to help Jackson—Jim Hightower, then the Texas agricultural commissioner, and Bernie Sanders, then the mayor of Burlington, Vermont. Jim and Bernie took the risk and, in Jesse’s eloquent phrase, “stepped across the color line,” much to their credit. That moral courage should not be left out of the history books.

During his passionate five-minute endorsement of Jesse, Bernie calls the Jackson campaign “the most courageous and exciting political campaign in the modern history of our nation.”

One of those 13 states that Jesse Jackson won, in an upset, was the Vermont caucus in April of 1988, in a very close contest over Governor Michael Dukakis. And one of Jesse’s key supporters in that surprise victory was the mayor of Burlington, whom I met for the first time on the eve of the Vermont caucus, in my role with Jackson’s presidential campaign. Bernie clearly understood the historic nature of Jesse’s run.

Here are a few lines from the closing of Sanders’s nomination speech:

“The candidate we are supporting tonight has stood for us and fought for us for the last 25 years of his life. Along with Martin Luther King Jr., he put his life on the line so that all Americans, regardless of color, could receive their basic democratic rights.”

“I place in nomination, with a great deal of personal pride, the name of Jesse Jackson.”

When it mattered, as Jesse said, Bernie stepped across the color line.