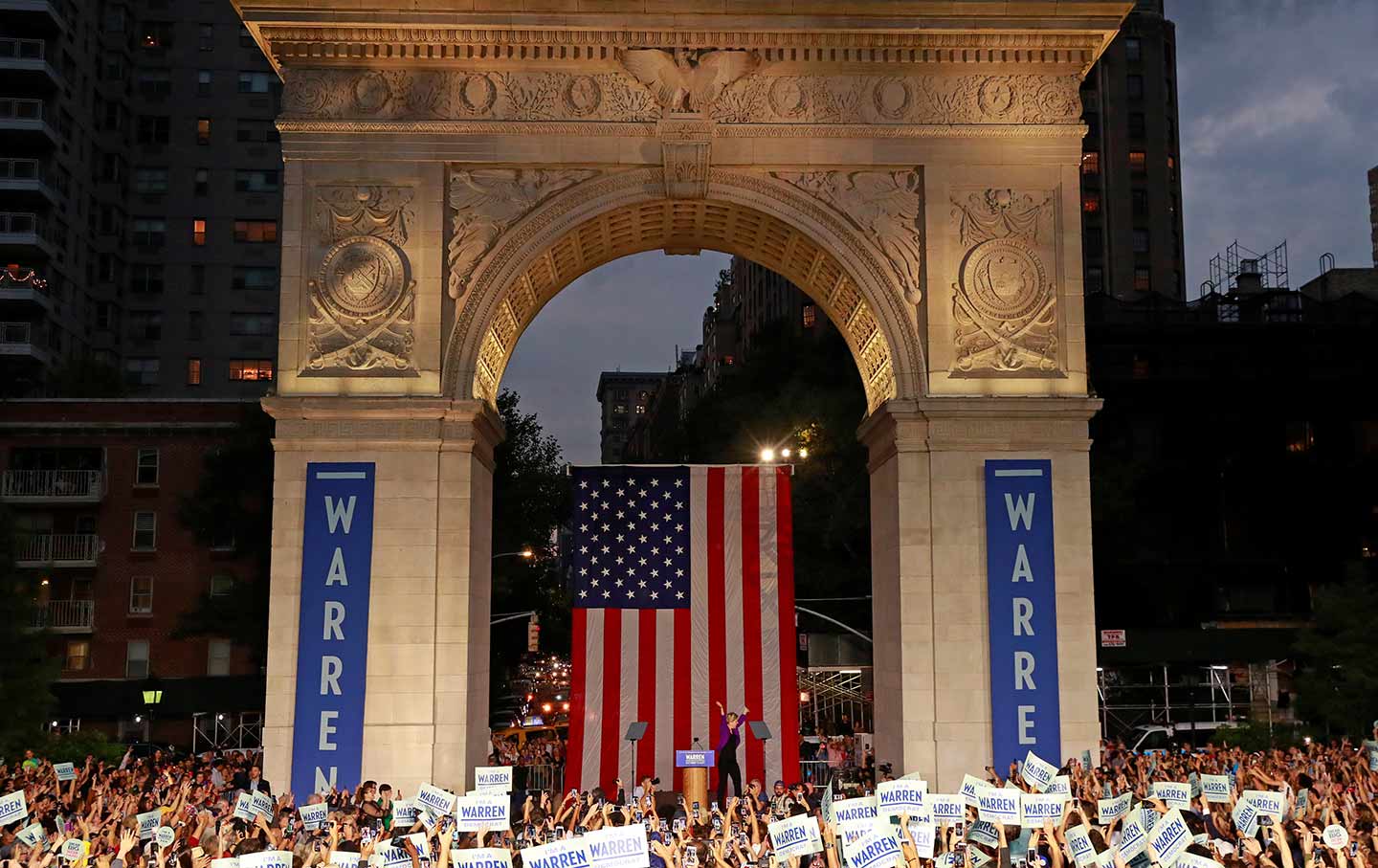 On Monday the Working Families Party (WFP) announced its endorsement of Elizabeth Warren for president. As the accompanying press release explained, there was strong support in the WFP for both Sanders and Warren: “We’re lucky to have two strong progressive candidates leading in this race. Senator Warren and Senator Sanders have both shaped the ideological terrain on which this campaign is being waged. They have proven an effective team on debate stages and in the polls, and we hope that partnership continues. We’re proud to call both of them allies in the fight for a more just America.”

Yet a choice was made to endorse Warren. And while the particular choice may have been surprising to many, the fact of a choice should not have been. For, as The Nation’s John Nichols observed: “WFP’s Nod to Warren Reminds Progressives of the Inevitable Need to Choose.”

Politics is all about choice and the resolution of differences. It is to be hoped that differences about which progressive candidate to support in the Democratic primaries will be resolved through a combination of serious argument and respectful debate.

Some on the left, including the editors of Jacobin, apparently think otherwise. The WFP endorsement quickly brought forth a declaration, by chief editor Bhaskar Sunkara and Micah Uetricht, that “The Working Families Party Has Written Itself Out of History.” Accompanying it was another piece, by Matt Bruenig, claiming that “Bernie Sanders Probably Won the WFP Membership Vote.” Together, these pieces convey a message—and it is not simply, “We strongly believe that Sanders is a better candidate and wish that the WFP had endorsed him.” Rather, they suggest that the WPF has committed an outrage, its decision is a sham; through this decision, the WFP has acted against History, rendering itself irrelevant and beneath contempt.

I think this response is unfortunate.

While Sanders has long been a democratic socialist, with an unparalleled record of support for the labor movement, no individual or group can claim ownership of “the working class.” The working class is a large, heterogeneous group—and, alas, most workers do not regard any progressive as their spokesperson. In his valiant struggle to articulate a socialist politics in the name of “the working class,” Sanders has the support of many people, and he might well succeed. But he does not possess the warrant of History. Indeed, he is not the only Democratic leader with a strong commitment to labor. Sherrod Brown is another (as Nichols observed in The Nation, and Michael Kazin noted in Dissent). So is Elizabeth Warren. She does not speak the language of “class struggle,” nor claim to represent “the working class.” But she is a strong advocate of the concerns of working people, as shown very clearly by her Washington Square speech. Is it really so hard to imagine that many individuals, activists, and leaders of the WFP might be attracted to her candidacy?

Something further also needs to be said about the WFP endorsement. Matt Breunig raises questions about the WFP voting process. He reasons that Sanders probably won the WFP member vote. He may be right. As his own graph shows, there are a range of possible combinations of member and leader votes that could have produced the Warren result. I don’t know why the WFP hasn’t released the actual numbers on the member balloting. But I don’t care very much either. Let me explain why.

The WFP is a small party that has never claimed to be a large, mass-membership organization. It has always been clear that the WFP’s decision process involved deliberation, ranked voting, and a weighted voting scheme that afforded half of the voting power to the party’s national leadership, some of whom represent unions and other affiliated groups. Breunig implies that something nefarious is afoot. But even if Warren’s “victory” was sealed by support from activist leaders and affiliated organizations, is that really a bad thing? Ranked voting means the entire process was not framed as a simple poll or a binary choice, but instead was deliberately framed to accommodate a more subtle weighing of preferences. The very assertion that “Sanders probably won the member vote” makes sense only if each member made a single choice. That was not the procedure.

Sanders supporters have rightly celebrated their candidate’s endorsement by the United Electrical, Radio, and Machine Workers of America. Yet this endorsement, made at a national convention, apparently involved no polling of the entire union membership. Is this questionable? No.

This summer, the Democratic Socialists of America decided to endorse Sanders—a perfectly understandable decision for a socialist organization to make. Here is how the DSA website described that electoral process in March, while it was midway:

On March 5th, DSA’s National Political Committee sent an advisory poll asking all members whether DSA should endorse Bernie Sanders’ presidential campaign. This poll closed on March 12th at noon EST. The response was overwhelmingly in favor: 76% of participants said Yes, and 24% said No. 13,324 DSA members, or 24% of eligible membership, participated in the poll…. The NPC, elected at the last national convention, will now vote on whether or not to endorse Sanders’s campaign.

This is an entirely legitimate organizational process. But it is not a process decided by a single vote in which all members were polled and each vote counted equally. DSA claims over 50,000 members. Some might think that its endorsement of Sanders “represents” over 50,000 democratic socialists. But in point of fact, roughly 10,000 people out of roughly 50,000 voted yes in a plebiscite (“Sanders yes or no?” is hardly a competitive electoral choice) that was advisory to the national committee.

So what? This DSA process was understood in advance by DSA members, and it resulted in a Sanders endorsement.

And the WFP process resulted in a Warren endorsement.

The procedures whereby organizations decide on whom to endorse are not electoral primaries.

I personally lean toward Warren. But that is just my personal opinion—and indeed, a provisional one. To share it is not to disparage Sanders—or those who prefer him.

Those who are drawn to Warren are not committing some kind of outrage against History. They are simply expressing enthusiasm for Warren.