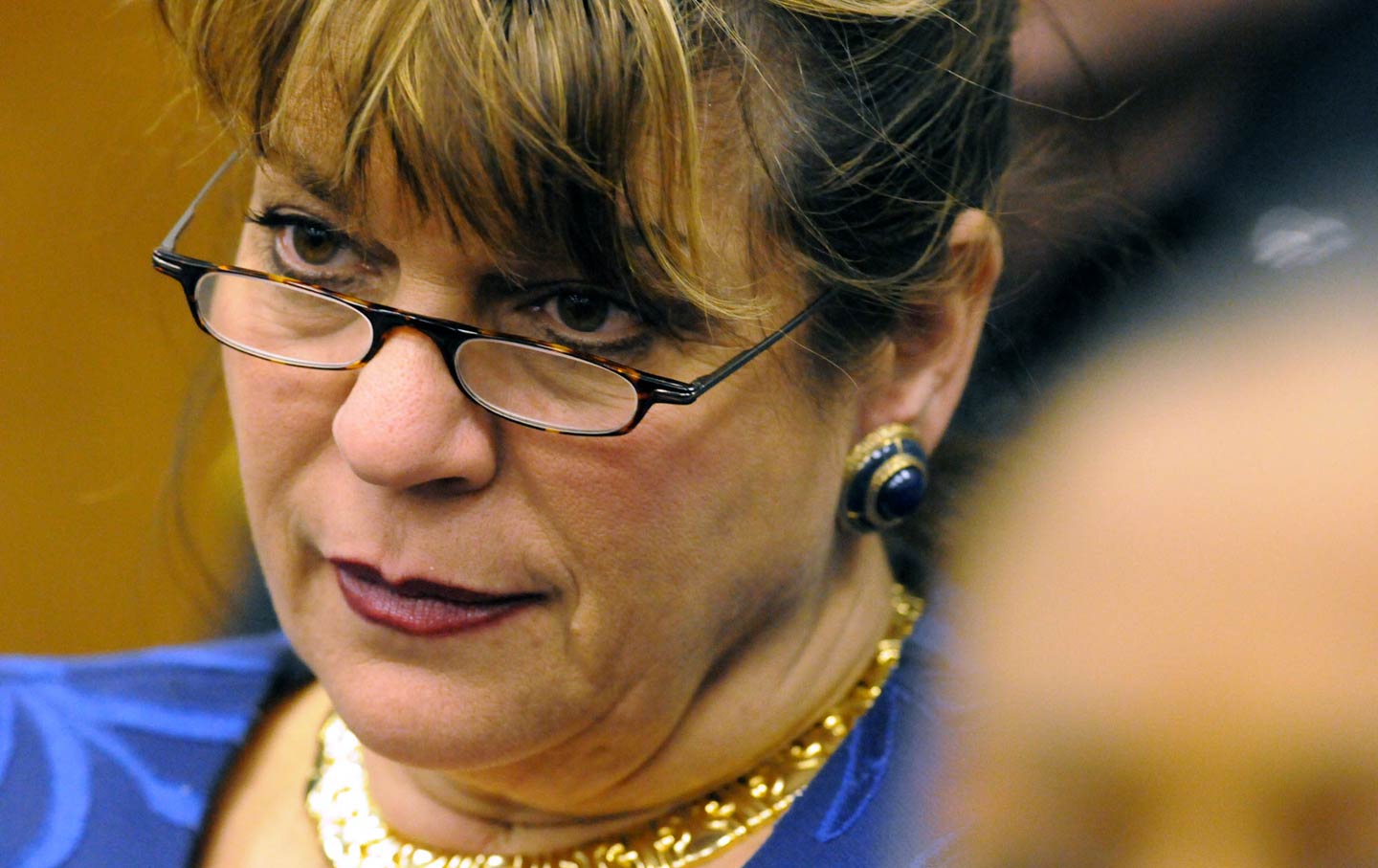 Last night, Angela Corey—a two-term prosecutor in Duval County who may be the “cruelest prosecutor in America”—lost her election to Melissa Nelson, who worked as a prosecutor under Corey, went into private practice, and represented Cristian Fernandez, the 12-year-old whom Corey charged with first-degree murder as an adult.

Corey’s resounding loss—Nelson beat her by 38 points—represents the first time a Jacksonville state attorney has lost a contested election in modern history. It comes on the heels of several public embarrassments, including allegations that she pressured her employees for election donations and used public money to give raises to herself and one of her “deadliest” prosecutors, Bernie de la Rionda. She gained national attention for losing her case against Trayvon Martin’s killer, George Zimmerman, and for prosecuting Marissa Alexander, a mother who fired a gun to scare off an abusive husband. And under Corey, Duval County sentenced more people to death per capita than any other county in the nation. Stephen Harper, a law professor at Florida International University, said in an e-mail: “It is refreshing to see that a prosecutor who is simply too far out on the limb of injustice was soundly defeated by a prosecutor who will seek the death penalty only in the worst of the worst cases.”

The high-profile cases have brought an unusual amount of attention to the district—something voters seem to have had enough of. “This city has been embarrassed across the country by Angela Corey,” Hank Coxe, a former president of the Florida Bar, told The New York Times.

The election this year had a whiff of Jim Crow about it. There were accusations and a related lawsuit alleging that Corey intentionally closed the primary by having her campaign manager file papers for a third-party candidate (the action was deemed legal). In Florida, party primaries are open to all voters if there’s no one from another party running. Since there was no Democrat in the race, the Republican primary for state attorney would have been an open election had those papers not been filed. By closing the primary, Corey’s campaign manager effectively shut out anyone who was not a registered Republican—almost all black voters. Although Corey argued that anyone could change their party designation, the trick seemed timed to tilt the election in her favor.

Corey’s ouster suggests that people in Jacksonville recognized the power of prosecutors—often obscure figures to the general public—in creating a regime that they didn’t like: one under which 12-year-olds are sent to adult prison and a startlingly large number of people are sent to death row. Organizers, ranging from faith-based ministries to those who backed Marissa Alexander and Trayvon Martin, came together to bring public awareness to the importance of the county prosecutor’s role.

By voting out Corey, voters are sending a strong signal—the same one sent to Anita Alvarez, a state attorney in Chicago’s Cook County, in March. Dale Cox, the notorious district attorney of Caddo Parish in Louisiana, bowed out of his race last year after a national outcry over his use of the death penalty. These prosecutors were known for being ruthless, and each of them jailed and executed hundreds of black and brown people in their districts. Perhaps these elections are a sign that criminal-justice reform will come from the grassroots, beginning with the people who are affected, rather than from above.