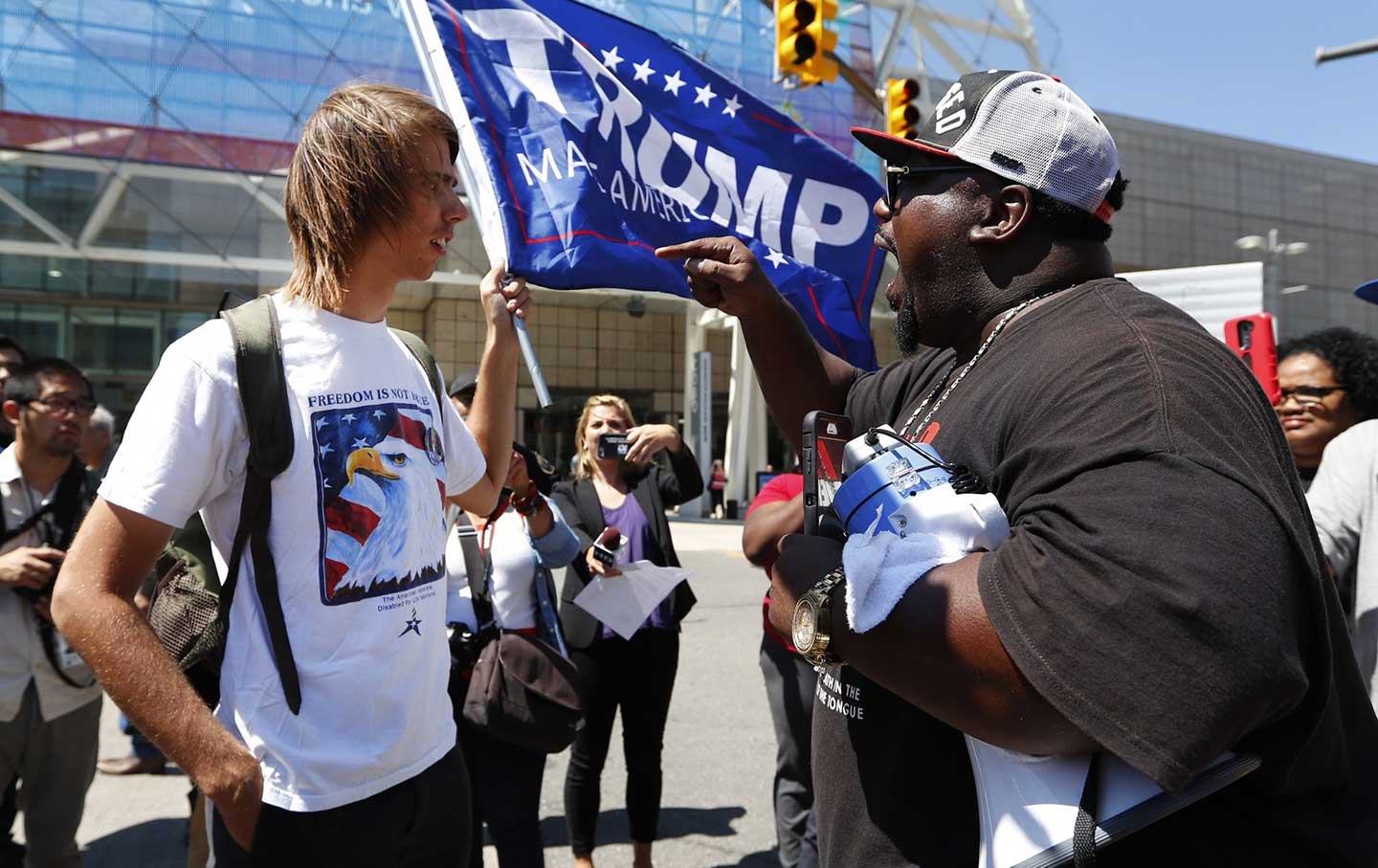 For many voters, this election is not simply about deciding the next president of the United States; it’s a referendum on what it means to be  American.

In this first episode of our new podcast, in partnership with WNYC Studios, we travel to East Long Island, a hotbed of support for Donald Trump. We meet Patty, a one-time Obama supporter who is now so skeptical of the president she once voted for that she spends her spare time protesting his policies on highway overpasses. Patty’s friend Tom, a retired New York City Police officer, is also disillusioned. He sees the Long Island he once knew slipping away as new residents move in—residents he feels don’t live up to his values in their attempts to attain the American Dream.

We also meet some of those new residents: churchgoers who have made their way to Long Island from faraway El Salvador. The vibrant congregation seems to nurture the very sense of community that Tom mourns as lost, but they face their own set of problems. Among the pews, we meet Leni, whose fiancé is fighting to avoid deportation. What does Trump’s campaign mean for these Long Islanders?