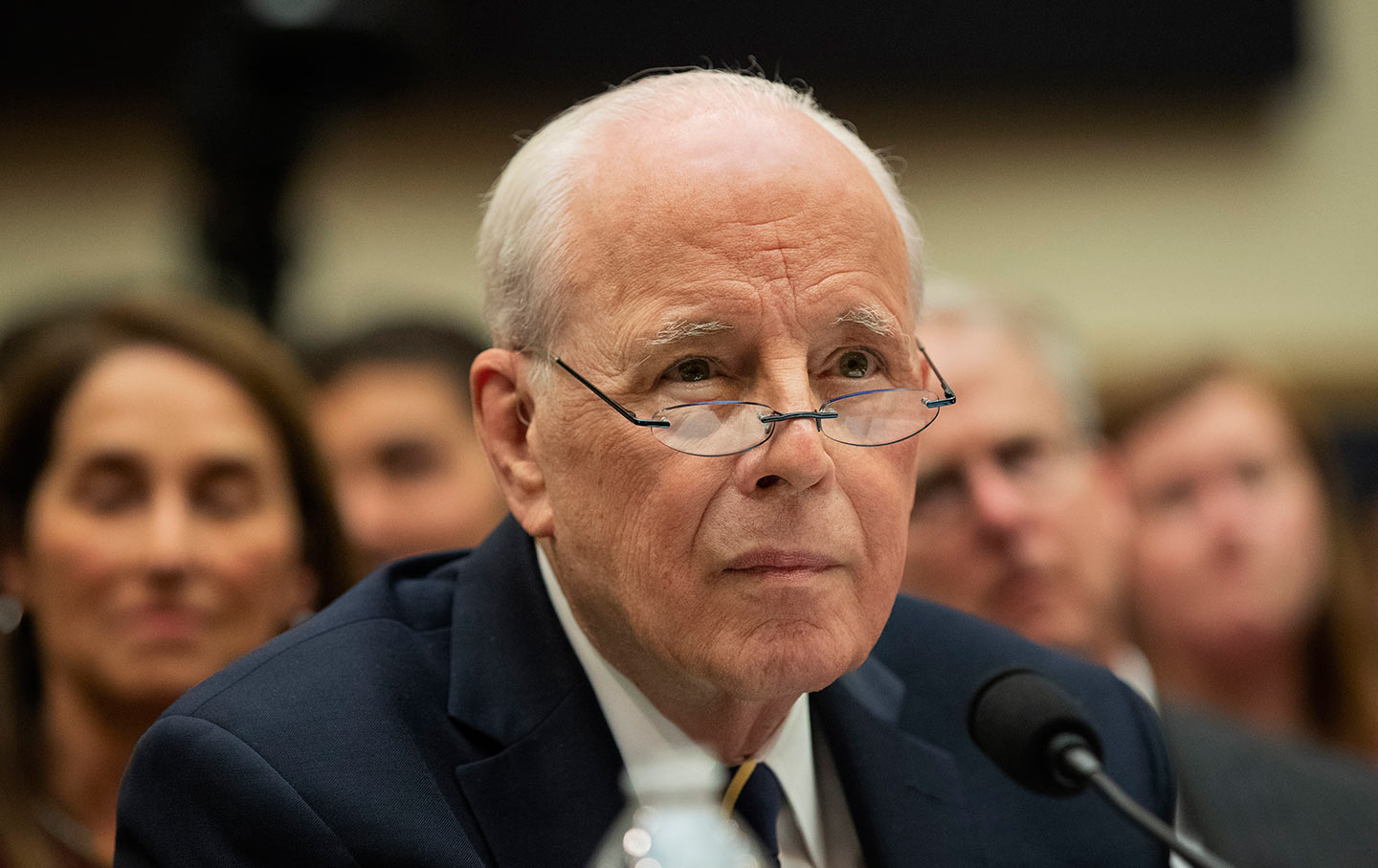 President Trump was freaked out by the decision of the House Judiciary Committee’s Democratic leadership to call former White House counsel John Dean to testify regarding a subject that both men are quite familiar with: obstruction of justice by a lawless White House. Trump responded to Monday’s testimony by Dean, whose Watergate-era testimony led to an accountability moment for Richard Nixon, with a Twitter storm that was fully Nixonian in its combination of character assassination and disregard for the truth.

Dean arrived on Capitol Hill with a prepared text that described “remarkable parallels” between the abuses of executive authority he exposed in the mid-1970s and the abuses detailed in special counsel Robert Mueller’s examination of the current president’s obstructions. “In many ways the Mueller report is to President Trump what the so-called Watergate ‘Road Map’…was to President Richard Nixon,” he explained, before calmly detailing the Mueller report’s damning evidence against the president can fairly be described as “more Nixonian than Nixon.”

Trump responded with one of his digital meltdowns. “Can’t believe they are bringing in John Dean, the disgraced Nixon White House Counsel who is a paid CNN contributor,” declared the president. “No Collusion—No Obstruction! Democrats just want a do-over which they’ll never get!” Earlier, he had referred to Dean as a “sleazebag attorney.”

Trump’s minions echoed the slurs. The top Republican on the Judiciary Committee, Georgia Congressman Dean Collins, trashed Dean as “the Godfather.” And a Republican National Committee statement argued that “Since Watergate, Dean has solidified himself as an unethical political opportunist who hasn’t met a recent Republican president who he didn’t want to impeach. Yet, Democrats want him to testify before the House. For what reason? No one really knows.”

In fact, Dean is a highly regarded commentator and author, whose writings on legal issues in general and constitutional concerns in particular have earned him a reputation as a thoughtful commentator on the exercise—and abuse—of executive power. He was an entirely credible, and effective, witness. But Dean did not, as he noted, appear as “fact witness.” He was merely offering perspective.

So why did the Grand Old Party—with the narrow exceptions of Congressman Justin Amash (R-MI) and the narrow band of “rule-of-law Republicans”—go ballistic along with Trump? Because The Washington Post post-testimony headline was correct when it described “John Dean’s compelling case for parallels between Trump and Watergate.” And because of another damning truth that Dean reveals: The Grand Old Party is no longer the Grand Old Party.

Raised up as a proud “Goldwater Republican,” Dean has deep roots in the “conscience of a conservative” past of the party that Trump has taken over. But he long ago recognized that the conservative ideology is being hijacked by Republicans who are inclined toward precisely the sort of reckless authoritarianism that Trump practices.

More than a decade ago, he warned of what was becoming of the party of Goldwater and Reagan, in a groundbreaking book, Conservatives Without Conscience (Viking), which argued that “tough, coldblooded, ruthless authoritarians” had “co-opted” conservatism, and, by extension, the Republican Party. Dean is currently revising the book “to discuss Donald Trump and his followers.”

The book is important, and the revised edition will, undoubtedly, provide vital insights. But anyone looking for an illustration of the point that Dean has been making got it on Monday, when conservatives without conscience rallied around Donald Trump and attacked the lawyer who told the truth in the 1970s, and who is still doing so today.