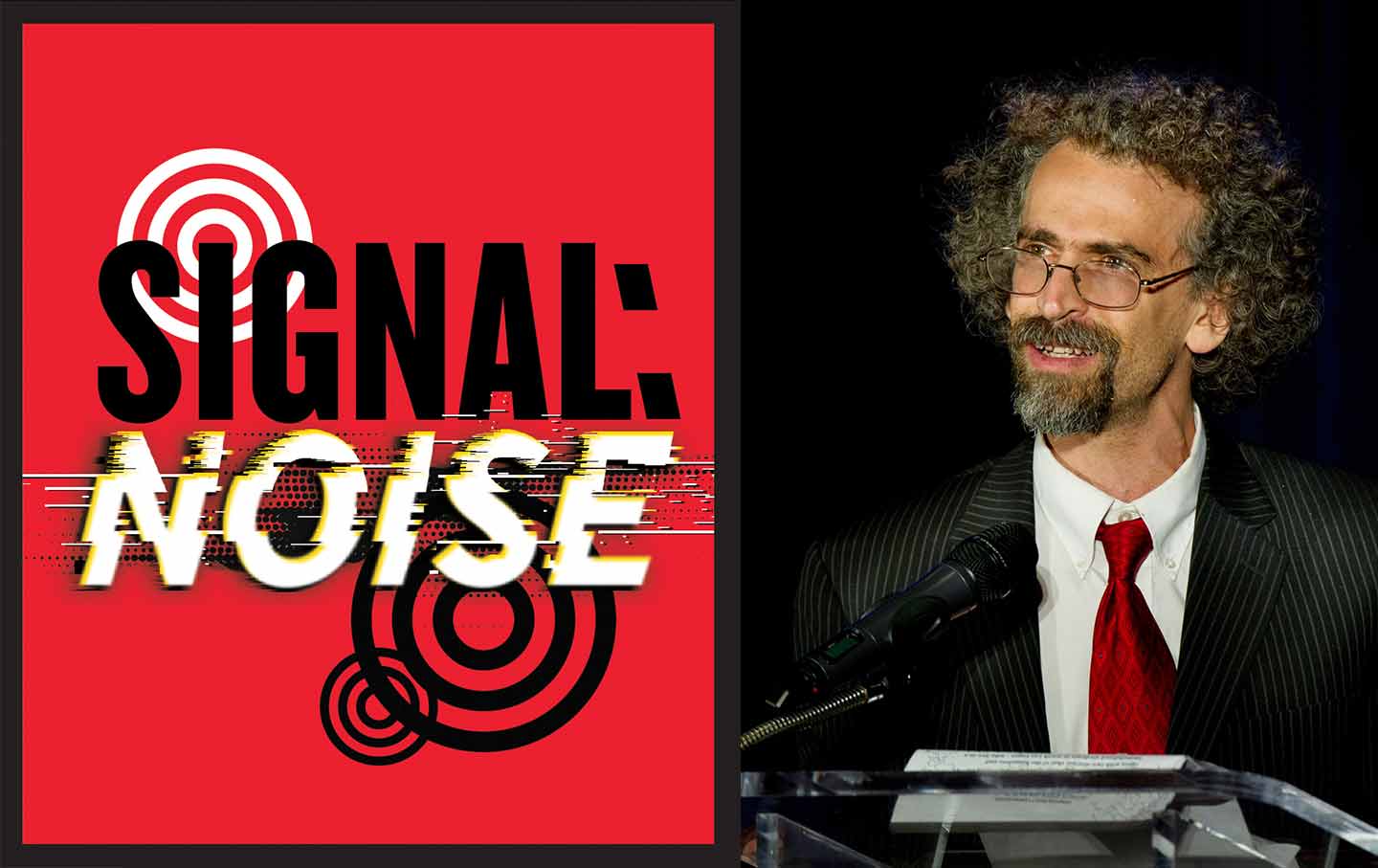 New York, NY—September 10, 2019—The Nation, America’s leading source of progressive politics and culture, today launched “Signal:Noise,” a new column by longtime contributor Sasha Abramsky (@AbramskySasha) that looks beyond the news cycle to confront and decipher the most important policy shifts enacted by the Trump administration.

“The vast and dangerous power grabs that define this political era have received far less scrutiny than the latest insults and absurdities, boasts and bluster thrown up by Trump-the-entertainer,” says Nation editor D.D. Guttenplan. “I wrote about this myself as a deliberate strategy of mass distraction. So I’m particularly delighted that ‘Signal:Noise’ will regularly go behind the outrage du jour to shine a spotlight on the stuff that actually matters in our everyday lives—and for the future of the country. Sasha Abramsky has long been one of our most astute reporters. Now he’ll be bringing his keen analytical eye and deep knowledge of American politics twice a week to TheNation.com to tell these stories.”

“The Nation has a long and illustrious history of holding politicians to account, and of speaking truth to power,” adds Abramsky. “In the Trump era this is particularly important: too often his outrageous actions and statements are treated more as entertainment than as serious policy shifts that hugely impact people’s lives. Too often the sensational tweets and insults, the harangues and the narcissistic boasts drown out huge changes to regulatory structures, drastic policy shifts made via Executive Action, and personnel overhauls that further solidify Trump’s hold on the political system, the courts, and the bureaucracies of the United States. The Nation has put a spotlight on these aspects of the Trump era; this column will, hopefully shine that spotlight ever-brighter.”

Abramsky, who has written regularly for The Nation for nearly two decades, is the author of several books, including Inside Obama’s Brain, Breadline USA, American Furies, The American Way of Poverty, The House of 20,000 Books, and, most recently, Jumping at Shadows: The Triumph of Fear and the End of the American Dream. In his new column, he will endeavor to cut through the white noise and social media static to report on the most pressing economic, foreign policy, military, and regulatory events occurring largely under the radar. In brief, digestible twice-weekly dispatches, “Signal:Noise” will distinguish the truly alarming from the omnipresent alarmist by asking and identifying: What new regulations are being used to further Trump’s nativist agenda? What old regulations are being shredded as the administration wages war on environmental and workplace protections? Who is being nominated to fill vacant judiciary positions? What funding or de-funding of programs and pet projects is occurring behind closed doors? In the increasingly high-stakes battles between the federal government and states such as California or New York, which lawsuits are being filed where, and what court rulings are being issued? In federal bureaucracies, who is in and who is out as different factions within the White House vie for dominance?

Abramsky is the latest in a number of new appointments and initiatives made and launched by The Nation’s new editor, D.D. Guttenplan (@ddguttenplan), the 16th editor in the magazine’s illustrious 154-year history. Of recent note, the ever-prolific Jeet Heer (@HeerJeet) joined our pages as national affairs correspondent and Jane McAlevey (@rsgexp) as strikes correspondent, filing from the front lines of the labor movement.