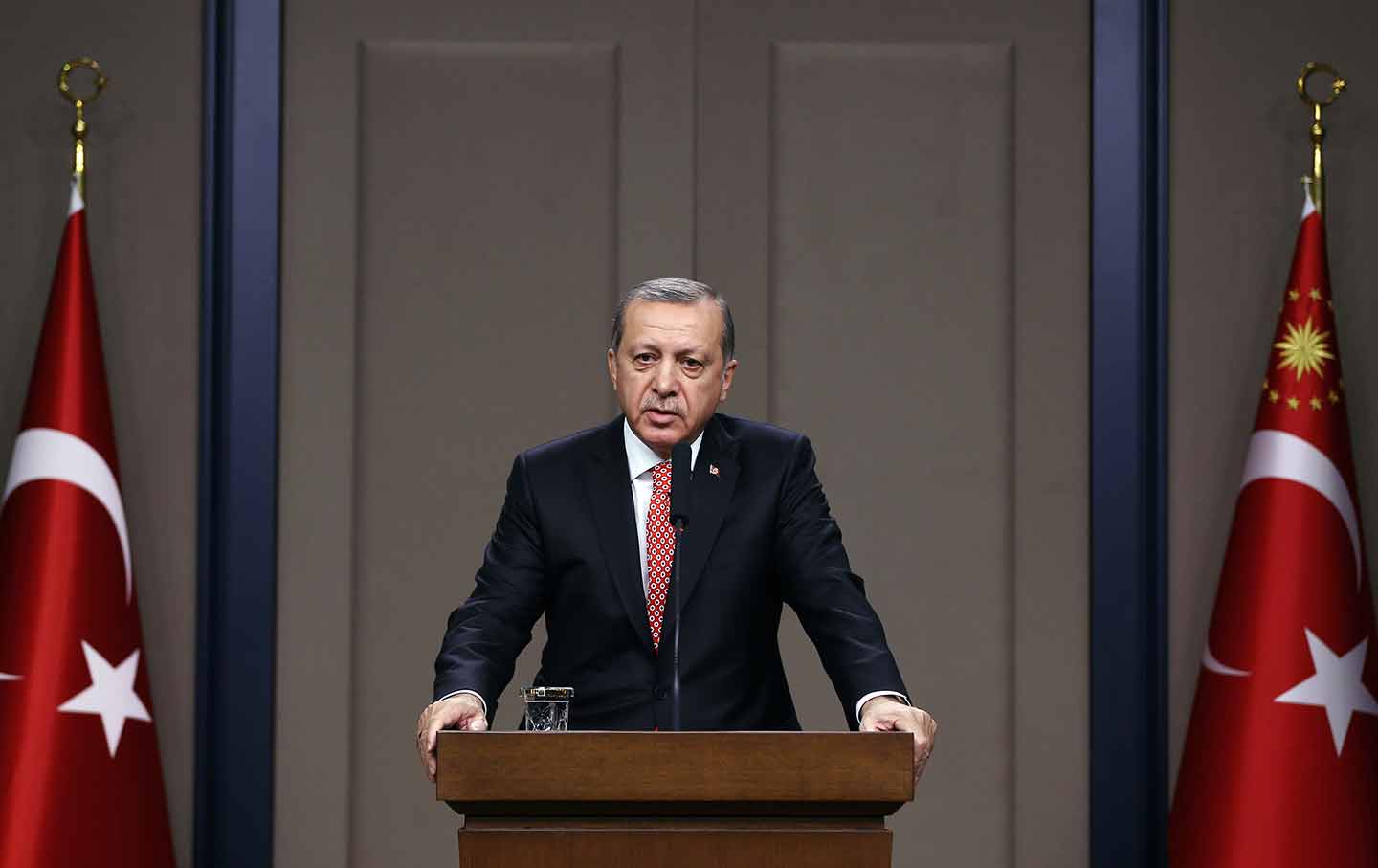 One of the greatest responsibilities of an American president is to encourage the development of democracy and the protection of basic liberties in countries with which the United States is allied. Presidents do not always live up to this responsibility, but few have failed so miserably as did Donald Trump with his response to a referendum result that leaders around the world recognize as a threat to Turkish democracy.

Remarkably, Trump undermined the US Department of State’s efforts to encourage respect for democracy and human rights in the aftermath of the controversial referendum vote that dramatically extended the powers of strongman President Recep Tayyip Erdogan. Noting complaints about how the referendum was conducted, and concerns about threats to civil liberties in Turkey, State Department acting spokesman Mark Toner announced: “We look to the government of Turkey to protect the fundamental rights and freedoms of all its citizens.”

It was important to send a savvy signal following the close vote. Erdogan’s penchant for jailing journalists and dissenters, for purging the judiciary and the civil service of those who question his authoritarian reach, and for abusing the powers of government to achieve his political ends all argued for caution and concern on the part of US officials. After it was announced that Erdogan’s forces had prevailed by a narrow 51-49 margin, Toner carefully explained that “commitment to the rule of law and a diverse and free media remain essential” to the development of Turkish democracy.

Unfortunately, what the rest of the world in general, and Erdogan in particular, heard was an entirely different message from the United States. The official announcement from the White House began: “President Donald J. Trump spoke today with President Recep Tayyip Erdogan of Turkey to congratulate him on his recent referendum victory…”

“The legal framework was inadequate for the holding of a genuinely democratic process.”—Cezar Florin Preda

The White House statement neglected mounting concerns about threats to freedom of the press.

Aides to Trump — who developed a “Trump Towers” project in Istanbul before his assumption of the presidency — portrayed the conversation as a normal interchange between two leaders. Actually, it was an extremely abnormal interchange. The decay of democracy in Turkey has stirred an international outcry and led responsible leaders to challenge Erdogan’s authoritarian lurch. German German Chancellor Angela Merkel and Foreign Minister Sigmar Gabriel, for instance, warned: “The tight referendum result shows how deeply divided Turkish society is, and that means a big responsibility for the Turkish leadership and for President Erdogan personally.”

Trump put himself on the wrong side of the discussion at a point when the Organization for Security and Cooperation in Europe, of which the US is a member, reported: “The 16 April constitutional referendum in Turkey was contested on an unlevel playing field, and the two sides in the campaign did not have equal opportunities, the international observers concluded in a statement released today. While the technical aspects of the process were well administered, voters were not provided with impartial information about key aspects of the reform, and limitations on fundamental freedoms had a negative effect…”

Cezar Florin Preda, the head of the delegation from the Parliamentary Assembly of the Council of Europe, expressed regret about “the absence of civil society observers in polling stations,” and said: “In general, the referendum did not live up to Council of Europe standards. The legal framework was inadequate for the holding of a genuinely democratic process.”

Tana de Zulueta, the head of an OSCE Office for Democratic Institutions and Human Rights observation team said: “The referendum took place in a political environment in which fundamental freedoms essential to a genuinely democratic process were curtailed under the state of emergency, and the two sides did not have equal opportunities to make their case to the voters. Our monitoring showed the ‘Yes’ campaign dominated the media coverage and this, along with restrictions on the media, the arrests of journalists and the closure of media outlets, reduced voters’ access to a plurality of views.”

Donald Trump, who calls America’s free press the “enemy of the people,” and who has failed at too many turns at voting rights and civil liberties in the United States, sends an awful, awful message when he congratulates authoritarians in other lands. It is signal that raises concerns about his understanding of, and respect for, democracy itself.