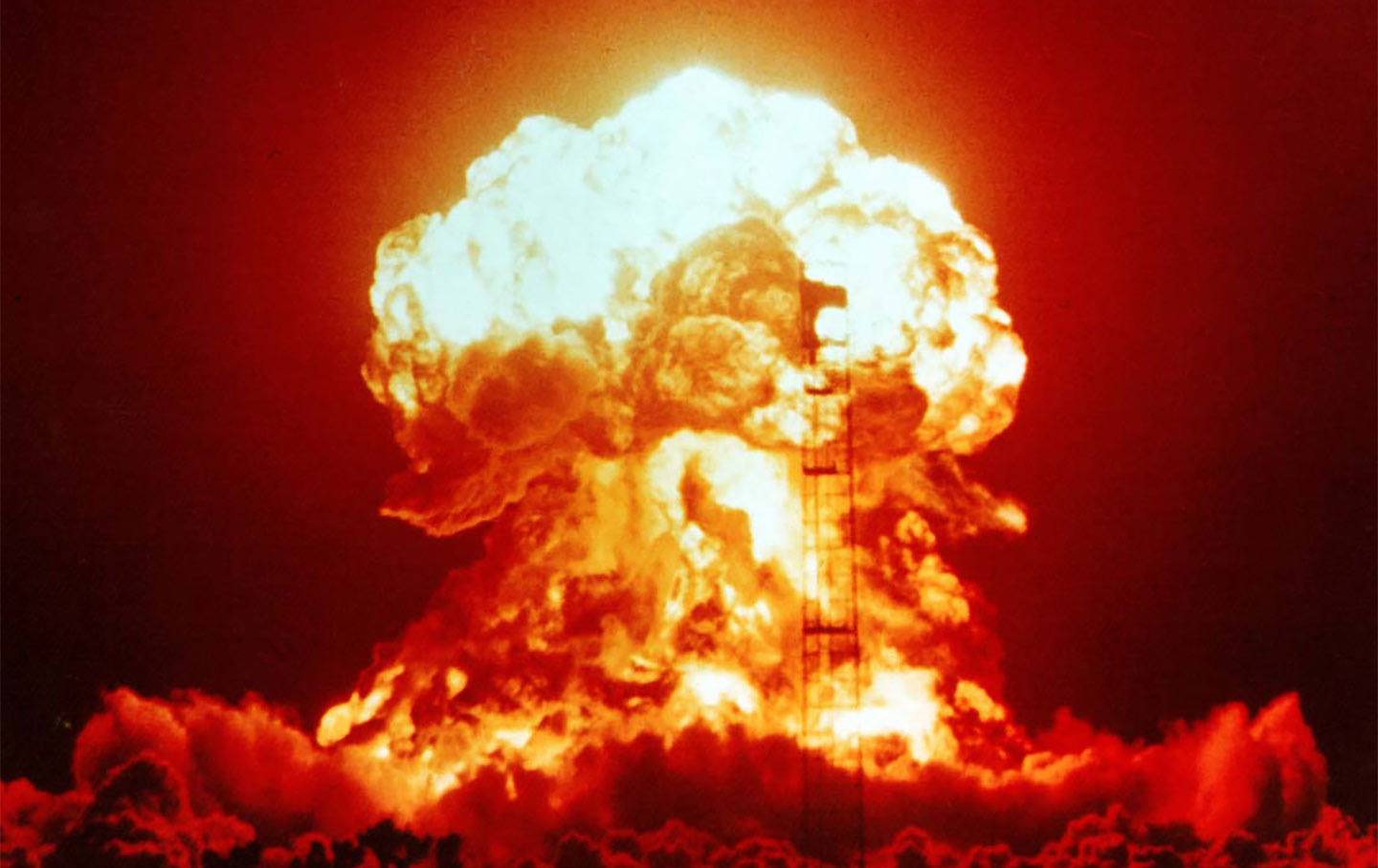 This nuclear explosion was conducted at the Nevada Test Site in 1953. (Courtesy of the National Nuclear Security Administration, Nevada Site Office)

Of the more damaging things the Trump administration has done over the past three years to harm the national security of the United States, its full-frontal attack on the global nuclear non-proliferation regime must rank among the very worst. Still worse, bilateral arms control agreements with Russia, ranging from the INF to New START, have been imperiled by the hard-line neoconservative ideologues who populate the ranks of this administration.1

Polls show that 79 percent of Americans are concerned about our current nuclear policy, and there is a growing movement, in US statehouses and at the grassroots level, calling for the US government to adopt a no-first-use nuclear weapons policy.2

And a group of women states legislators and women-led advocacy groups have taken up the charge. On September 23–24 in Washington, DC, the advocacy group Women’s Action for New Directions (WAND) and the Women Legislators’ Lobby (WiLL) brought together women state legislators for a conference in Washington to discuss the dangers of a new Cold War and what actions might be taken on the state and local level to fight back against the environmental, public health, budgetary, and security challenges that are exacerbated by our nuclear arsenal.3

WiLL/WAND has been waging a remarkable campaign in statehouses across the country, putting forth resolutions that demand that Congress institute a no-first-use policy and reassert its constitutional authority over matters of war and peace. The resolutions also call to eliminate the president’s authority to launch a nuclear strike in the absence of congressional authorization. So far, such resolutions have been introduced in 30 statehouses and have been adopted in Illinois, Oregon, California, and New Jersey. The Washington, DC, city council has passed a similar resolution.4

A number of 2020 Democratic presidential candidates have also joined the call for the adoption of a no-first-use nuclear weapons policy. California Representative Ted Lieu introduced legislation in January 2019 that would require congressional approval for the president to launch a nuclear strike.5

At the conference in Washington a couple of weeks ago, Lilly Adams of the Union of Concerned Scientists, which now boasts 45 local organizations, was in attendance. It was Adams who coordinated the Washington Against Nuclear Weapons Coalition in 2017 and 2018. She appeared on a panel with Illinois Democratic State Representative Carol Ammons, who led a successful fight in the Illinois House for a no-first-use resolution. They were joined by Oregon State Representative Alissa Keny-Guyer, who cosponsored legislation to curb the threat of nuclear war that passed the Oregon statehouse in June.6

Representative Ammons said the challenge of building a coalition to pass these resolutions is twofold: First, there is the hardwired American mindset that doesn’t think about the consequences of the wars we wage far from our shores. “We need,” Ammons said, “more people to give a shit about the entire world.” The second, she said, is that many state legislators feel this nuclear weapons policy is not really a state issue. But Ammons disagrees and says the effects of spending on our massive military-industrial complex skews our budget priorities away from investing in our communities. She also noted that the costs aren’t simply budgetary, considering the human costs of war on returning veterans—such as her brother, who served multiple tours in Iraq—and those in their families.7

The two-day conference was topped off by a round of lobbying on Capitol Hill by WiLL/WAND to press House and Senate members to support a no-first-use policy and block funding for the deployment of the W76-2 low-yield nuclear warhead, which they believe is “an unnecessary and dangerous addition to the US nuclear arsenal.” They also are calling for annual public audits of the Pentagon and for the extension of the new START treaty, which the president famously derided as “a bad deal” in his very first telephone call with Russia’s Vladimir Putin. WiLL/WAND is also calling for the reinvigoration of the US State Department.8

The conference showed that there is a broad-based movement afoot, led by women of conscience, to put an end to America’s dangerous and expensive nuclear addiction.9