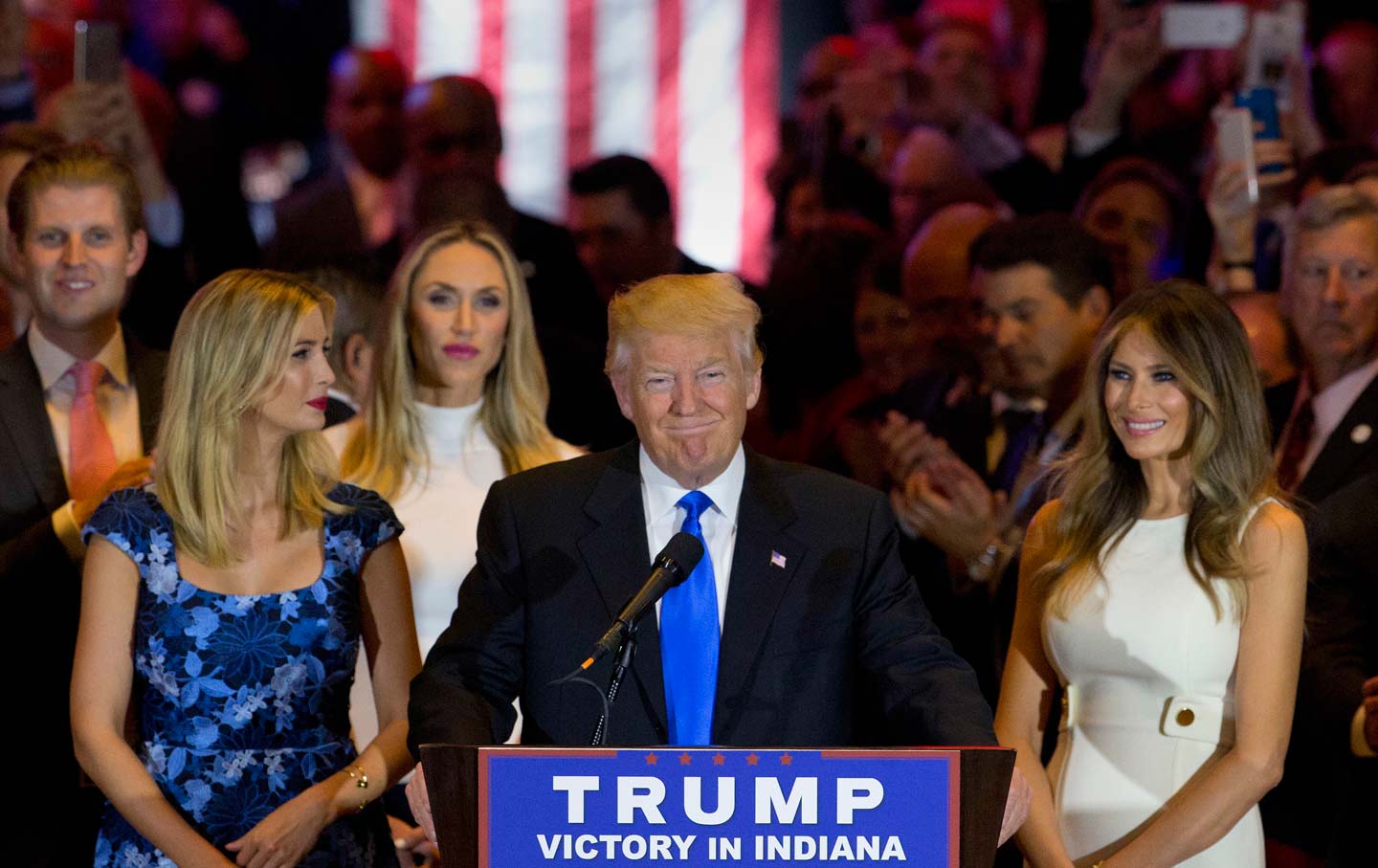 It’s hard for people who follow the daily ups and downs of the candidates to accept the fact that voting in America is remarkably stable from election to election. Regardless of who the candidates are, people who voted Republican in the last election almost always vote Republican in the next one, and it’s the same for Democrats. It’s been true for the last five or six presidential elections. And these patterns are amplified by the Electoral College, where only a few states switch from one party to another between elections. Democrats have won the popular vote in five of the last six presidential elections (there was that glitch in 2000 with Bush v. Gore at the Supreme Court). Obama beat John McCain in 2008 by more than 9 million votes. He beat Mitt Romney in 2012 by almost 5 million votes. For Trump to win, he needs all of the people who voted for Romney plus at least 5 million more. And they have to be in the right states—the swing states, especially Ohio, Pennsylvania, Virginia, North Carolina, and Florida. Where can Trump get those votes?

There undoubtedly were some white working-class voters who didn’t vote at all in 2012 because they were turned off both by Obama and by Romney’s corporate-CEO aura. But will enough of them vote for Trump to change the outcome of the vote in five or six swing states? The experts who count votes say no. People who didn’t vote in the last election are not likely to vote in the next one—that’s part of the stable pattern of American politics.

And Trump seems likely to lose some of the people who voted for Romney—especially some Republican women, turned off by his abusive remarks. Romney got about 45 percent of the female vote. If 3 or 4 percent of Republican women don’t vote for Trump, that would be devastating for him, especially in the swing states. And the polls right now show it could be much worse for him: A NBC/Wall Street Journal poll in March found that 47 percent of Republican female primary voters said they could not imagine themselves voting for Trump. A poll of female voters overall (CNN in March) found that 73 percent had a negative view of Trump.

What about the new voters, young first-time voters: are several million of them going to vote for Trump? Short answer: no. Young voters and first-time voters are a key Democratic constituency. They are also the least likely age group to vote. The big challenge for the Democrats has been to get this constituency of theirs to register and cast a vote on election day. Instead of trying to recruit young first-time voters, Republican have worked to make it harder for them to register and vote, because they know what young voters are likely to do on Election Day.

But didn’t Trump do really well in the primaries? He got more primary votes than Romney did in 2012. He said he was bringing “millions and millions of new voters” into the Republican party. But polls show his voters in the primaries were almost all committed Republicans. They may have not have voted in earlier primaries, but almost all had voted Republican in general elections in the past. Trump got 13 million votes in the primaries. But Obama got 66 million votes in November 2012. The point is simple: Very few people vote in primary elections. Trump’s success in the spring says nothing about how he will do in the fall. It’s likely that the rhetoric that won him those 13 million votes will turn off millions of other voters he needs if he’s going to win in November.

All this assumes the people who voted for Obama will vote for Hillary, that the historic pattern will hold in 2016. People say “this time it’s different”—because we’ve never had a woman candidate, and sexism is a powerful force in American politics. But we never had a black candidate until 2008, and racism has certainly been a powerful force in American politics. Is there more hostility to women than to blacks in American politics? Right now there are 20 women in the Senate, and only two blacks (Republican Tim Scott from South Carolina, and Democrat Corey Booker from New Jersey). Hillary, we are told, has a “man problem”: One recent poll showed Trump winning among men 49-40 percent. But the same poll showed women choosing Hillary by a larger margin, 51-38 percent. That’s consistent with the historical pattern. Romney won the male vote by 8 points—basically the same as Trump’s lead among men in polls now. It’s way too early to pay a lot of attention to the current polls, but the Trump-Clinton gender gap is likely to be much larger this year than it was for Romney-Obama, and since more women vote than men, the historic Democratic advantage will likely remain.

It’s different this time, we are also told, because the Bernie/Hillary primary fight was so intense. What if some of Bernie’s supporters won’t vote for Hillary? Could the Democratic vote fall by 4 million and give Trump the margin he needs in the swing states? Again, that seems extremely unlikely. In 2008, the people who voted for Hillary in the Democratic primary were very much against Obama when the primaries ended. They regarded him as unqualified. But on election day six months later, almost all ended up voting for him. This fall Bernie will be campaigning against Trump, and Elizabeth Warren will be campaigning against Trump. The long-term patterns suggest that almost all Democrats and Democratic “leaners” will vote for the Democratic candidate again this November.

It’s the job of the news media to make it seem that it’s different this time, so that we need to tune in and keep up. But the political scientists say it’s probably not going to be different this time. Whatever the polls say now (and right now they show Hillary ahead), the long-term patterns of American politics tell us that Trump is not going to get millions more votes than Romney did, and he’s not going to carry enough swing states to overcome the historic pattern of Democratic advantage. Hillary will win in November, and she will be sworn in as our next president on January 20.