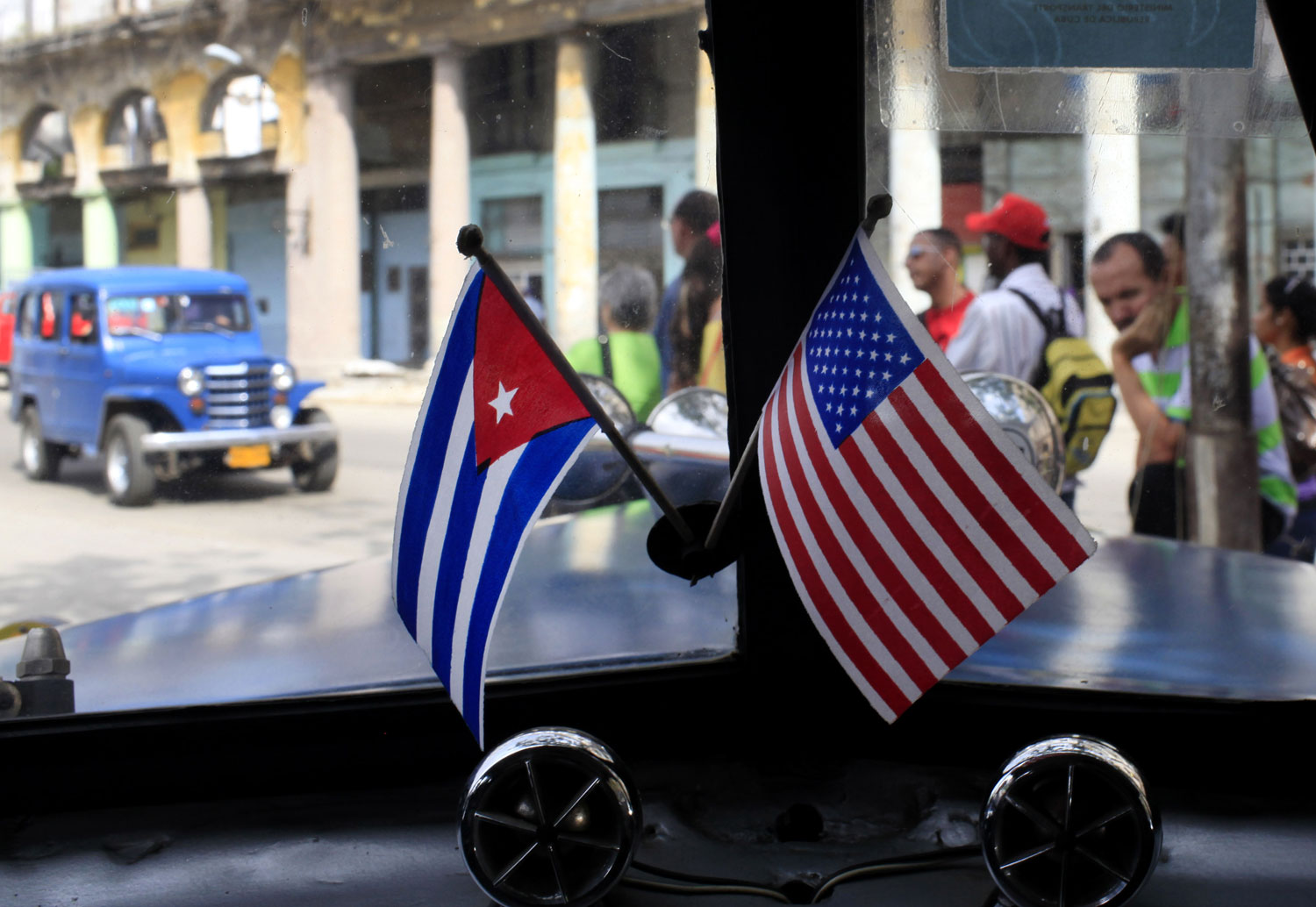 A Cuban and US flag sit on the dashboard of an American classic car in Havana, Cuba. (AP Photo/Franklin Reyes)

“I probably have six Cuban grandmothers, and ten Cuban mothers,” joked then–Florida governor Jeb Bush at the Cuban Liberty Council’s annual dinner 10 years ago, where he was the guest of honor. “You can always count on me to do what I can to make sure that the cause of a free Cuba is front and center in Washington.”

This was in 2004, not long after the first millennials became eligible to vote. Back then, the “cause of a free Cuba,” as Bush described it, was clear to the Cuban American community: No lifting of the embargo. No normalizing of relations. No reconciliation.

Perhaps it shouldn’t be surprising, then, that after stepping back onto the political stage so many years later, Bush’s position on Cuba has changed not at all. “We’re not a step closer to freedom in Cuba because of the steps the president is taking,” he said last week. Nor should it be of note that Sen. Marco Rubio (R-Fla.), a Cuban American who grew up in the Florida Republican establishment during the 2000s, would declare soon after announcing his own campaign that he planned to “reverse every single one of the decisions [the president] has made” with regard to Cuba.