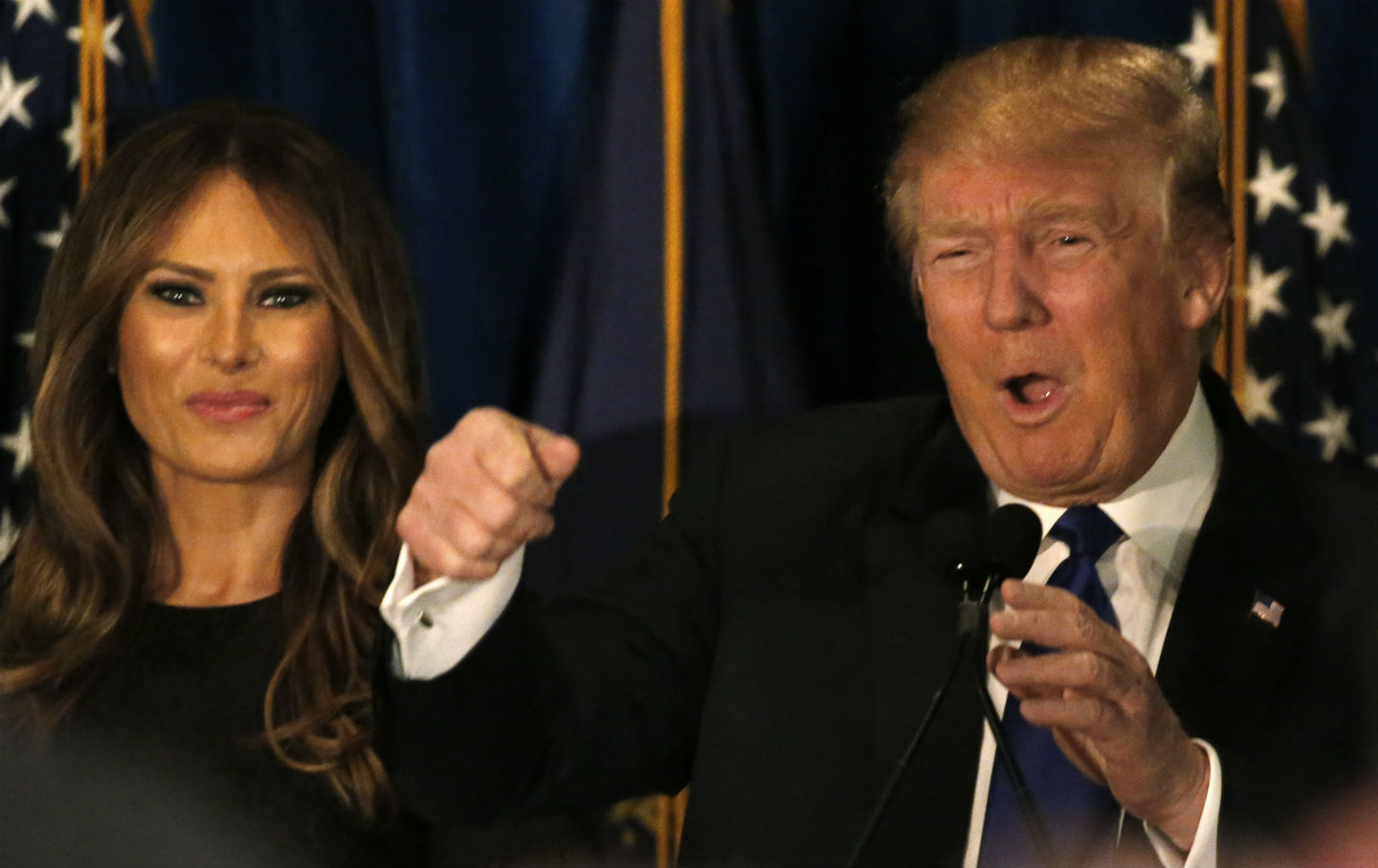 There are good nights in politics.

There are bad nights in politics.

And there are dark nights of the soul in politics.

For Republicans who had hoped that the New Hampshire primary would clarify the muddled and menacing race for their party’s presidential nomination in a way that did not point to the name “Donald Trump,” Tuesday evening was a very dark night of the soul.

All that Republican National Committee insiders, congressional leaders, and the grasping corporate elites they represent wanted was a little clarity, a slight sense of who they might coalesce behind in order to see off the looming threats posed by a billionaire (Trump) whose over-the-top populism could make Pat Buchanan blush and a senator (Ted Cruz) whose extremism in the defense of liberty would make Barry Goldwater blush. The point, of course, is that both Buchanan and Goldwater lost.

The hope of the elites was that New Hampshire would produce an appealing alternative to Trump and Cruz. Instead, voters turned out in record numbers to give Trump a huge win and to give Cruz a third-place finish in a state where the Texan was never expected to run all that well—effectively strengthening his claim on the Tea Party and evangelical contingents that will be far more influential in the caucuses and primaries to come.

What of the alternative?

New Hampshire gave a “good enough” second-place finish to Ohio Governor John Kasich, who appealed to moderates in a party that has few moderates left outside New England and to independents in a party that does not always allow independents to vote in its primaries. Kasich won by pouring all of his campaign’s energy and most of his campaign’s resources into a fight to finishing second in New Hampshire. He got that finish. But history does not provide much encouragement for this sort of Republican candidacy. In 2012, former Utah governor Jon Huntsman ran a similar campaign, finished a solid third in New Hampshire, and then realized he had nowhere to go. Less than a week after his New Hampshire “success,” Huntsman suspended his campaign.

Worse yet for the elites, New Hampshire Republicans vetted at least two other alternatives—in the form of former governor Jeb Bush and Florida Senator Marco Rubio. Bush’s bumbling campaign has been a study in disappointment, while Rubio admitted that what looked like a fifth-place finish on Tuesday was a “disappointment.”

This is a nightmare scenario for the elites.

But they are both going on to the next Republican race in South Carolina, as part of a five-way race that will be nasty, brutish and long.

This is a nightmare scenario for the elites. After Bush stumbled in debate after debate after debate, many major donors and party strategists began to look longingly at Rubio. Yes, Rubio was young and perhaps a bit ill-prepared, the argument went, but he was on message and often quite articulate. Then, under pressure from New Jersey Governor Chris Christie in the last debate before the New Hampshire primary, Rubio was exposed as a vapid careerist stuck on repeat. That did not get Christie a good enough finish to maintain a credible candidacy; he was talking on Tuesday night about returning to New Jersey to “take a deep breath” and reassess his 2016 run.

Christie will not be the only Republican who is taking deep breaths and reassessing the 2016 race after all the New Hampshire ballots are counted. The governor has a way out. He can quit. The Republican elites have no way out. They are going to be stuck in this dark night of the soul for a good deal longer.