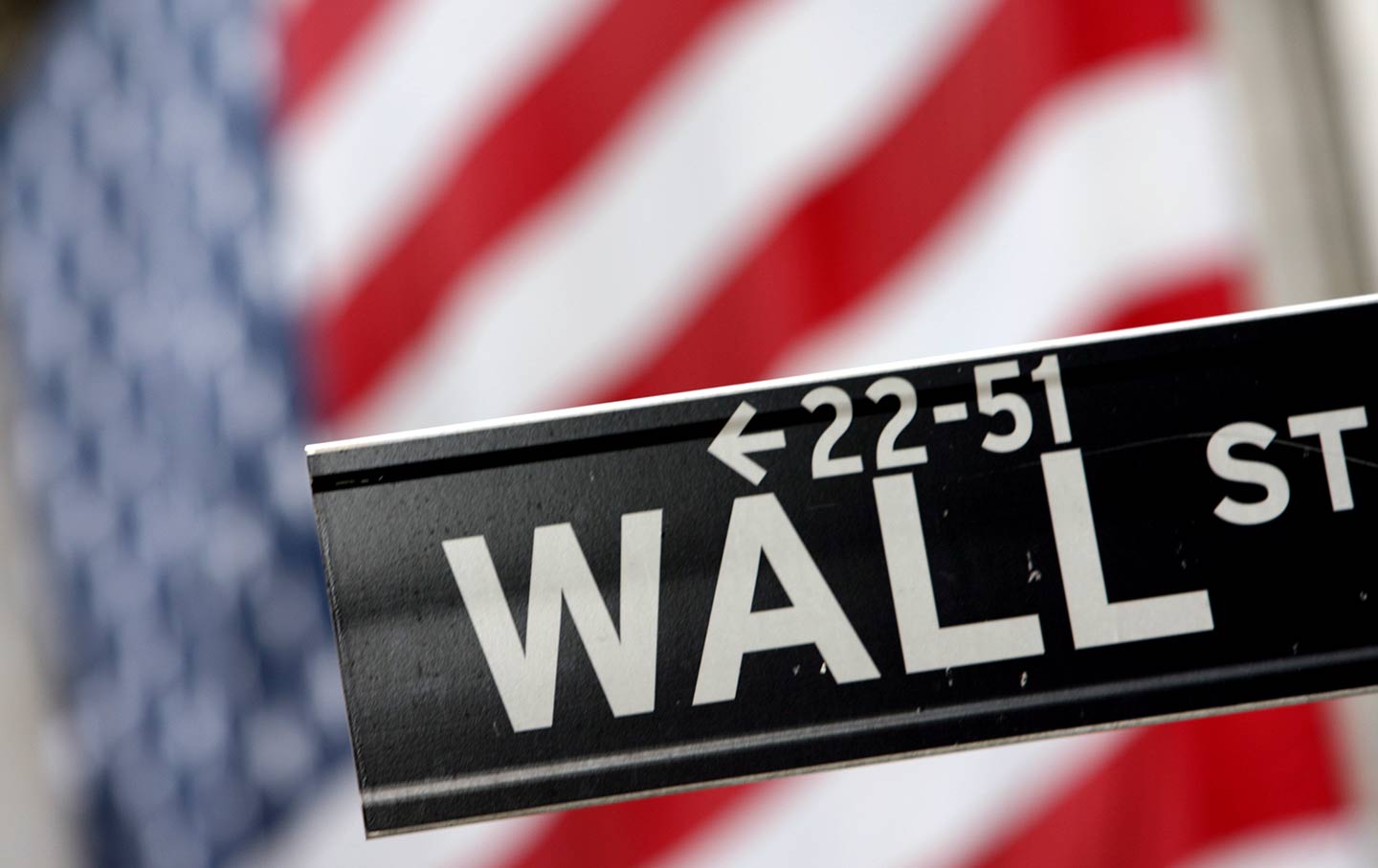 In a conference room overlooking the Chicago River last week, 35 years of thinking about the economy came under direct challenge. It won’t get as much attention as a Sean Spicer press conference or a Bernie Sanders town hall, but decades from now it may prove much more important to how our economy is organized. 1

The University of Chicago Stigler Center’s three-day conference asked: “Does America Have a Concentration Problem?” A sufficient response to this could be “go outside.” Virtually every major sector in our economy has been whittled down to a few major players. Two companies produce nearly all of America’s toothpaste. One, Luxottica, produces nearly all the sunglasses. There are four cable and Internet providers, who have divvied up the country and rarely compete. There are four major airlines. There are four major commercial banks. There are four major Internet platforms—Amazon, Facebook, Apple, and Google—controlling your information flow, your data, and your virtual life.2

These markets are shrinking further, thanks to a continuing wave of mergers. Bayer is buying Monsanto to control a significant section of the agricultural seed market. AT&T and Time Warner’s combination would tie a content distributor to a content provider. The Walgreens–Rite Aid deal would narrow major chain pharmacies down to two (three if you’re generous and include Walmart). Platform monopolies like Google are buying a firm a week; it’s become a large part of their research-and-development strategy to acquire ideas and market share simultaneously.3

This market consolidation has wide-reaching effects beyond the higher prices monopolies can charge due to lack of competition. Quality suffers when consumers have nowhere else to turn. Supply chains become fragile—an outage from Amazon Web Services, the leader in cloud computing, took out half the Internet in February. Economic power begets political power, and democratic institutions suffer. Personal liberty to use talents and skills gets stymied when there’s only one game in town. Barriers to entry have led to a decline in business start-ups and a retrenching of economic dynamism. Inequality grows when a few at the top gather all the rewards in a market.4

Our growing monopolization didn’t happen by accident. Starting in the 1970s, a group of academics led by failed Supreme Court nominee Robert Bork changed the view of antitrust law, which was originally intended to break up concentrated power. Without altering a word in the Sherman Antitrust Act, Bork and his colleagues—known as the “Chicago school” because of their devotion to University of Chicago neoclassical economic theories—rewrote history, determining that antitrust merely concerned “consumer welfare,” an economic study of prices, rather than effects on competition. Starting in the Reagan administration, the Chicago school’s capture of antitrust theory has brought us to a period of market concentration unrivaled since the Gilded Age.5

A new group of scholars and activists has rebelled against Chicago-school dictates. You can call them the “New Brandeis movement.” Louis Brandeis, before reaching the Supreme Court, advised President Woodrow Wilson in the election of 1912, condemning “the curse of bigness” and favoring breakups of those trusts that the Sherman Act had yet to dismantle. Under Wilson, Congress closed Sherman Act loopholes with the Clayton Antitrust Act and created the Federal Trade Commission to combat monopoly power. As Brandeis wrote, “We can have democracy in this country, or we can have great wealth concentrated in the hands of a few, but we can’t have both.”6

“America was founded to provide people the wherewithal to protect ourselves from enslavement,” said Barry Lynn of the open-markets program at the New America Foundation. Perhaps nobody in the New Brandeis movement has done more than Lynn to revive the Progressive-era conception of monopoly as a danger to American liberty. “Anti-monopoly, from the Boston Tea Party onward, was one of the key tools that we the people used to keep ourselves free,” he said.7

The conference was a battle between those who look at monopoly’s effects on society and those who want to just focus on numbers. “I am in the soft middle,” said Carl Shapiro, an economist at UC Berkeley who served in the Antitrust Division at the Justice Department under two Democratic presidents (Clinton and Obama). He saw the decline in business start-ups as merely a reduction in restaurants and dry cleaners, not an economy-wide competition problem. But this is precisely the point—fewer Main Street small businesses, and more national chains, leads to a flow of local wealth out to large corporations, creating the regional inequality that depresses communities.8

The New Brandeisians took a broad look at how the failure to stop monopolization has harmed America. John Kwoka of Northeastern University crunched the data to find that current enforcement techniques aren’t even working to protect people from price increases, let alone monopoly’s other effects. Lina Khan, a Yale Law student and the author of “Amazon’s Antitrust Paradox,” which described how Amazon uses its wealth of customer data collected from companies operating on its platform to compete against them, counseled against the learned helplessness that current laws cannot be fashioned to deal with modern tech firms. Sabeel Rahman of Brooklyn Law School explained how monopoly “warps the structure of opportunity of our economy.” Jonathan Kanter, formerly of the FTC’s Bureau of Competition, warned that the fear in the antitrust agencies of overreaching has become a paralysis that fails to serve the public. Zephyr Teachout of Fordham Law (and a former congressional candidate) made the case for political antitrust, that big companies undermine democracy through their collected influence.9

Chicago-school proponents pushed back, often by asserting that the problem simply shouldn’t be addressed. “We have to be humble doing anything,” said Kevin Murphy, a University of Chicago economist and MacArthur fellow. Richard Posner, the Appeals Court judge and scholar, was more blunt: “Antitrust is dead, isn’t it?”10

The objections from Chicago schoolers had more than a tinge of credentialism. Their ideas have gone unchallenged for so many years that they couldn’t conceive of negative consequences from them, especially from people who haven’t reached their exalted status. The New Brandeisians wouldn’t let them off the hook. “I’d describe it as a two-step approach,” said Frank Pasquale, law professor at the University of Maryland. “First they say, ‘You’re not talking about antitrust; you want regulation.’ And then they say, ‘Regulation doesn’t work. Don’t you know history?’”11

The Chicago school, perhaps through its rigidity, has begun to lose its grip on antitrust theory. The Obama Council of Economic Advisers started taking antitrust seriously last year in a series of reports. Justin Pierce, a Federal Reserve economist, presented his research at the conference that manufacturing mergers are associated with price markups of between 15 and 50 percent without any statistically significant effect on productivity, undermining even the base Chicago-school case. Senator Elizabeth Warren gave remarks on concentration in July: “Today, in America, competition is dying.” Senators of both parties are pushing for more aggressive antitrust enforcement. Renata Hesse, briefly the acting head of antitrust at the Justice Department, gave a powerful speech last September dismantling Chicago-school interpretations.12

But few of these battles played out face-to-face. And the New Brandeis movement’s challenge left the Chicago school with few friends. Richard John, a history professor at Columbia University, derided the subverting of Sherman’s vision for ideological interests, arguing that the Chicago school “remains intent on reclaiming the past to invent the future.” Former Obama officials like Peter Orszag and Austan Goolsbee were unwilling to line up with the “nothing to see here” crowd. “There are cracks in the aqueduct and it will split soon,” said Barry Lynn.13

You might consider this an abstraction in an age when Trump has no regard for the boundaries between corporations and the agencies intended to regulate them. But ideas can live on beyond any one president. For 35 years, the Chicago school has dominated political, economic, and legal discourse about how our society operates. Changing that bias really will change the mindset of those in the judiciary, the executive branch, and Congress who wrestle with these issues. Just the existence of a new school of thought forces a reset from those in power, maybe not today, but certainly in the future.14

Just the location of this conference, at the University of Chicago, speaks volumes. Luigi Zingales and Guy Rolnik, the university professors who organized the conference, are much more sympathetic to the question of a concentration problem in America. Rolnik, a former journalist, founded a media organization in Israel to attack excessive market concentration, getting even the right-wing government there to pass an anti-monopoly law that helped bring wireless rates down by 90 percent. Rolnik and Zingales, who challenged Richard Posner in their one-on-one conversation at the conference, represent an openness to debate even within the school that brought us neutered antitrust enforcement.15

In other words, the New Brandeis school’s forward assault can do more than change politics. It can change minds.16