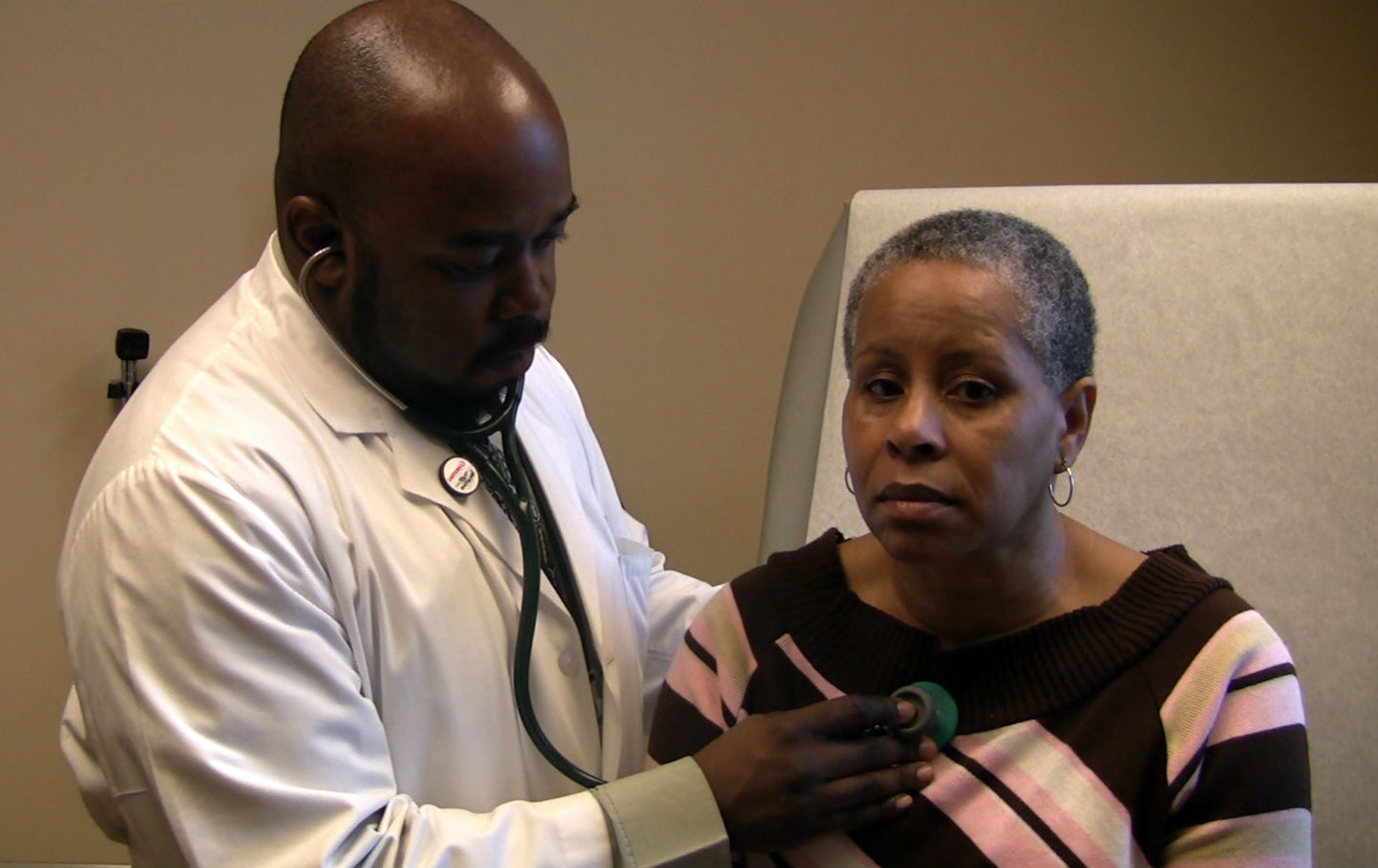 A patient is examined by a doctor at a community health center in Atlanta. (AP Photo / Johnny Clark)

Last week, the Supreme Court upheld a core provision of the Affordable Care Act, quashing the Republican Party’s latest attempt to gut the law through the judicial system. At issue in the case, King v. Burwell, was the government’s ability to provide subsidies to help millions of working Americans purchase health insurance through the federal exchange. Yet, as too many middle class families know, health insurance is only one of the costs associated with getting sick. For more than 40 million workers who currently lack paid sick leave, another pressing concern is how to afford taking time off.

As the court was preparing to rule on the Affordable Care Act, in nearby Montgomery County, the county council was passing one of the strongest paid sick leave laws in the nation. The measure, which passed last Tuesday by a 9-0 margin, requires most employers in the county to provide at least one hour of paid sick leave per 30 hours worked. When the legislation takes effect next year, it will benefit an estimated 90,000 private sector workers who currently do not receive any paid time off. With the bill’s passage, Montgomery County becomes the 23rd place in the nation to guarantee paid sick days and the fifth since 2015.

To appreciate the momentum for paid sick leave, however, it’s necessary to understand how we got here. The recent passage of multiple laws in rapid succession belies a long struggle to get politicians to take up the cause, even within the ranks of the Democratic Party. Indeed, a closer examination reveals the anatomy of a legislative movement and demonstrates how grassroots pressure can turn what some considered a fringe issue into a political juggernaut.