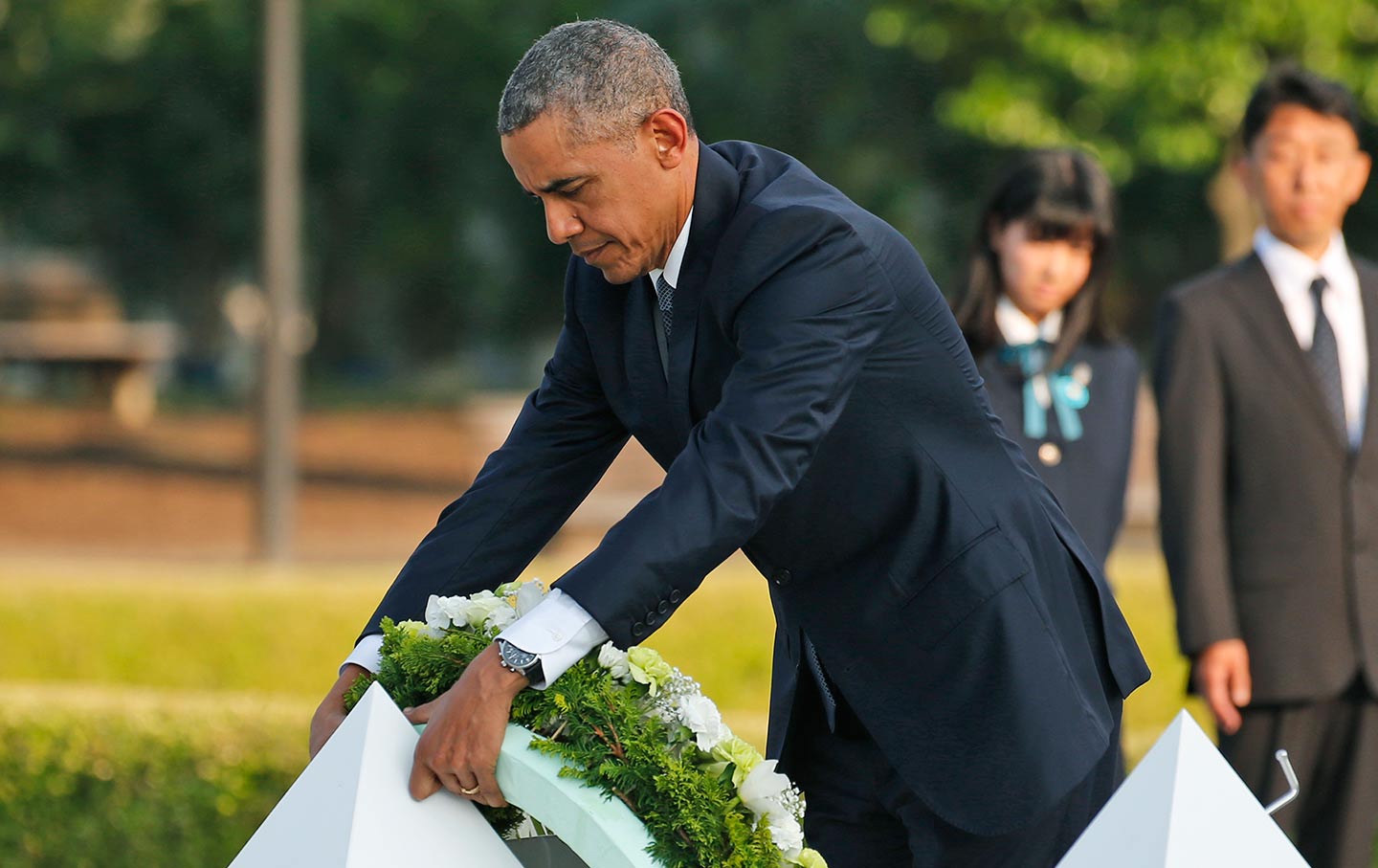 We members of Mayors for Peace, an international organization of cities dedicated to eliminating nuclear weapons, are keenly aware that these devices were designed to wipe cities off the map. As the mayor of Des Moines, I can expect that my city is an unlikely target, but the same cannot be said for many of my counterparts. Cities around the world are utterly unprepared to respond to a catastrophe of that scale. Prevention is the only cure. Yet the presidential candidates have said little about how they would address the existential threat posed by nuclear weapons.

Motivated by growing concern about rising international tensions and a disquieting presidential campaign, the United States Conference of Mayors (USCM), at its recent annual meeting in Indianapolis, unanimously adopted a strong resolution put forward by members of Mayors for Peace, warning that “the nuclear-armed countries are edging ever closer to direct military confrontation in conflict zones around the world,” and calling on the next president of the United States “to pursue new diplomatic initiatives to lower tensions with Russia and China and to dramatically reduce U.S. and Russian nuclear stockpiles.”

The USCM is the nonpartisan association of American cities with populations over 30,000, and resolutions adopted at its annual meetings become official policy. The USCM has annually adopted resolutions introduced by Mayors for Peace since 2006. This resolution was cosponsored by 22 of my counterparts, including New York City Mayor Bill de Blasio and Washington, DC, Mayor Muriel Bowser. (See below for full list of sponsors.)

Cautioning that “more than 15,000 nuclear weapons, most orders of magnitude more powerful than the Hiroshima and Nagasaki bombs, 94% held by the United States and Russia, continue to pose an intolerable threat to cities and humanity,” and that “the largest NATO war games in decades, involving 14,000 U.S. troops, and activation of U.S. missile defenses in Eastern Europe are fueling growing tensions between nuclear-armed giants,” the USCM resolution “calls on the next President of the United States, in good faith, to participate in or initiate…multilateral negotiations for the elimination of nuclear weapons as required by the 1970 Nuclear Nonproliferation Treaty.”

The resolution commends President Obama for visiting Hiroshima and concluding negotiations with Iran, but notes that “the Obama Administration has laid the groundwork for the United States to spend one trillion dollars over the next three decades to maintain and modernize its nuclear bombs and warheads, production facilities, delivery systems, and command and control,” and that “federal funds are desperately needed in our communities to build affordable housing, create jobs with livable wages, improve public transit, and develop sustainable energy sources.”

The USCM resolution “calls on the next President and Congress of the United States to reduce nuclear weapons spending to the minimum necessary to assure the safety and security of the existing weapons as they await disablement and dismantlement, and to redirect those funds to address the urgent needs of cities and rebuild our nation’s crumbling infrastructure.”

The USCM resolution also commends Mayor Denise Simmons and the City Council of Cambridge, Massachusetts, “for demonstrating bold leadership at the municipal level by unanimously deciding on April 2, 2016, to divest their one-billion-dollar city pension fund from all companies involved in production of nuclear weapons systems and in entities investing in such companies.”

Mayors for Peace, founded in 1982 and led by the Mayors of Hiroshima and Nagasaki, aims through its 2020 Vision Campaign to achieve the global elimination of nuclear weapons by 2020. Mayors for Peace membership is growing rapidly; as of June 1, the organization includes 7,063 cities in 161 countries and regions including 207 US members, representing in total some one billion people—one-seventh of the world’s population.

One common challenge we face is that many countries continue to maintain that their national security depends on nuclear deterrence. Yet nuclear deterrence is based on mutual distrust and attempts to maintain peace through the threat of indiscriminate mass killings. Such a system cannot be sustainable. We must also note that nuclear weapons cannot offer any effective solutions to the global security challenges of the 21st century. They also consume budgetary and technological resources needed for economic development, including the welfare of the world’s cities.

Mayors are primarily responsible for public safety. When it comes to nuclear weapons, the next president should listen to America’s mayors and let us help set sensible priorities with the aspiration that our collaboration puts the hopes, dreams and possibilities of future generations ahead of war. Let peace be the stage for our future!

The full text of the resolution can be read here.