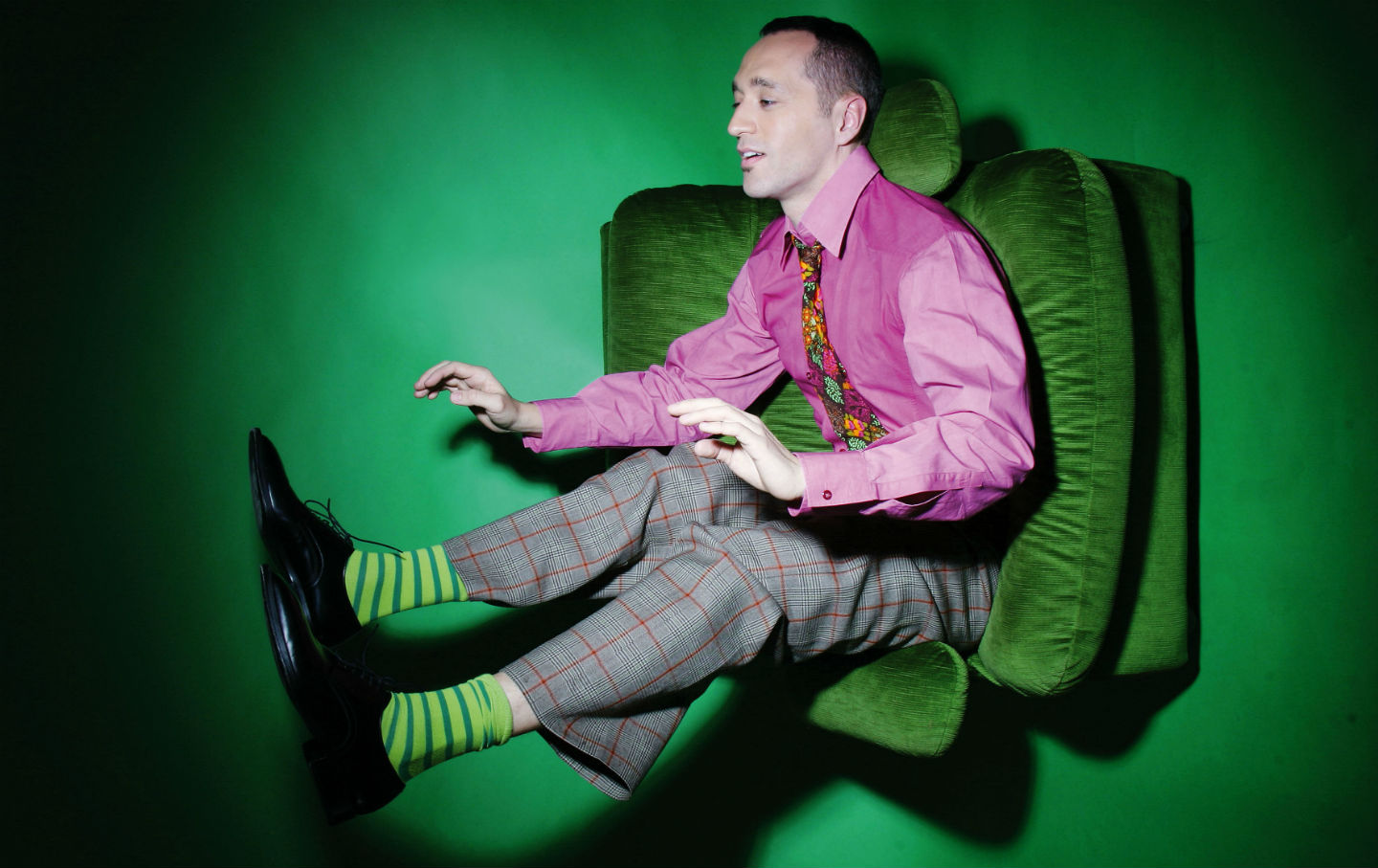 Among the wildly original yet scientifically grounded inventions of the new Pixar film Inside Out is a fictive area of the human brain called Goofball Island. It’s the place where young minds develop through acts of free, creative silliness—making crazy sounds with the teeth, or banging on objects to see what happens. As the film makes clear, the doing of things that seem like mere goofiness can have serious value. I saw proof of this outside the multiplex last week, in a series of deliriously free-spirited but seriously ambitious concerts at the Stone, the not-for-profit performance space on Manhattan’s Lower East Side.

Curated by John Zorn, the composer and impresario/swami of New York’s loosely jazz-oriented experimental music scene, the Stone has been providing weeklong residencies to musicians whose work may be a tad too unorthodox for the city’s more economically conscious jazz clubs, such as Birdland, the Village Vanguard, and the Jazz Standard. Over the past several months, the Stone has presented residencies by such iconoclasts as the accordionist Guy Klucevsek, the pianist Sylvie Courvoisier, the multi-instrumentalist Otomo Yoshihide, and the guitarist and violist John King. Last week, the vocalist Theo Bleckmann appeared there, and I was fortunate to catch two shows on separate evenings.

Bleckmann, a German-born musician who has lived in New York City since 1989, is in his late 40s but boyish, with an oversize head and wide, bright eyes; he looks and sounds like David Byrne’s more stylish and more musically adventurous brother. I’ve seen him perform four or five times over the past decade or so, and I’ve never heard him do a piece of music the same way twice. Always creative and disciplined, Bleckmann has gotten better and better over the years—freer, more emotionally expressive, and more at home in the strange aesthetic space he has made for himself.

Bleckmann uses the world’s oldest musical instrument—the human voice—in new ways. In addition to conventional vocal tones, he can produce a midway bazaar of unconventional effects, employing his voice like a synthesizer: Wee-roo, wee-roo, fitta-fitta. Faaaaah!!! That’s a fair approximation of the spelling, but it does no justice to the actual sounds and their effect onstage, under Bleckmann’s control. He is not just goofing around; rather, he’s being wittily expressive with his instrument, in a way closely related to the playful experimentation of Albert Ayler or Ornette Coleman.

Bleckmann can sing just as expressively, with disarming simplicity and restraint. His voice is a reedy light baritone/near-tenor with uncommon flexibility in the upper range. If he wanted, he could be an effective crooner and perhaps even sell out Birdland, as Kurt Elling does. In fact, Bleckmann recorded a superb album of Tin Pan Alley standards, Las Vegas Rhapsody, which was released only in Europe. But he’s more interested in doing material that most jazz singers pass over, like the songs of Charles Ives, Kurt Weill, or Kate Bush (which he performed movingly at the Stone in June). He is drawn to music that is technically demanding and intellectually stimulating but elementally human.

With Bush’s songs, Bleckmann showed how deftly he can use techniques that might, in lesser hands, seem like empty gimmickry. On “Hello Earth,” a song from the mid-’80s that he used for the title of his 2011 album of Bush’s music, Bleckmann conjured an atmosphere of otherworldliness with his voice, entwined with synth sounds that he generated from a couple of effects boxes onstage at the Stone, to persuasively evoke a feeling of floating through space. Performing “Cloudbusting,” Bush’s 1984 song about Peter Reich and his bittersweet memories of his father, the Austrian analyst Wilhelm Reich, Bleckmann murmured “How?” four times in rhythm and captured the words with a digital processor. Pressing a few buttons, he played the pattern back in a loop and then sang Bush’s mournful lyrics over his own voice (“Every time it rains, you’re here in my head”). Bleckmann’s insistent How? How? How? How? propelled the music at the same time that it added a new layer of thought to the words.