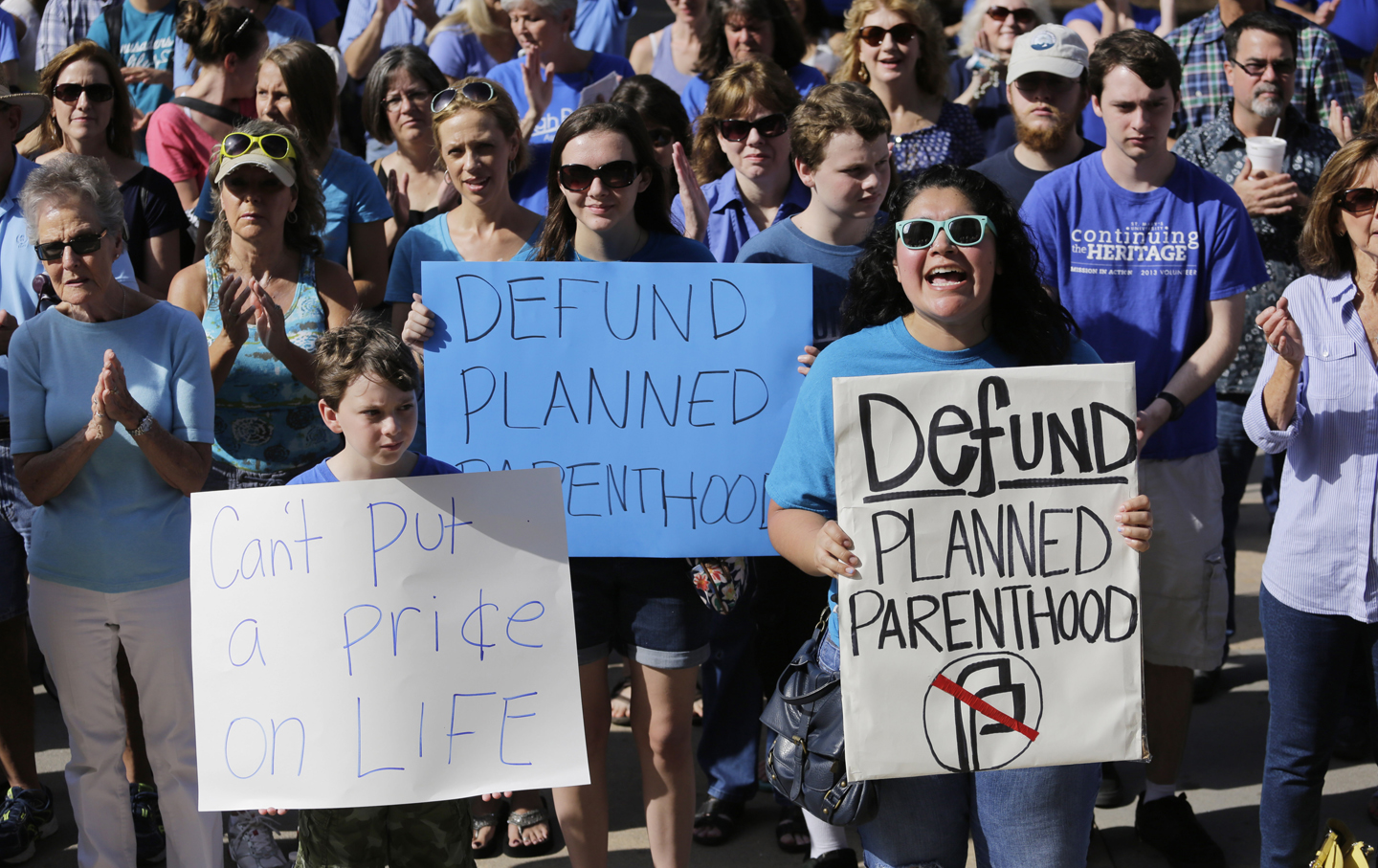 Anti-abortion activists rally on the steps of the Texas Capitol on July 28, 2015, in Austin. (AP Photo / Eric Gay)

For a likely future speaker of the House, majority leader Kevin McCarthy (R-CA) isn’t much of a speaker. “Everybody thought Hillary Clinton was unbeatable, right?” he boasted to Sean Hannity on Fox News last week. “But we put together a Benghazi special committee, a select committee. What are her numbers today? Her numbers are dropping. Why? Because she’s untrustable. But no one would have known any of that had happened had we not fought.”

Forget McCarthy’s use of the word “untrustable,” a term I trust you will not find in the Oxford English Dictionary. McCarthy’s real sin, as far as even Republicans are concerned, was that he accidentally told the truth. For years, the GOP has laughably pretended that the House Select Committee on Benghazi—which last week surpassed the Watergate committee as the longest special congressional investigation—was a sober-minded inquiry into the deaths of four Americans in Libya. Then the man likely to be third in line to the presidency admitted, on national television no less, that it was all just another partisan witch hunt. To quote another tongue-tied Republican: “Oops.”

Republicans haven’t done this much hand-wringing since Donald Trump rode his escalator into the presidential race. But McCarthy’s “gaffe” hasn’t put the brakes on the GOP’s cynical strategy. In fact, they plan to replicate it.