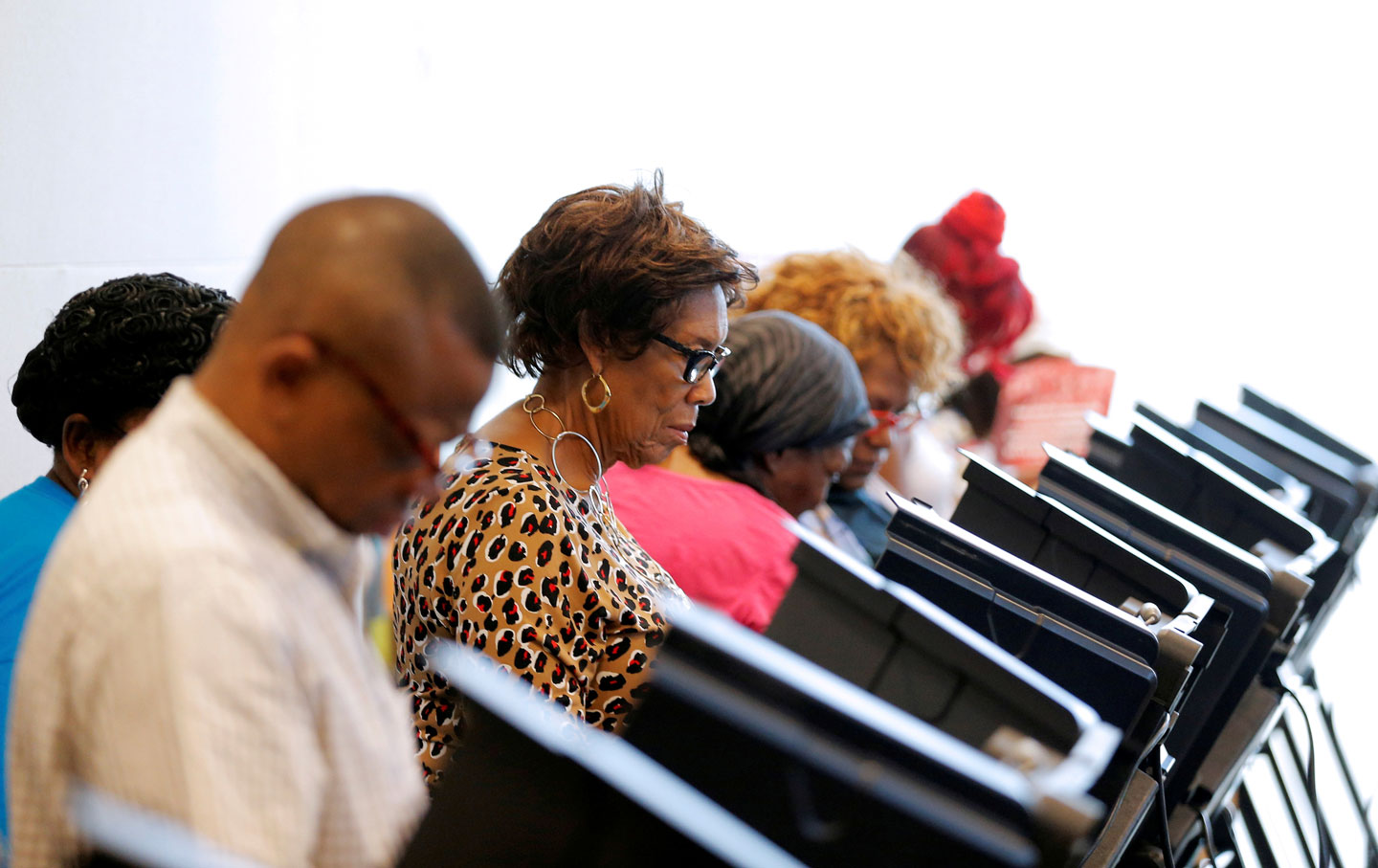 On June 25, 2013, the Supreme Court struck down the heart of the Voting Rights Act, ruling that states with the longest histories of voting discrimination no longer had to approve their voting changes with the federal government. A month after that decision, North Carolina—where 40 counties were previously subject to that requirement—passed the country’s most sweeping voting restrictions.

The state required strict voter ID to cast a ballot, cut a week of early voting, and eliminated same-day voter registration, out-of-precinct voting, and preregistration for 16 and 17-year-olds. On July 29, 2016, the US Court of Appeals for the Fourth Circuit invalidated these restrictions, which it said targeted African Americans “with almost surgical precision” in violation of the Voting Rights Act and 14th Amendment.

Despite this important legal victory, North Carolina remains a cautionary tale for how low Republicans will stoop to suppress the vote.

Then, after Democrat Roy Cooper was elected governor, one of the first things the GOP-controlled legislature did, in a lame-duck legislative coup, was take away the governor’s power to control a majority on the state’s election boards—the very election boards that cut early voting in Democratic areas. This is the same GOP legislature that has been found guilty of rampant racial gerrymandering and will have to hold a special election to redraw many of its seats.

Beyond North Carolina, attacks on voting rights are going to get worse because of the establishment of President Trump’s “election integrity” commission and a new conservative majority on the Supreme Court. Republicans lost a major battle in North Carolina, but they won’t stop fighting a longer war against democracy.