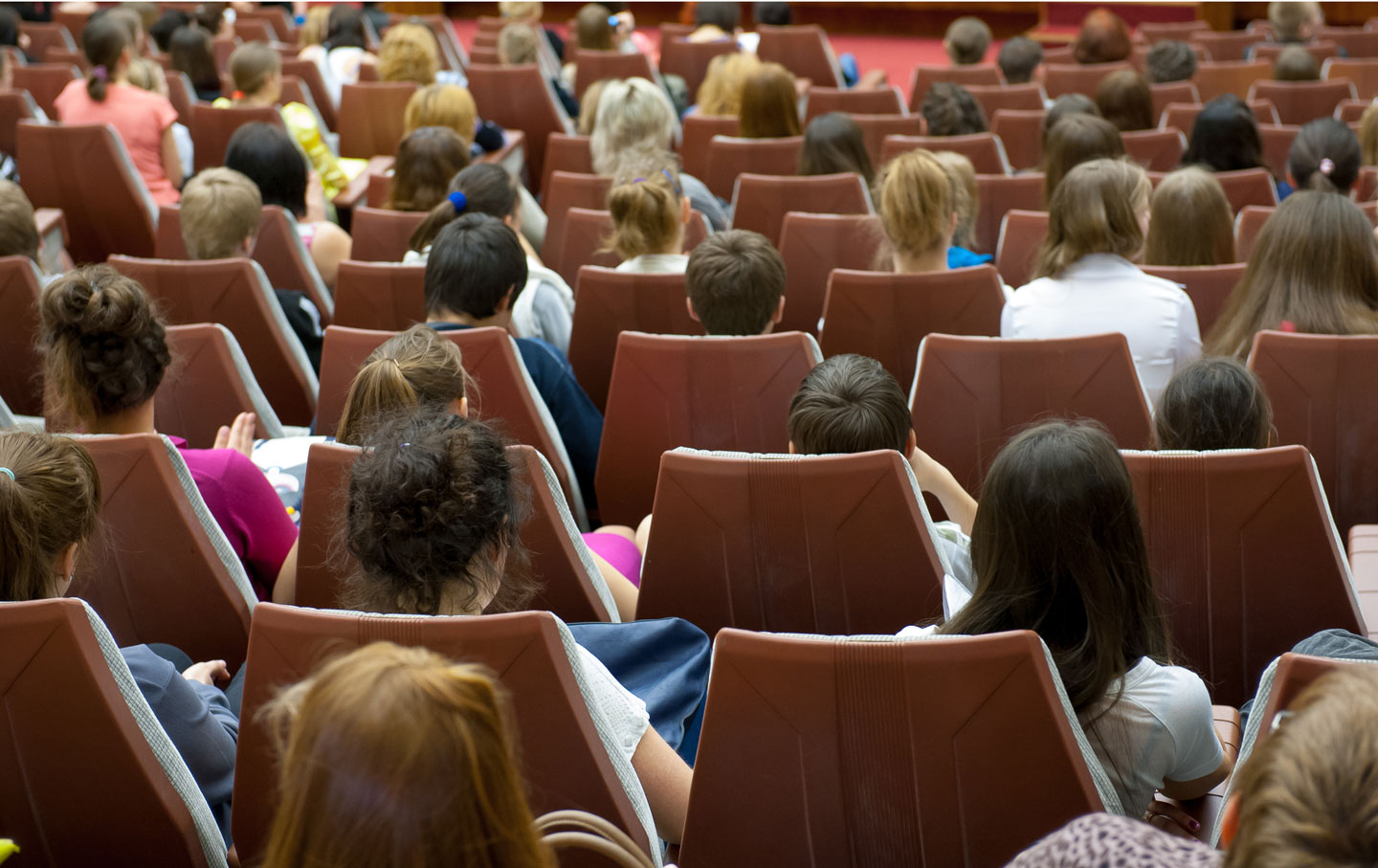 One afternoon many years ago when I was in college, I got stoned before a film class and stumbled late into the darkened lecture hall without looking at the syllabus. On screen, I was somewhat disconcerted to discover, was hardcore Japanese bondage porn. I don’t really remember the pedagogical purpose of the film, but I do recall being uncomfortable, and being deeply ashamed of my discomfort. Back then, I longed to be worldly and unflappable, and would never have admitted to anyone that I was anything besides wholly conversant with the full panoply of international erotica. After class, I hurried out with my head down, not wanting to look anyone in the eye.

Had that happened in 2015, I might have considered myself triggered, expected a warning, and felt entitled to complain.

I thought of this yesterday reading Emily Bazelon’s New York Times Magazine piece, “The Return of the Sex Wars.” It framed the current debate over campus sexual culture as the reemergence of a fierce feminist battle from the 1980s, waged between so-called “dominance feminists,” who tended to see heterosexual sex in terms of power and coercion, and pro-sex feminists, sexual libertarians who celebrated erotic freedom. The most well-known and influential of the dominance feminists—though she doesn’t like the term—is Catherine MacKinnon. Bazelon describes her position this way: “Women lived in a state of subordination, Mac­Kinnon argued, with pornography, sexual harassment, prostitution, child sexual abuse, domestic violence and rape as core elements in male domination.”

Bazelon sees today’s campus anti-rape activists as MacKinnon’s heirs. “Like MacKinnon, student activists see the law as a tool of resistance against oppression, usually though not exclusively perpetrated by men,” she writes. It’s too simple, however, to say that MacKinnon’s ideology has been resurrected. Instead, what we see now is a strange synthesis between the two camps in the 1980s sex wars. Young feminists appear to be trying to combine the intense legal regulation of sexuality favored by MacKinnon with a liberationism that is wholly foreign to her.

Hills, who conducted hundreds of interviews for her book, hits on something important—for a lot of people, the contemporary sexual regime celebrating pleasure above all else isn’t that much fun. This doesn’t mean that all young women want love and romance instead of casual sex. But some number of young women, like some number of young men, are going to be reserved and inclined, if not towards monogamy, than towards sex with people who treat them kindly. In elite circles, that appears to be something they don’t feel like they can admit to.

This is heartbreaking, but also telling. Hills writes that Cara believes “she is less sexually available than most men her age expect or desire from a relationship.” It is only by resorting to identity politics—generally part of the same ideological constellation as trigger warning-style feminism—that this becomes, in her mind, OK. (Eventually she realizes she’s not asexual after all, and by the end of the book she’s living with a sensitive, caring man.)

Idolizing sexual liberation is probably better than idolizing chastity; for one thing, people who fall short aren’t violently punished. But young women like Cara aren’t so much liberated as they are in thrall to Cool Girl feminism, to borrow a term from the famous rant in Gillian Flynn’s Gone Girl: “Being the Cool Girl means I am a hot, brilliant, funny woman who adores football, poker, dirty jokes, and burping, who plays video games, drinks cheap beer, loves threesomes and anal sex, and jams hot dogs and hamburgers into her mouth like she’s hosting the world’s biggest culinary gang bang while somehow maintaining a size 2, because Cool Girls are above all hot.” Trying to approximate the Cool Girl was an alienating experience when I was in college, and it seems it is now as well.

One socially acceptable way in which women can talk about sexual discomfort, however, is to use the language of violence and trauma. Thus both terms are expanding. Rape becomes not just force but also cruelty and indifference; the affirmative-consent standard means a man is guilty if he has sex with a sober person who simply lies there unresponsive. By calling language “triggering” and describing it as a form of violence—a rhetorical move that MacKinnon perfected in her work against pornography—women can insist on being treated with a level of sensitivity they do not otherwise feel entitled to.

MacKinnon’s legal theories have become a way to take on the dominant sexual culture without challenging it directly. If she’s relevant now, it is a result of how thoroughly she was vanished decades ago.