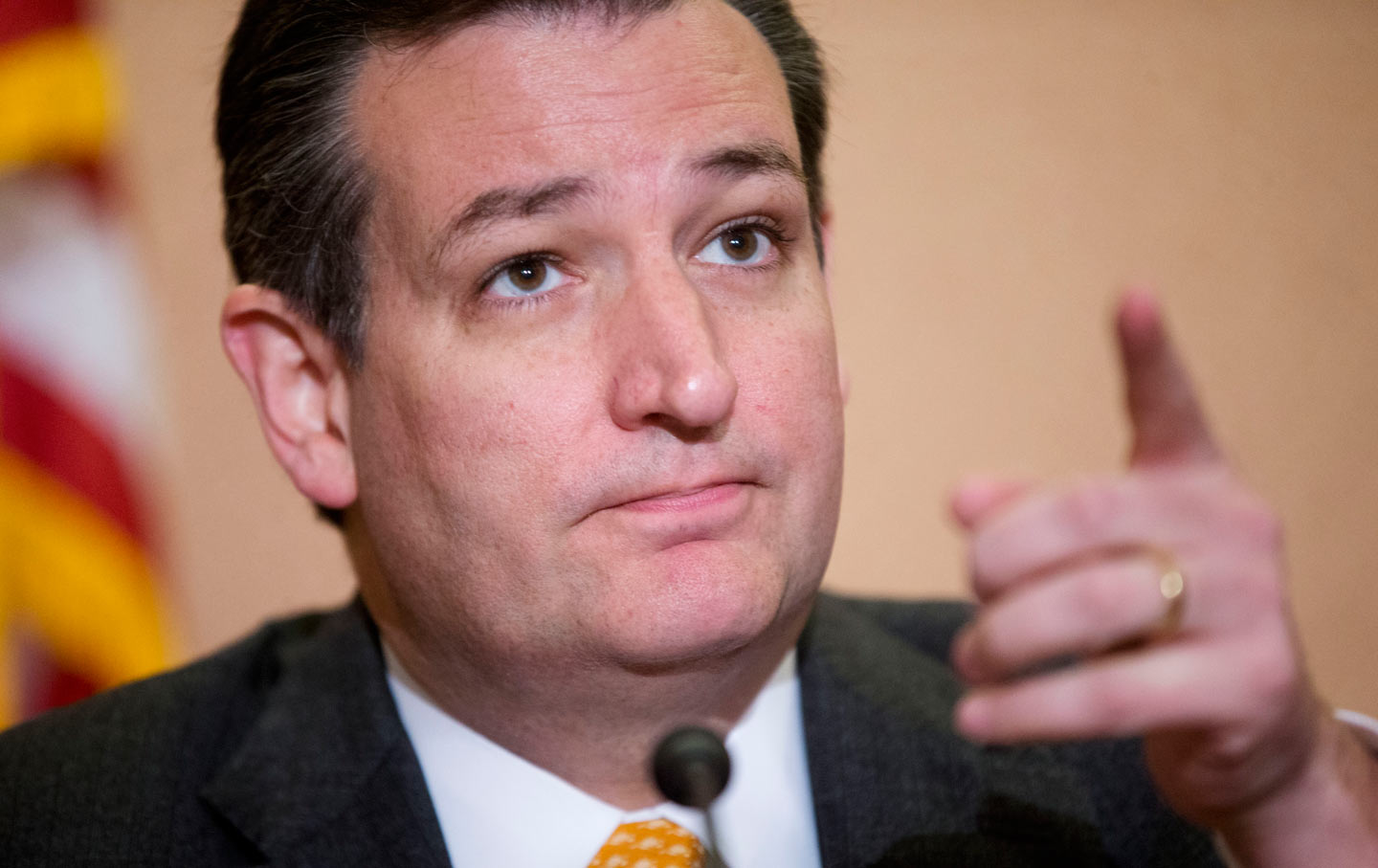 On Tuesday afternoon, Republican presidential candidate Ted Cruz will lead what is sure to be a sober and informative hearing on climate change, titled, “Data or Dogma? Promoting Open Inquiry in the Debate over the Magnitude of Human Impact on Earth’s Climate.” Four of the five witnesses set to appear are prominent climate-change skeptics. Three are academics, a designation that should indicate some degree of insulation from political or corporate influence. But according to a new report from Greenpeace, at least one of those expert witnesses is available for hire by the fossil -fuel industry.

That witness is a Princeton physics professor emeritus named William Happer. Happer, by his own admission, is “not a climatologist,” but that hasn’t stopped him from arguing publicly that increased levels of carbon dioxide will benefit the planet. Happer worked in the Department of Energy under George W. Bush, served on the board of the Exxon-funded George C. Marshall Institute, and is affiliated with a brand-new group called the CO2 Coalition, whose tagline is, “Carbon dioxide, a nutrient vital for life.” Although the average concentration of carbon dioxide in the atmosphere is at a record high, Happer recently claimed that “We are in a CO2 famine.” He’s been particularly supportive of coal: Early this month at a summit of climate-change deniers in Texas he said, “If plants could vote, they would vote for coal.”

“Here you have an academic willing to use his name and the Princeton name to support the fossil fuel agenda.”

Perhaps that has something to do with the work he’s done for Peabody Energy, the country’s largest coal producer. According to e-mails Happer sent to investigators at Greenpeace, who were posing as representatives of an unnamed Middle Eastern oil company, Peabody paid him $8,000 to testify at a regulatory hearing in Minnesota in August, which he donated to the CO2 Coalition. (His affiliation with Peabody was disclosed on the hearing schedule.) Happer agreed to write for the supposed oil-company reps a research paper making the case for the benefits of carbon dioxide, for $250 an hour, again to be donated to the CO2 Coalition. “I don’t think there would be any problem stating that ‘The author received no financial compensation for this essay,’” Happer replied, when asked if the financial arrangement could be kept a secret.

“It’s a great example of how the public debate of climate change has been corrupted by the fossil-fuel industry,” said Jesse Coleman, a Greenpeace researcher. “Here you have an academic, from a well-known and prestigious university, Princeton, willing to use his name and the Princeton name to support the fossil-fuel agenda.” (Happer did not respond to a request for comment.)

The e-mails also reveal how a dark-money group called Donors Trust, which has given more than $125 million to climate change–denial groups in the past three years, can be used as an intermediary to secretly route money from fossil-fuel corporations to other such groups—something long suspected, but hard to prove, since the group is not required to disclose its donors. After being contacted by the Greenpeace investigators, Happer wrote a former Exxon lobbyist and CO2 Coalition board member named William O’Keefe, explaining, “I am trying get [sic] another mysterious client to donate funds to the CO2 Coalition instead of compensating me for my writing something for them.” O’Keefe directed the investigators to Donors Trust, writing that “he/she can make a donation through that and have complete confidentiality.” A representative of the trust said that it would accept money from a foreign corporation, so long as the cash came from a US bank account.

Greenpeace’s investigation follows a report on another prominent academic and climate skeptic, Wei-Hock Soon, a scientist at the Harvard-Smithsonian Center for Astrophysics. According to documents obtained by Greenpeace, Soon accepted more than $1.2 million from fossil-fuel interests for “deliverables,” such as academic papers that, in most cases, failed to mention his corporate sponsors. The Smithsonian said earlier this year that it is “reviewing the matter.”