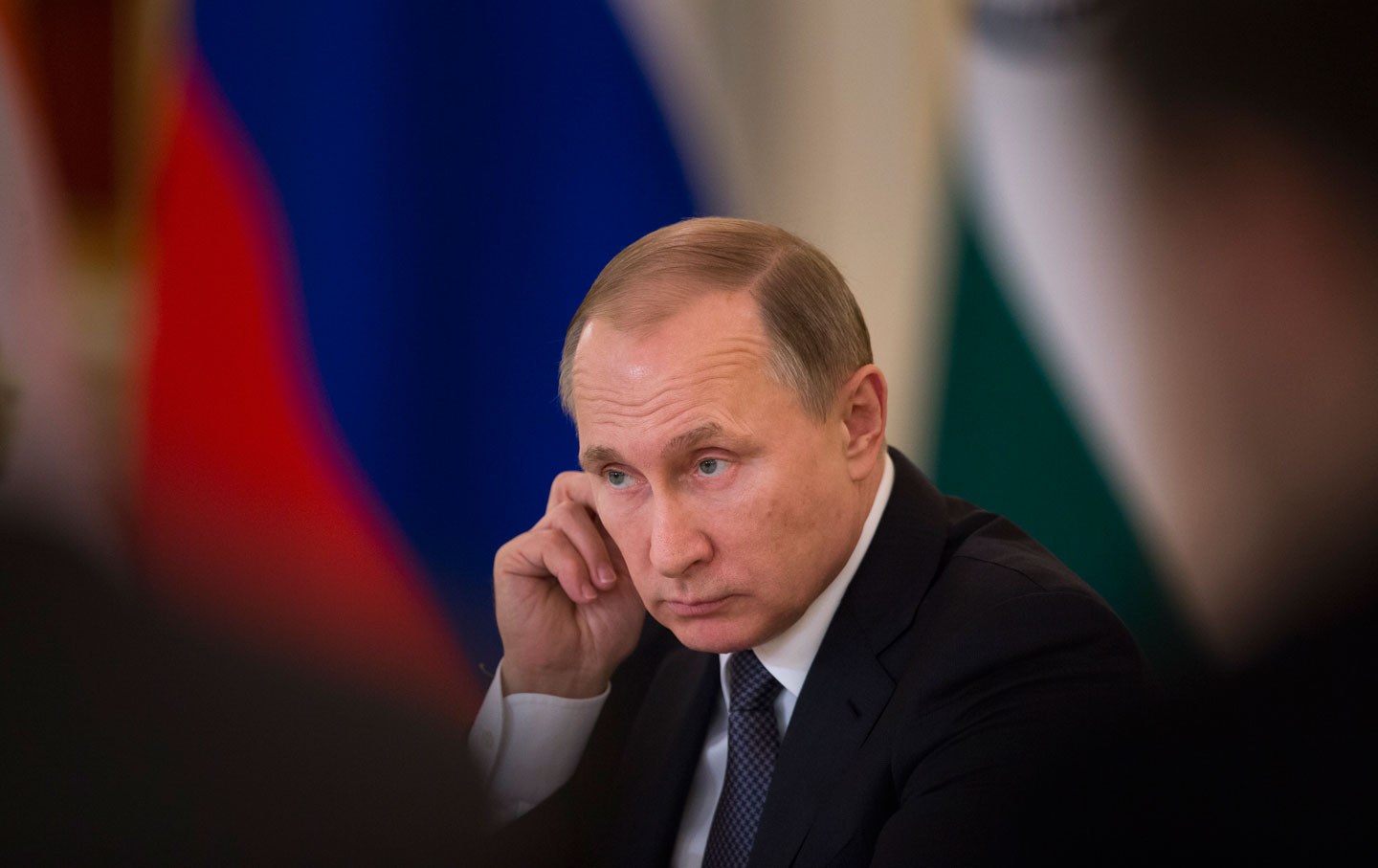 Vladimir Putin’s surprise announcement on Monday that Russia would be withdrawing the “main part” of its “military factions from the Syrian Arab Republic” took nearly everyone by surprise. The Russian Ministry of Defense wasted little time in implementing Putin’s order; the ministry reported that by Tuesday morning it had already begun withdrawing fighter jets and personnel from Syria’s Hmeymim air base.

In the immediate aftermath of Putin’s announcement, media speculation tended to focus on trying to discern his motives for the sudden move. Was it that Russia, under severe economic pressure as a result of Western sanctions, was beginning to feel the pinch from a military operation that, by some estimates, cost $4 million a day?

Some believe that the timing of the announcement had a lot to do with the current round of Syria peace talks that just resumed in Geneva. Some analysts have noted that in the weeks leading up to the talks, the representatives of President Bashar al-Assad’s government were beginning to deviate from Moscow’s playbook in taking a harder line against the opposition. The New York Times noted that the most recent instance of Syrian-Russian dissonance occurred on Saturday, when “Foreign Minister Walid al Moallem of Syria declared that Assad’s rule was a ‘red line’ and that there would be no discussion of presidential elections.”

As German Foreign Minister Frank-Walter Steinmeier points out, now that Putin has gone ahead and withdrawn Russia’s overwhelming military support, Assad is under new and unexpected pressure to reach a compromise. Per Steinmeier: “If a Russian troop withdrawal materializes, it would put President Assad under pressure to finally seriously negotiate a peaceful political transition in Geneva that would ensure the continuation of a Syrian state.”

And it is indeed likely that these issues played a role in Putin’s thinking. Though maybe the announcement shouldn’t have been as much of a surprise as it was, given the limited parameters Putin prescribed for the operation when it began last October. Just after the campaign began he said, “Our goal is…the stabilization of the lawful authorities and to create conditions for the search of political compromise.” He went on to speculate: ”If the Syrian Army demonstrates its vitality…the readiness to fight against terrorism…then the possibilities to reach a political compromise will be higher.”

That seems to be exactly what has happened in the ensuing months, though it must be noted that the goal was not achieved without significant costs to the many hundreds of thousands of civilians who were unfortunate enough to get caught up in the operation. According to the UN Special Envoy for Syria, Staffan de Mistura, over the past year an estimated 900 children were killed in the Syrian conflict.

Nevertheless, what Russia achieved in conjunction with the Kurds in the north and Assad’s army attacking rebel and ISIS strongholds from the west is indeed significant. As was pointed out at the Kremlin on Monday by Russian Defense Minister Sergei Shoigu: “Backed by our aviation, Syrian forces have freed 400 populated areas and over 10,000 square kilometers of territories.” Shoigu continued, “As a result of airstrikes, terrorists’ resources’ provision has been largely cut.” While time will tell if that remains the case, it seems unarguable at this point that Putin’s goals, both stated (stabilizing Assad’s regime) and unstated (preventing the West, and in particular the United States, from conducting yet another disastrous regime-change experiment in Russia’s backyard), have been met.

No matter what exactly played into Putin’s calculations, in the end Washington would be wise to take a cue from its current enemy du jour. As the Institute for Policy Studies’ Phyllis Bennis quite correctly points out, “Washington should follow Russia’s lead and pressure its own proxy forces to shift towards diplomacy. The withdrawal of US troops, Special Forces, drones, and warplanes from Syria, paralleling the Russian move, would be an important first step.” Barring the unlikely event that Washington actually demands something of its purported “allies,” now would be a very good time for the House to take up Representative Tulsi Gabbard’s bill (HR 4108), which would end the secret and counterproductive CIA operations in Syria once and for all.

We may not like the “operative in the Kremlin” very much, but that doesn’t mean we can’t learn from him now and again.