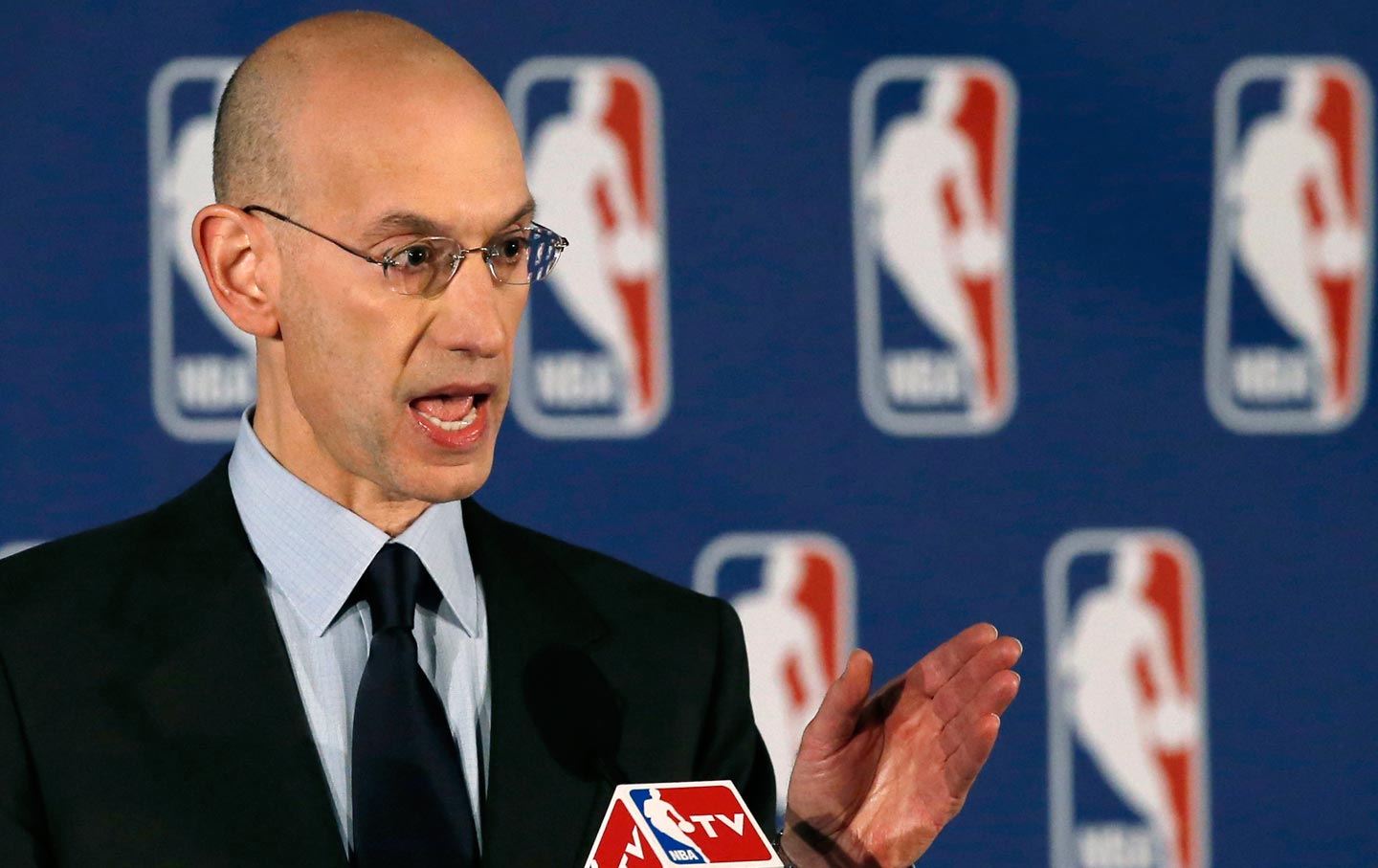 I have mixed feelings, because I’m enormously proud that the first openly gay player is playing in the NBA. On the other hand, this is so long overdue that I don’t think this should necessarily be on the list of the greatest accomplishments of the NBA. This is an area where no one in sports should be too proud. Sports has led society in so many critical areas.… this is one where we fell behind.

Given how often professional sports breaks its own arm patting itself on the back for being an engine of social progress, Silver’s words were very welcome. Now he has a chance to actually lead—and he needs to do it as soon as possible.

The 2017 NBA All-Star Game is due to be held in Charlotte, North Carolina. Silver should announce as soon as possible that this game needs to be moved unless the state legislature overturns its new law set to go in effect April 1 “blocking local governments from passing anti-discrimination rules to grant protections to gay and transgender people.”

The law was passed as a direct response to the City of Charlotte for passing an ordinance to protect gay, lesbian, bisexual, and transgender people from being discriminated against by businesses. Outrageously, the North Carolina legislature scheduled an extraordinary special session—the first time they have done so in 35 years—to annul the Charlotte ordinance before it went into effect. It’s remarkable how quickly lawmakers leap to actually do their jobs when the work involves stripping people of their rights. It is also stunning how all of the Dixie paeans to local control and states’ rights go out the window when it comes to issues such as these.

The law also bans students from using restrooms that correlate with their gender identity if it is not what is listed on their birth certificate. “Legislators have gone out of their way to stigmatize and marginalize transgender North Carolinians by pushing ugly and fundamentally untrue stereotypes that are based on fear and ignorance and not supported by the experiences of more than 200 cities with these protections,” Sarah Preston, acting executive director of the American Civil Liberties Union of North Carolina, said in a statement.

This law empowers businesses across the state to put signs in their windows saying that they reserve the right to deny service to anyone whom they perceive to be part of the LGBT community. Think about that for a second: The law empowers right-wing small-business owners to legally discriminate based on their own “gaydar.”

Under the shadow of this legislation, the NBA really only has one recourse: It needs to move the 2017 All-Star Game and show the world that it is not going to “fall behind” on what is a very elemental issue of human rights and dignity. The NBA Players Association, led by the estimable Michele Roberts, should also call for Adam Silver to take this step.

When the All-Star game was awarded to Charlotte, Mayor Dan Clodfelter, standing next to Governor McCrory, said, “This is an incredible opportunity to showcase Charlotte internationally as a city that excels as host to a variety of large-scale sports, entertainment, and arts events.” Instead, unless the All Star-Game is moved, it will showcase Charlotte as a center of bigotry imposed tyrannically by the state capitol in Raleigh.

It is worth remembering another comment from Commissioner Silver when Jason Collins made history. Speaking to Bleacher Report, he said, “I think we all have to be a little cautious about congratulating ourselves, because it’s also long overdue.” Also “long overdue” is the NBA as a corporation actually taking a lead on LGBT issues and not waiting for its players and employees to take all the risks while they reap the PR rewards.

UPDATE: Upon an even deeper dive into the North Carolina legislation, it is worse—and far more extensive—than I described.

UPDATE, 3/25/16: The NBA has issued the following statement on the North Carolina legislation:

The NBA is dedicated to creating an inclusive environment for all who attend our games and events.  We are deeply concerned that this discriminatory law runs counter to our guiding principles of equality and mutual respect and do not yet know what impact it will have on our ability to successfully host the 2017 All-Star Game in Charlotte.