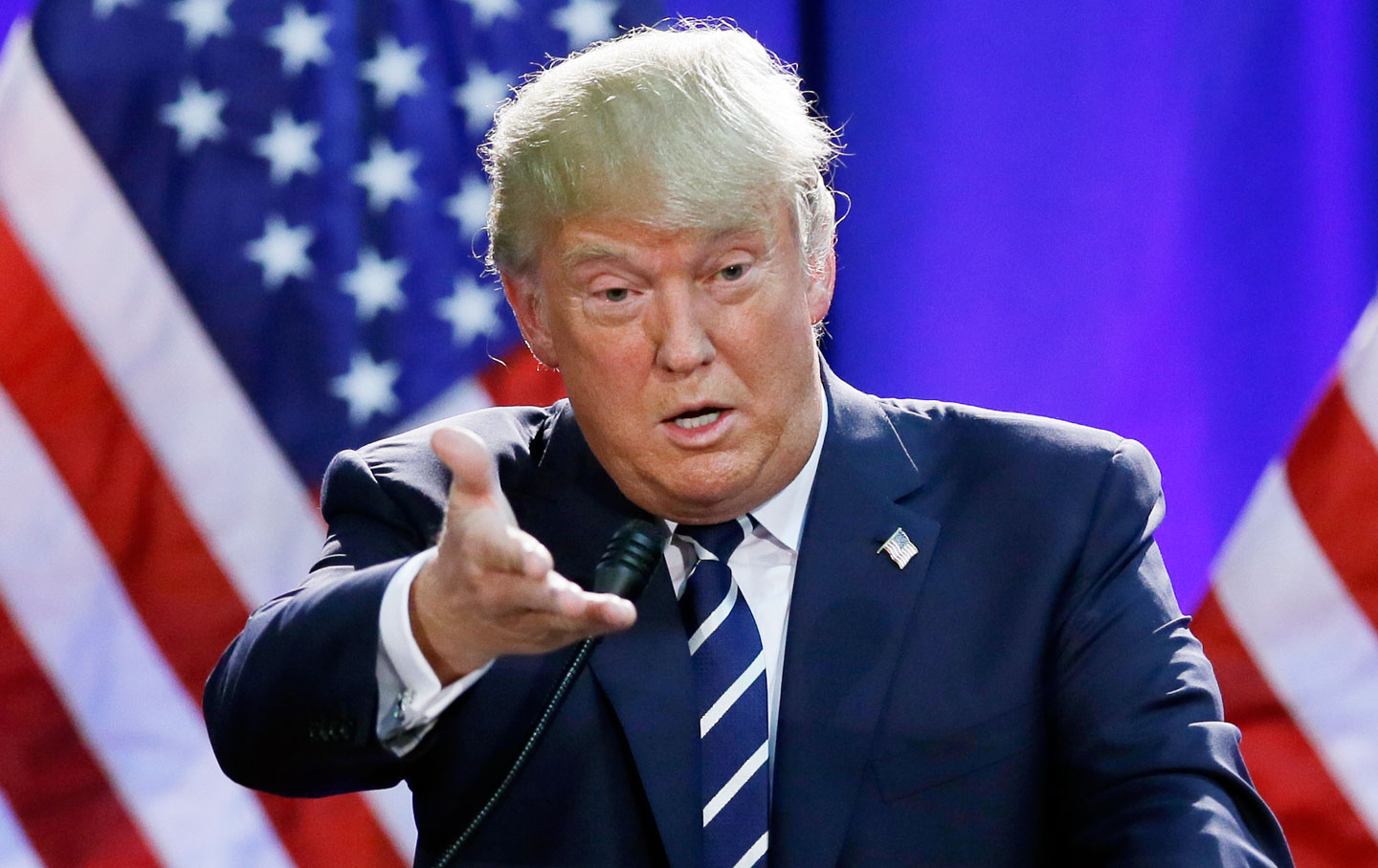 Donald Trump has signaled the direction of his general-election presidential campaign, and it’s straight down the sewer. The question is whether the media will follow him there.

In the last 24 hours, we’ve seen Trump drop an online ad accusing Bill Clinton of being a rapist, as Hillary Clinton cackles in the background. Last night, the presumptive GOP nominee revived the ugly and utterly debunked right-wing conspiracy theory that the Clintons killed their friend Vince Foster, who committed suicide in 1994.

Meanwhile, Trump’s buddy, dirty trickster Roger Stone, says he’s coordinating a campaign by Clinton’s accusers to trash the former president and accuse his wife of abetting their mistreatment. In February, Media Matters has discovered, Stone disclosed that Trump contributed to a fund for Clinton accuser Kathleen Willey—featured in the video ad—“so she can hit the road and start speaking out on Hillary.” Willey’s voice is featured in the online ad Trump released Monday.

Promoting a fund to save Willey from foreclosure on her home, Stone told Alex Jones, “Trump is himself a contributor—I’m not ready to disclose what he has given.”

Since Stone is a professional liar, we should probably be careful about taking everything he says at face value. But it’s already true that the Trump campaign is relying on reviving mostly debunked charges against Bill Clinton from the 1990s to bring down his wife in 2016.

There’s so much wrong with this scenario, starting with the misogyny that inspires the belief that the first female presidential nominee ought to both shamed by and held responsible for her husband’s real and fabricated misbehavior. Then there’s the problem that only one of the two likely nominees has been accused of rape—and that’s Trump himself, by his ex-wife Ivana in a sworn deposition during their ugly divorce (she later recanted the charge of rape, but did not deny the story that her husband brutally forced himself on her during a fight, which is, in fact, rape.) By the way, what is stopping interviewers, when Trump makes unfounded rape charges against Bill Clinton, from pointing out that fact?

Every day on cable news and elsewhere, I watch bewildered anchors, pundits, and reporters announce that Trump is going to continue to campaign on Bill Clinton’s real and fabricated misdeeds, as though they are confronting a force of nature, Hurricane Don, that they are powerless to stop. But there is plenty they can do. When he raises these charges, they can also remind him that the indefatigable “independent counsel” Kenneth Starr investigated the rape charges then and found no evidence to prosecute Clinton. I mean, really: Should the Sunday shows cover Trump’s Vince Foster lie as though there are “two sides”?

We’re told that Trump plans to throw these charges directly at Clinton’s face in the debates—again, as though moderators are powerless to adjudicate the terms of conflict. I’m not saying they should censor him from the start, but if he goes ad hominem, they ought to rein him in.

Oddly enough, the Clintons recently got support from their old enemy Kenneth Starr, who lamented in a public forum that Clinton’s presidency has been overshadowed by what he called the “unpleasantness” of his investigation, and praised him for his post-presidency philanthropy.

“His genuine empathy for human beings is absolutely clear,” Starr said. “It is powerful, it is palpable and the folks of Arkansas really understood that about him—that he genuinely cared. The ‘I feel your pain’ is absolutely genuine.”

Trump seems to feel no pain, or shame. But journalists do, or should. Vince Foster killed himself because of a crippling depression made worse by the anti-Clinton witch hunts of the media, particularly Travelgate, which he particularly lamented because an aide got reprimanded (he had asked his boss to put the blame on him instead.) Starr exonerated the Clintons of the trumped-up Travelgate charges, but that was four years after Foster died. We should all remember that Foster’s suicide note blamed “Wall Street Journal editors who lie without consequence.”

I don’t believe the media “created” Trump or gave him “too much” coverage in the last year. He’s the political, social, and psychological story of our time. But they’ve given him too much uncritical coverage, and they’ve seemed flummoxed to deal with a man who lies without conscience and humiliates his political rivals—Liddle Marco, Lyin’ Ted, Crooked Hillary—with glee. Rather than playing the helpless victims of Trump’s repeated con jobs, they need to up their game to do their jobs in the next six months.