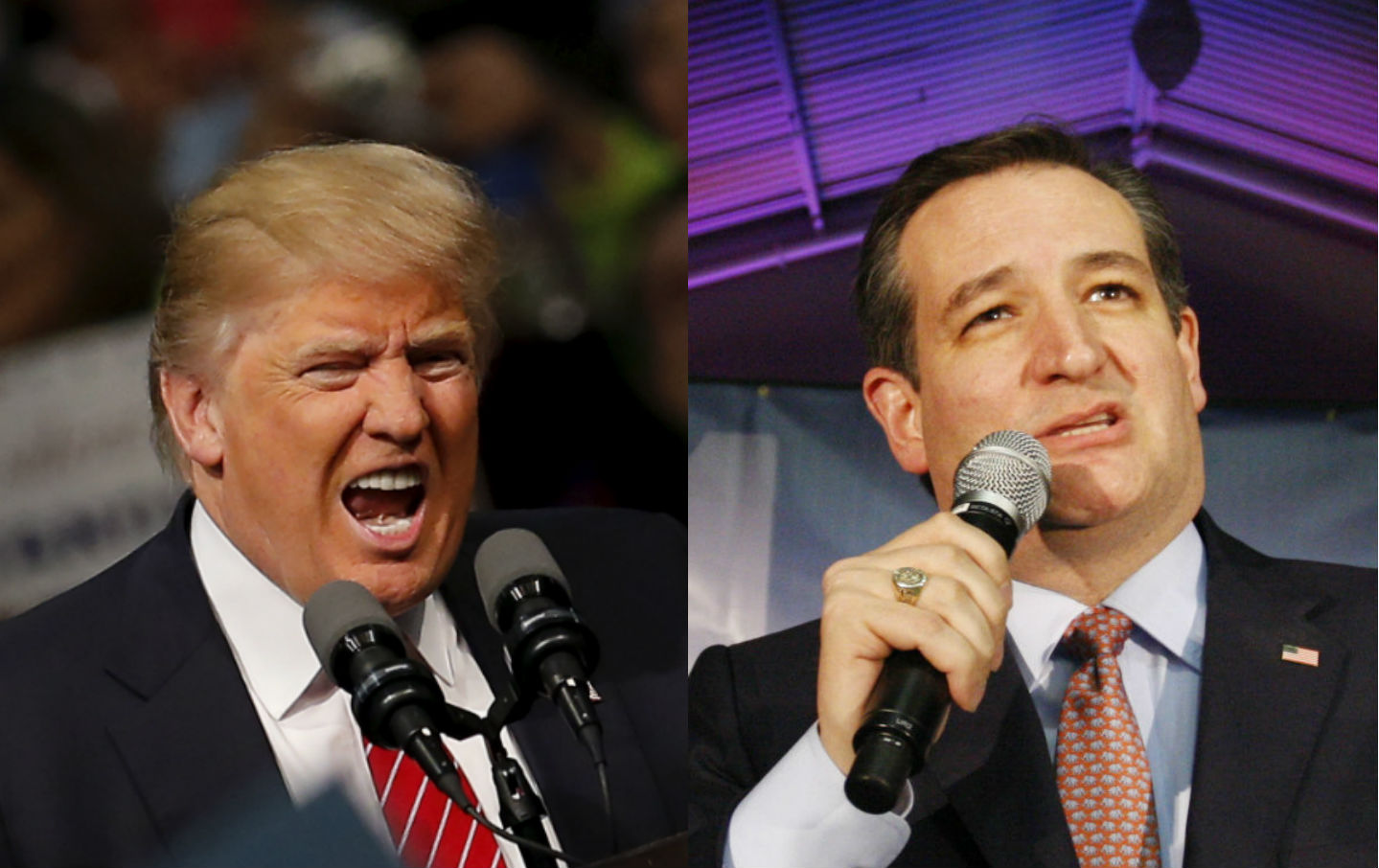 Every bit as extreme as Trump on the issues, equally combative and at least as ethically challenged, Cruz is Trump with an extra helping of meanness. So unappealing is the prospect of Cruz as the party’s nominee that there has long been a quiet consensus among Republican and Democratic strategists that the selection of the Texas senator as the party’s standard-bearer could lead to a Democratic landslide in the fall.

If Trump’s a bad dream, Cruz is a nightmare. As The Washington Post observed in January (when establishment Republicans in Iowa were scrambling to upend the senator as the front-runner in that state’s caucus competition): “There’s an opportunism to Trump’s positions, of course, just as there is to Cruz’s softened position on ethanol. But Trump’s pliability is obvious; Cruz’s isn’t. For lobbyists and senators and members of the Republican National Committee, pliability is important.”

Cruz is Trump with an extra helping of meanness.

Since January, the threat posed by Trump has become increasingly unsettling to GOP leaders—and the great mass of Americans. And recent days have seen an aggressive effort to block the billionaire.

But the last thing that the Republican establishment wanted to come from a week of maneuvering to manage the Trump surge that was so amply illustrated on “Super Tuesday” was a Cruz surge on “Super Saturday.”

The hope was that political careerist Marco Rubio, the Florida senator who has never shown any penchant for saying “no” to campaign donors or corporate lobbyists, would somehow gain traction.

Unfortunately for the GOP insiders who cannot seem to catch a break this election year, “Super Saturday” was super for Ted Cruz.

The Texan swept the Kansas and Maine caucuses Saturday, and came within 5 points of beating Trump in the Kentucky caucuses and the Louisiana primary. Though Trump claimed it was a huge night for him, Cruz won more delegates on “Super Saturday”—taking 62, to 49 for the billionaire.

And what of Rubio? He finished a weak third in Kansas, Kentucky, and Louisiana. And in Maine he was in fourth place, trailing behind the only serious (and thus most marginalized) candidate left in the Republican race: Ohio Governor John Kasich.

The nightmare scenario of a Trump-Cruz race is now looking more likely than ever.

If the Republican elites who stopped listening long ago to their better angels really want an answer to that question, of course, they need only look in the mirror.