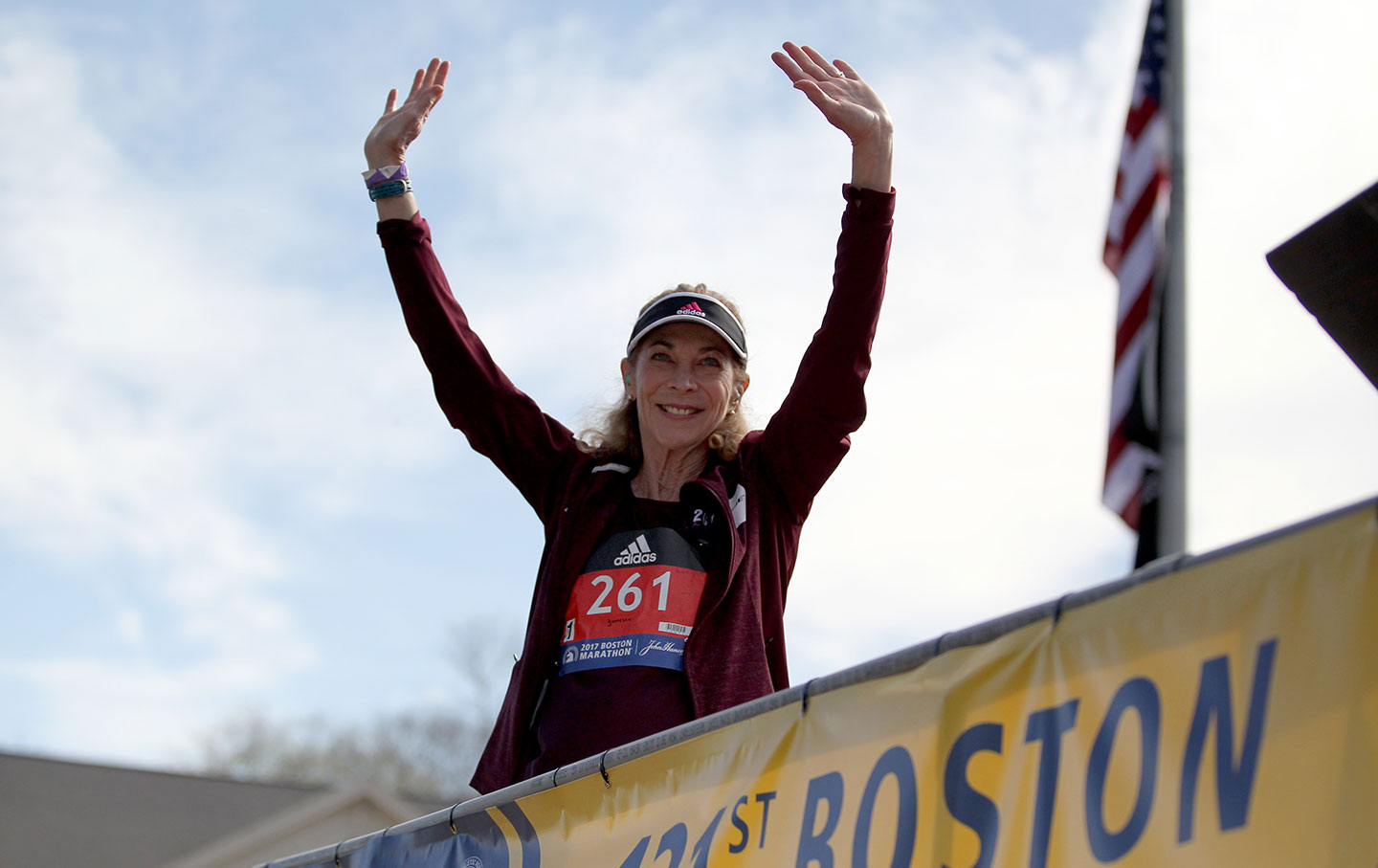 Roughly 14,000 women are running in the 2017 Boston Marathon, making up nearly half of the participants in the brutal 26.2 mile race. One of them is 70-year-old Kathy Switzer, and her presence is provoking awe and appreciation. In 1967, Switzer started the road to 14,000 by becoming the first registered woman to run in the race, and she had to commit an act of civil disobedience to make it happen. Wearing the number 261, and signing up as K.V. Switzer, she took to the streets of Boston and proved that the marathon organizers were wrong and women could very well handle Heartbreak Hill and everything else the race could throw at them. (It is worth noting that Roberta Bingay Gibb had completed the Boston Marathon the year before without registering and without a numbered bib.)

Five miles in, one of the marathon directors, Jock Semple, actually jumped off a truck to forcibly remove Switzer from the course, yelling: “Get the hell out of my race!” Switzer described him in her memoir, Marathon Woman: Running the Race to Revolutionize Women’s Sports, as “A big man, a huge man, with bared teeth…set to pounce… before I could react he grabbed my shoulder and flung me back.”

But the men running with her fought him off, as Kathy Switzer’s face remained focused and resolute, somehow shutting out the chaos taking place around her. This created a series of iconic photos that speak to questions of male solidarity in the face of sexism and violence, questions that are far from being answered.

Now, 50 years later, Kathy Switzer returns—once again wearing 261. She has run 39 marathons over these past 50 years, and this will be her first return to Boston since 1976. After the race, her number 261 will be retired, making her the second person to ever receive that honor.

Here is a short clip about Kathy Switzer from a documentary I made with the Media Education Foundation, Not Just a Game, if you would like to see the images from that day.