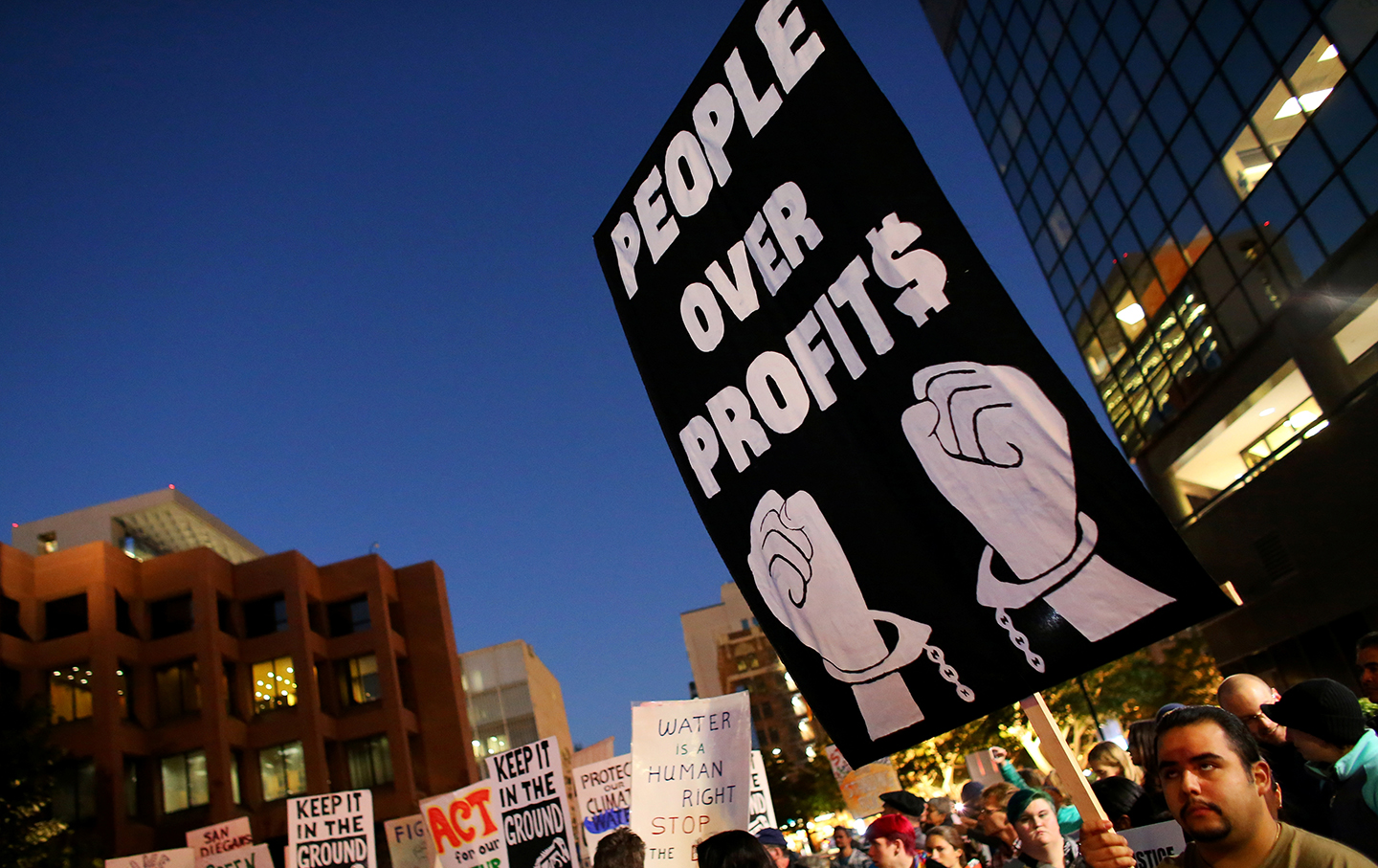 Democrats have launched a long-overdue debate about what they will stand and fight for. The party is impressively united—and its activists mobilized—against President Trump and the right-wing Republican agenda. With Trump unpopular and the Republican Congress even less so, Democrats are salivating at the prospect of a wave election next year that would allow them to take back Congress. After they came close but lost this year’s handful of special elections, there is increasing recognition that “we’re not them” is not sufficient. Democrats have to have a more compelling economic agenda and message. Not surprisingly, there is widespread disagreement about what that message should be.

In The New York Times, Mark Penn and Andrew Stein argue that the path back to power for Democrats is “to unquestionably move to the center and reject the siren calls of the left, whose policies and ideas have weakened the party.” Penn and Stein are deliciously unseemly personifications of the party’s money wing. Penn served as “chief strategist” for Hillary Clinton’s failed 2008 campaign while continuing as chief executive of Burson-Marsteller, a public-relations firm with clients such as Blackwater, the shady private mercenary firm; drug companies such as Amgen; and British Petroleum, the company besmirched by the Gulf of Mexico oil spill. He was forced to resign from that campaign when it was revealed he had met with Colombian officials about a free-trade agreement that Clinton nominally opposed. The multimillionaire Stein, a former Manhattan Borough president, was convicted of tax evasion and endorsed Trump in 2016.

Penn and Stein invoke President Bill Clinton as their ideal, arguing that Democrats should be the party of “fiscal responsibility,” “above partisanship,” and focused on “economic growth” and rising wages. They trot out a range of issues that are standard Democratic Party fare—infrastructure investment, immigration reform, community policing, protecting workers in the “gig economy” and “holding the line” against Republican efforts to repeal Obamacare. Adopting the scabrous rhetoric of the right, they warn that “bigger government handouts” won’t win working-class voters back. Their particular bêtes noires are “identity politics” and “political correctness,” represented by “transgender bathroom issues” and “sanctuary cities.”