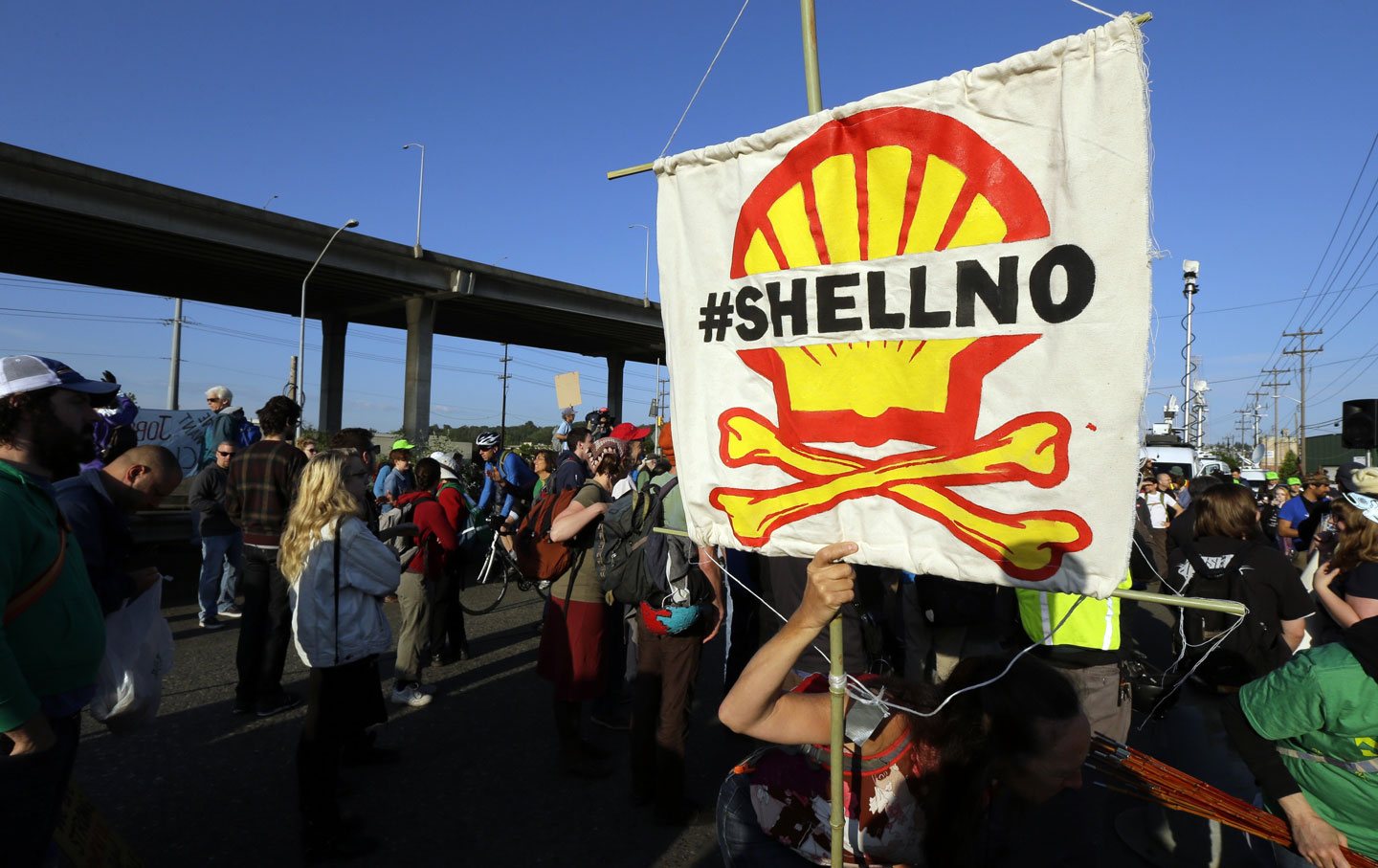 Demonstrators opposed to Arctic oil drilling protest a lease agreement between Royal Dutch Shell and the Port to allow some of Shell's oil drilling equipment to be based in Seattle. (AP Photo/Ted S. Warren)

Sign the petition below to join The Nation and 350 Action as we call on the 2016 presidential candidates to refuse campaign contributions from fossil-fuel companies.

To the 2016 Candidates for President of the United States:
As a candidate for president of the United States, it is imperative that you take a strong stand on the overriding challenge of our time: confronting the growing danger of climate change. To affirm that you are serious about taking on the climate crisis and standing up to the corrupting influence of fossil-fuel companies, we call on you to take the following pledge:
In the name of protecting our country and the world from the growing dangers of climate change, I will neither solicit nor accept campaign contributions from any oil, gas, or coal company.

As the 2016 presidential campaign heats up, voters deserve to know where candidates stand on the overriding challenge of our time: confronting the growing danger of climate change.

If humanity is to have a fair chance of limiting global warming to two degrees Celsius, the internationally agreed upon target, then we need to keep 80 percent of fossil fuels underground, unburned (and that’s according to the world’s best scientific analyses and such radicals as the International Energy Agency). This two-degrees limit, scientists say, is by no means safe; rather, it is the threshold between “dangerous” and “extremely dangerous” climate change.

Meanwhile, as The Nation‘s editors point out in a recent editorial, fossil-fuel companies continue to use their vast wealth and political and media influence to confuse the public and maintain the status quo. Oil, coal, and gas companies donated $91 million to candidates in 2012 alone, a number that amounts to pocket change for multibillion-dollar companies but reaps them a stupendous return on their investment.

In recent months, scores of governments, universities, companies, and pension funds across the United States and around the world have begun to divest from oil, gas and coal companies. Now is the time for the politicians who wish to lead the nation to follow their example.

Voters deserve to know whether our candidates will do what the science demands: keep the majority of US coal, oil, and gas reserves underground. And if we’re going to trust politicians’ assurances, we need to know that they’re not taking campaign contributions from the very industry that’s driving this crisis.