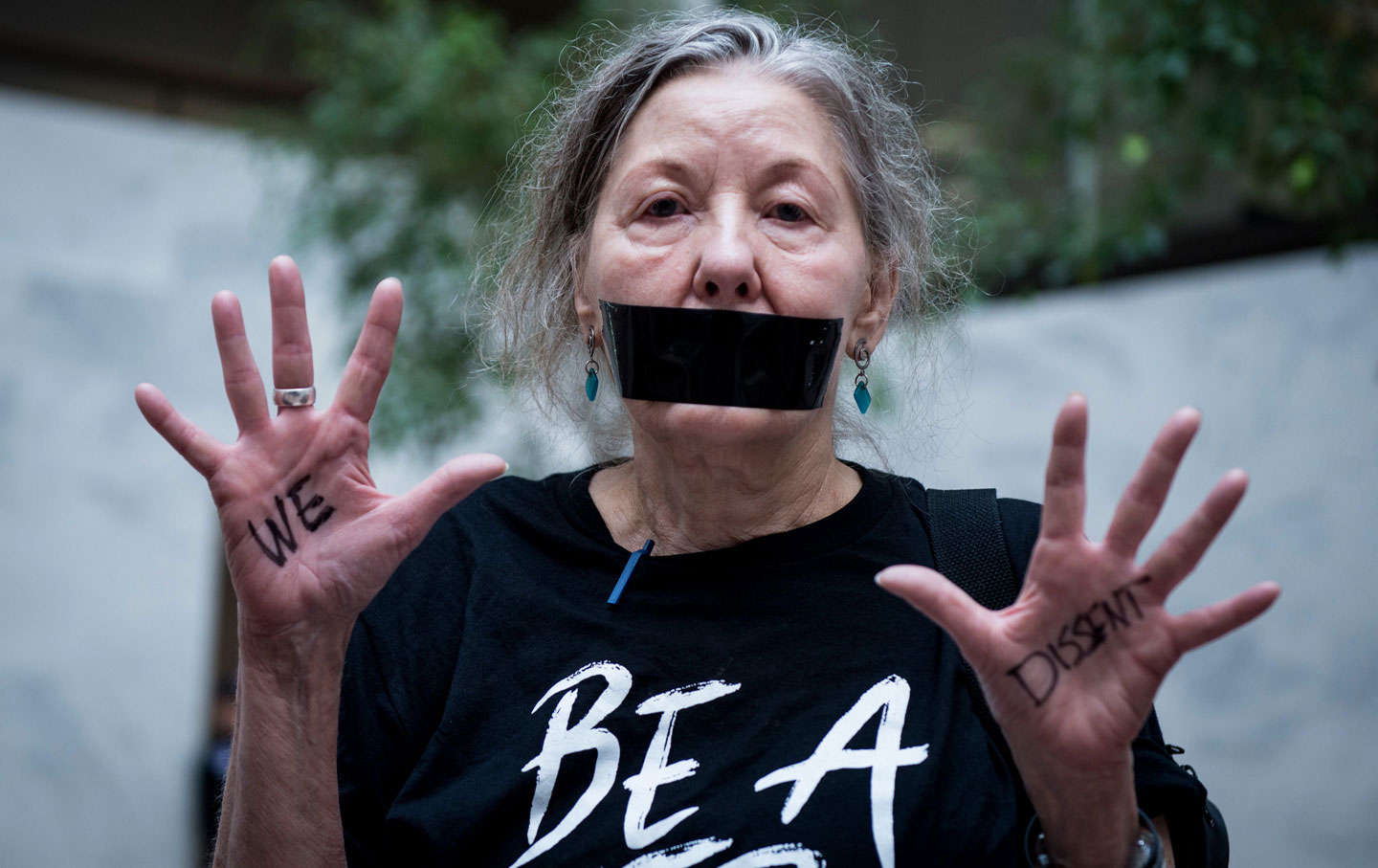 A group of women are seen wearing black veils and black tape over their mouths outside of the fourth day of Brett Kavanaugh's hearing before members of the Senate Judiciary Committee in the Hart Senate Office Building Friday. (CQ Roll Call/Sarah Silbiger)

This week’s Take Action Now is focused on stopping Brett Kavanaugh’s nomination to the Supreme Court, protests against Trump’s plans to indefinitely detain immigrant children, and the first anniversary of Hurricane Maria.

To expand your impact, forward this email to your friends and family. They can sign up for Take Action Now here.

This morning, activists from the Families Belong Together Campaign, the National Immigrant Justice Center, Mamás Con Poder, and others walked out of a Senate hearing to protest the Trump administration’s plan to hold immigrant children in detention indefinitely. To ensure this crucial protest doesn’t get overlooked in a busy news cycle, follow the hashtags #FamiliesBelongTogether and #EndFamilyDetention and tweet, post on Facebook, or tell friends about Trump’s horrific plan and the brave activists fighting against it.

This Thursday marks one year after Hurricane Maria devastated Puerto Rico, an event that was followed by months of callous neglect by the federal government and an estimated 2,975 deaths. Groups including the Center for Popular Democracy Action, VAMOS4PR, and Organize Florida are organizing vigils to demand a just recovery. Find one near you and attend or host your own.

We already knew that Brett Kavanaugh’s confirmation to the Supreme Court would be terrible for abortion access, the environment, and workers’ rights, among other issues. Now, Dr. Christine Blasey Ford has come forward with an allegation of sexual assault perpetrated by Kavanaugh. Senate Republicans are moving forward with Kavanaugh’s nomination, despite the seriousness of the accusation, and on Monday, Ford will bravely testify in front of the Judiciary Committee. Join activists engaging in direct action in DC on Monday to demand the Senate vote “no” on Kavanaugh’s confirmation. If you’re nervous about taking action, check out Ady Barkan’s powerful article in The Nation on the importance of this fight.