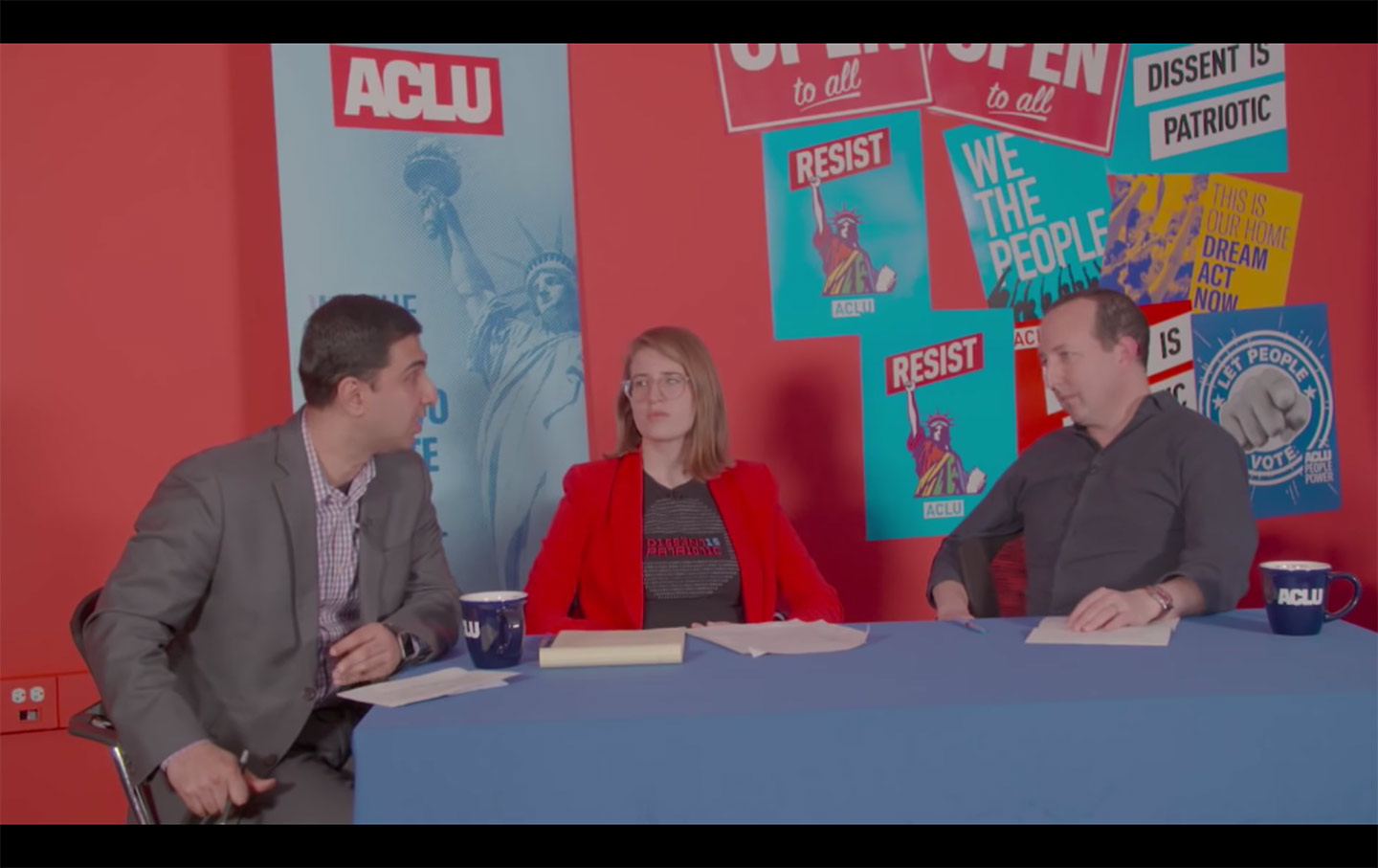 Correction: This article incorrectly suggested that speech in high schools cannot be regulated based on its content. Schools can, in fact, punish students for content that is lewd or profane, is anticipated to be disruptive or encourages illegal drug use.

On March 1, the American Civil Liberties Union hosted a Know Your Rights student-activist training session to explain how First Amendment rights protect school protest. You can watch a video of the training, presented via YouTube live, here.

The training featured two ACLU lawyers, Vera Eidelman and Ben Wizner of the ACLU’s Speech, Privacy, and Technology Project, who discussed and answered questions about students’ right to protest. According to the ACLU, staff has been fielding questions from students, teachers, and parents across the country about how they can engage in the protests happening in high schools and middle schools in solidarity with the students of Parkland, Florida.

It’s important to note that because the First Amendment pertains to what the government is prohibited to regulate, the information shared in the training is mostly only applicable to public-school students. Students at private schools do not have guaranteed free-speech rights, because private-school administrations are not public actors. Additionally, students’ speech rights vary based on immigration status, meaning that students without American citizenship are not guaranteed First Amendment rights.

Tinker v. Des Moines, a 1969 Supreme Court decision that upheld a group of public-school students’ right to protest the Vietnam War in a nondisruptive manner by wearing black armbands, is crucial to the contemporary legal landscape of school protest. Tinker established that, as Justice Abe Fortas wrote in the decision, students do not “shed their constitutional rights to freedom of speech or expression at the schoolhouse gate,” fortifying students’ First Amendment rights in a public-school setting. Notably, the ACLU represented the students involved in bringing this case, which was initiated in 1965.

The tricky part of Tinker, however, as the ACLU training noted, is that it only applies to behavior that is not “disruptive” to the school’s ability to function. What qualifies as disruption varies based on each situation and school, but, according to the ACLU, “a school disagreeing with your position or thinking your speech is controversial or in ‘bad taste’ is not enough to qualify” your speech as disruptive. But schools frequently get it wrong, or don’t know, themselves, their students’ rights. For example, the training noted schools cannot punish students for the words or images displayed on their clothing on the basis of viewpoint. (They can prohibit content that is or is likely to be substantially disruptive, that it is lewd or profane, or that it encourages illegal drug use.)  Similarly, some schools have tried to punish students for what they post on social media—which they can do successfully only if a judge rules that the postings have or are reasonably anticipated to have a substantially disruptive impact on school operations.


When it comes to applying this to a time when students across the country are organizing walkouts calling for meaningful gun-control measures, schools are permitted to punish students for participating in walkouts. The punishment, however, must not exceed the normal punishment for an unexcused absence or leaving the building without authorization. That is to say, schools are not allowed to give a harsher punishment because students are making a political statement. The ACLU recommends that before organizing or participating in a walkout students find out what the usual punishment would be for leaving class and/or the school building. That way, students can know what kind of punishment to reasonably expect and will be able to tell if a school is imposing a punishment that is unnecessarily harsh.

Should you experience problems negotiating the terms of school protest or free speech at school with teachers or administrators, the ACLU encourages you to let them know about your experience by filling out this online form.